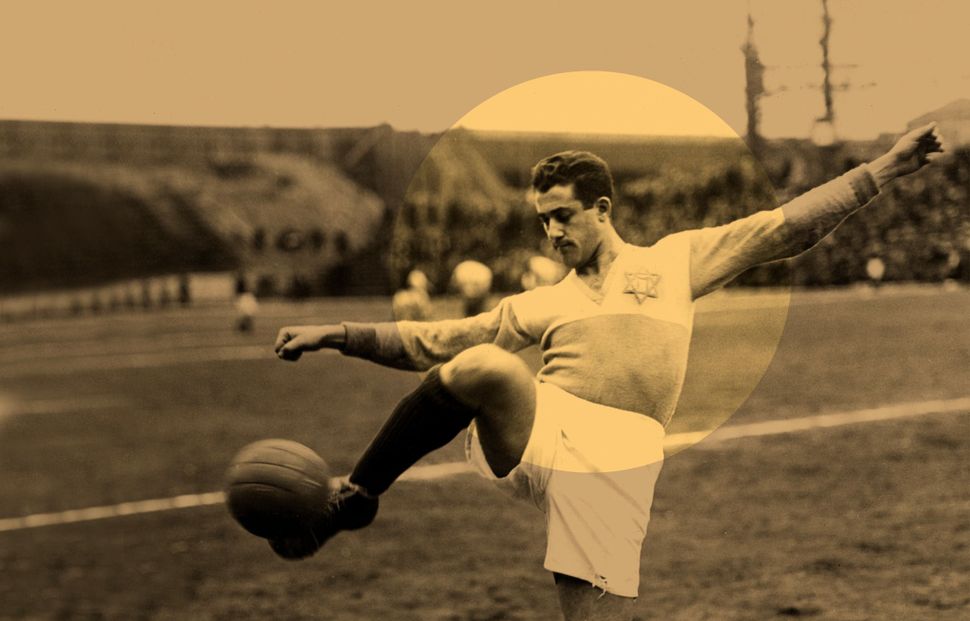 Imagine the world’s leading soccer league — the English Premier League, say, or Spain’s La Liga — being won by a Jewish club, with a Jewish name, Jewish owners, Jewish fans and Jewish players wearing a kit bearing a large Star of David. Imagine those players and fans regularly receiving anti-Semitic abuse and violence, but still playing and winning as proud Jews. Then imagine this club attracting worldwide acclaim before being closed down by an anti-Semitic government and the team’s founders and players fleeing to exile, going into hiding or, in many cases, being murdered.

This is the story of Hakoah Vienna, champions of the world’s first professional soccer league in Austria in 1925. Hakoah’s story is the greatest in Jewish sport, and part of the extraordinary Jewish culture that shone so brightly in central Europe in the 1920s and 1930s. Jews transformed soccer just as they transformed so many aspects of European life, but unlike the Jewish artists, philosophers and writers of that period they are all but forgotten.

The Holocaust swept away this Jewish soccer scene, but the governing body of world soccer, FIFA, and its European affiliate, UEFA, do not hold any events to commemorate Holocaust Memorial Day. Anti-racist campaigns abound in soccer, but few recall the damage done by anti-Semitism to the world’s most popular sport. By neglecting this memory, soccer betrays its own history.

The greatest soccer Jew of them all was Béla Guttmann, who is the subject of a new biography by David Bolchover, “The Greatest Comeback: From Genocide to Football Glory.” Guttmann played for Hakoah during its championship season, was an early champion of soccer in New York where he played and coached, and then returned to manage Hakoah. He was its last manager before the Nazis closed the club down in 1938. During the spring and summer of 1944, when the Nazis deported over 400,000 Hungarian Jews to their deaths, Guttman was hiding in an attic above his future brother-in-law’s apartment on the outskirts of Budapest. He later escaped from a forced labor camp to avoid deportation to the Reich and almost certain death. His father, sister, nephew and other extended family members were all murdered in the Holocaust. 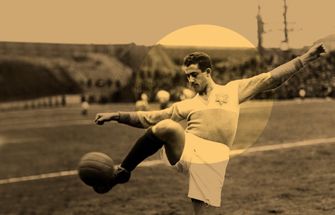 After the war, Guttmann went on to win trophies as a manager in Hungary, Portugal and Brazil before cementing his place in football history by winning successive European Cups with Benfica in 1961 and 1962. Bolchover calls Guttmann “the Jew who conquered Europe,” but Guttman never spoke about his wartime experiences, and rarely acknowledged the anti-Semitism he faced throughout his career as a player and manager.

Guttman is far from a one-off. European soccer before the war was dominated by Austria and Hungary, and soccer in Austria and Hungary was dominated by Jews. Clubs founded by Jews, for Jews, sprung up in cities across Europe. The main rivalry in Hungary was between MTK Budapest, still to this day known as a “Jewish” club, and Ferencvaros, its Hungarian nationalist rival. From 1900 to 1930 over half of all MTK’s players, and a quarter of those who appeared for Ferencvaros, were Jewish. When Guttmann made his debut for the Hungarian national side in 1921 he was one of six Jews in the team. This was a time when pioneers and visionaries in both countries were transforming football from a simplistic, physical contest to the sport of sophisticated tactics and formations we know today.

The influence of these Jewish soccer stars spread across the globe. In 1923 Hakoah became the first foreign team to win on English soil when they beat West Ham United 5-0 in 1923. In 1926 their tour to the United States drew around a quarter of a million people to watch them play; one match, against a New York All Stars Select XI, was seen by 46,000, an attendance record that lasted until the 1970s.

It was as managers and coaches, though, that Hungarian and Austrian Jews spread their methods with astonishing success. Guttmann and Izidor Kürschner both coached in Brazil and are credited with shaping Brazilian football before its first world cup win in 1958. Hugo Meisl managed the Austrian national “Wunderteam,” the best in Europe at the beginning of the 1930s, and created the pre-war Mitropa Cup, the first European competition to pit clubs from different countries against each other in the way that the Champions League does today.

Lippo Hertzka managed Real Madrid to their first league championship win in 1932 and did the same with Benfica four years later. Richard Kohn, nicknamed “Dombi,” coached Bayern Munich to their first championship in 1932 and then won the league in Holland for Feyenoord, where there is a street named after him. Lajos Czeizler won the Serie A title in Italy with AC Milan in 1951 (their first since 1907) as well as winning the Swedish league five times with IFK Norrköping and coaching the Italian national side. József Künsztler still holds the record for championship wins in Cyprus, having won it eight times with Apoel FC (to add to his one Greek championship win with Panathinaikos). Imre Hirschl won the Argentinian league twice with River Plate and the Uruguayan league with Peñarol. When Guttmann escaped from that slave labor camp in 1944, alongside him was Ernő Egri Erbstein, who coached Torino to successive Serie A titles before tragically dying with all his players in the Superga plane crash in 1949.

Their story is part of the lost civilization of European Jewry. Max Scheuer, who captained Hakoach in its famous victory over West Ham in 1923, was murdered at Auschwitz, as were two of the club’s Jewish founders and six other players. Árpád Weisz, who won the Italian Serie A title three times as coach of Inter Milan and Bologna — and was the first foreign coach (and still to this day the youngest) to win it — was murdered at Auschwitz. Lipót Aschner, club President of Ujpest when Guttmann coached them to success in the Mitropa Cup in 1939, was deported to Mauthausen but survived. Guttmann and Erbstein, as we have seen, survived only by escaping from a camp. Many others lost their jobs, homes and families.

This isn’t just Jewish history, and this wasn’t only a Jewish tragedy. It is part of soccer’s history; part of the story of the game that enthralls billions around the globe. The soccer world has done little to keep this memory alive and nor, to our shame, have Jewish communities. The global language of soccer might even help stop the spread of anti-Semitism today, if young fans knew about the role Jews played in building the sport they love. If they knew that the pre-War Lionel Messi or yesterday’s Jose Mourinho (or Pep Guardiola) were Jewish. It is time for soccer clubs and governing bodies, and for fans, Jewish and not, to put this right. It’s time to remember Hakoah Vienna.

Dave Rich is Head of Policy at the Community Security Trust, Associate Research Fellow at the Pears Institute for the Study of Antisemitism and author of “The Left’s Jewish Problem: Jeremy Corbyn, Israel and Anti-Semitism.”