In Two Films, Opposite Sides Of The Holocaust’s Intergenerational Trauma 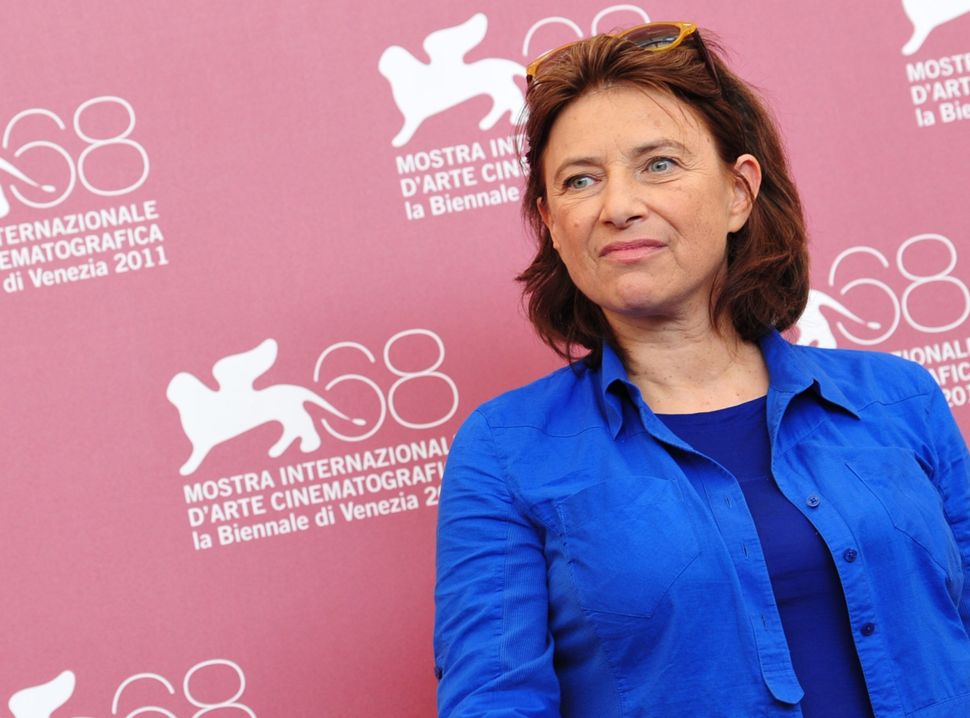 In the opening shots of Chantal Akerman’s 1980 film “Dis Moi” (or “Tell Me”), the director shows herself unhurriedly traversing the streets of Paris. Set against these disarmingly low-key images, we hear a conversation between the director and her mother, Natalia, or Nelly, who lost her own mother – Chantal’s grandmother – in the Holocaust. In rather matter-of-fact tones, Nelly mentions that her mother was deported at age 35, and that she was sent to the camps herself. After she was eventually released, she went to live with her grandmother, who did everything she could to give her a good life. “I didn’t feel like the others, who had lost everything,” she explains. “I had friends like that, they were terribly unhappy.” This transformative episode in the filmmaker’s family history is related in the space of about two minutes.

Akerman’s film will be playing on Saturday alongside Su Friedrich’s “The Ties That Bind” (1985) at New York’s Metrograph as part of a broader series named after it, “Tell Me: Women Filmmakers, Women’s Stories.” Organized by programmer Nellie Killian, the series showcases films that create space for women to directly address their own lives and experiences. “I wanted there to be movies about everyday life [or] where women talk about friendships, relationships, and jobs,” Killian explained in an interview with The Moveable Fest. “It’s not just listening to women when they have some urgent, horrible thing to tell you. They’re never going to tell you if you’re not listening to them generally.”

“Dis Moi” and “The Ties That Bind” both address World War II and the Holocaust, some of the weightiest and most painful subject matter there is, but they do so in a way that is inextricably linked to everyday existence, and women’s lives in particular. “Dis Moi” was made for a French television series about grandmothers, and Akerman’s own grandmother functions within the film as a sort of structuring absence. In her place, Akerman interviews a trio of Parisian Jewish women who survived the Holocaust, each of whom reacts to the filmmaker, almost instinctively, as if she were some long-lost progeny. Interspersed are excerpts from Akerman’s conversations with her own mother, who remains unseen throughout.

Over the course of her career, Akerman, who committed suicide in 2016, was carried to many unexpected places by her severe stylistic restlessness. Yet she was doggedly followed by certain preoccupations, among them the Holocaust and feminine familial connections, often messily intertwined with desire and the longing for connection. In this way, there’s something about her work that recalls the British DJ John Peel’s characterization of the music of the recently departed Mark E. Smith, the driving force behind The Fall, as “always different, always the same,” — though this description is perhaps applicable to every genuinely great artist, in addition to many ordinary people, and very possibly the universe itself.

For those already invested in Akerman’s work, “Dis Moi” takes on an extra poignancy from the way it resonates with her other films, particularly her final work, “No Home Movie,” which deals with the death of her mother. Nelly Akerman was a major presence in her daughter’s work going back to “News From Home” (1977), which juxtaposed her letters from Brussels with footage Akerman shot while living in New York. By the time of “No Home Movie,” Nelly Akerman resembles the elderly Jewish grandmothers who Akerman interviews in “Dis Moi.” One’s awareness of her death, as well as that of the filmmaker, adds another dimension to a film about loss and historical memory, itself by nature a very delicate thing.

Coming and going in a quick 45 minutes, “Dis Moi” stakes out a place for itself between recognizable domestic warmth and unimaginable trauma. The women Akerman interviews speak openly about the loss and suffering they endured, but they do so within the space of their everyday lives. For her part, Akerman finds herself in the role of the dutiful grandkid, polite but comprehending too little, unable to fully make sense of the women’s experiences or even take in the entirely of their warmth. “Eat,” one of them commands the director, “or I won’t tell you the rest.” Though the gap of experience may not prove bridgeable, the film culminates in a lengthy, lovely image of intergenerational companionship: Akerman and her final interlocutor sit side by side, watching a pulpy French crime program while eating dinner. Owing to either some sense of matriarchal comfort or the vodka that accompanies the meal, our director starts nodding off.

“The Ties That Bind” also focuses on a filmmaker’s mother and her experiences of the war, but with a crucial difference: Su Friedrich’s mother, Lore, was German. The movie focuses on her life in Nazi Germany, though equally important are Friedrich’s own attempts to come to terms with her mother’s connection to the most infamously murderous regime in a century full of them. Like “Dis Moi,” “The Ties That Bind” is driven primarily by verbal testimony, though unlike in Akerman’s film, which lingers patiently on the faces of its subjects, we never see Lore speak. Instead, Friedrich edits together an associative, heterogeneous array of images, including but not limited to: Her mother going for a swim, the construction of a plastic model of a very German-looking house, and footage from a feminist demonstration against U.S. militarism at an army depot in upstate New York. The questions Friedrich asks her mother and the director’s commentary are not spoken; instead, she writes directly into the film by scratching the celluloid. The divergence between sound and image creates a sort of analytic distance, between viewer and subject, but also, crucially, between mother and daughter.

“I remember the extraordinary sadness when the elections came and Hitler came to power,” Lore says at the beginning of the film, a statement that might put an American audience in mind of certain recent events. Indeed, her anti-Nazi family even engaged in what might be called resistance, standing up to fascist teachers and refusing to go along with the pageantry. Yet as the chronology progresses, Lore’s position becomes more dubious. As a German citizen, her complicity is inescapable, and yet its degree is amorphous and impossible to satisfactorily define. When Lore maintains that she was ignorant of the final solution, saying that there weren’t killings at Dachau until the very end of the war, Su’s writing directly contradicts her mother’s words. Yet Lore’s evident intelligence and decency prevent us from coming to any easy conclusions. As Friedrich writes, “And after I blame the Germans OR WISH THAT MY MOTHER HAD DONE SOMETHING ANYTHING I ask myself what I would have.” She notes the case of Sophie and Hans Scholl, German students executed for subversion, and the Allied leadership’s refusal to bomb the railroads leading to the camps. It’s hard not to wonder what one would have done in that sort of situation. One hopes to never have the question answered definitively.

Both “Dis Moi” and “The Ties That Bind” are of an era when a considerable number of people in much of the world carried memories of trauma and destruction that are hard to fathom. Since these memories often remained unspoken, it is difficult to estimate how they affected people and shaped their societies. Akerman and Friedrich’s films are startling to watch today because, through their unassuming means, they reveal a profound gap between ourselves and people who lived not so long ago, whose appearances and habits were very much like our own.

As these direct memories recede, we’re not likely to know the full magnitude and significance of this change. And yet it’s hard to deny that the current trends are disconcerting. As Friedrich’s mother muses, “There are times when something good should happen, and evil arises. It’s terrifying”

Daniel Witkin writes about film for the Forward

In Two Films, Opposite Sides Of The Holocaust’s Intergenerational Trauma