A group of Forward donors will see the new Broadway show that everyone is talking about.

On February 25, we’ll have a delicious lunch, executive editor Dan Friedman will lead an exclusive discussion with the play’s author Itamar Moses and then we’ll all go to see “The Band’s Visit” — the best new musical of 2017.

THIS EVENT IS SOLD OUT

Based on one of Israel’s most celebrated movies — the multiple Ophir-winning “Bikur HaTizmoret” (“The Band’s Visit,” 2007) by Eran Kolirin — the musical features Tony Shalhoub (“Monk,” Samuel Beckett’s “Happy Days,” and “The Marvelous Mrs. Maisel”) and Katrina Lenk (who recently starred in “Indecent”), with a book by Itamar Moses and a score by David Yazbek (“The Full Monty,” “Dirty Rotten Scoundrels,” Women on the Verge of a Nervous Breakdown”). 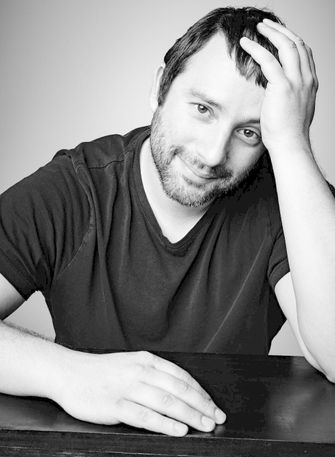 Image by Courtesy of Itamar Moses

Itamar Moses is one of America’s brightest young writers for stage. In publication, his acclaimed “Bach at Leipzig” was introduced by Tom Stoppard. He has written for television (TNT’s“Men of a Certain Age” and HBO’s “Boardwalk Empire,”), original plays (“The Four of Us”), adaptations (“Fortress of Solitude” — with Michael Friedman) and other musicals (“Nobody Loves You” — with Gaby Alter),

A graduate of Yale and NYU, his work has appeared Off-Broadway and elsewhere in New York, at regional theaters across the country and in Canada, Hong Kong, Israel, Venezuela, Turkey and Chile. Awards for his work include Lucille Lortel, New York Drama Critics Circle, Outer Critics Circle and Obie awards in New York, as well as awards from the Portland, San Diego, Dallas, and Bay Area Theatre Critics Circles.

To find out how to become a donor to the Forward, email Robbie Caplan.