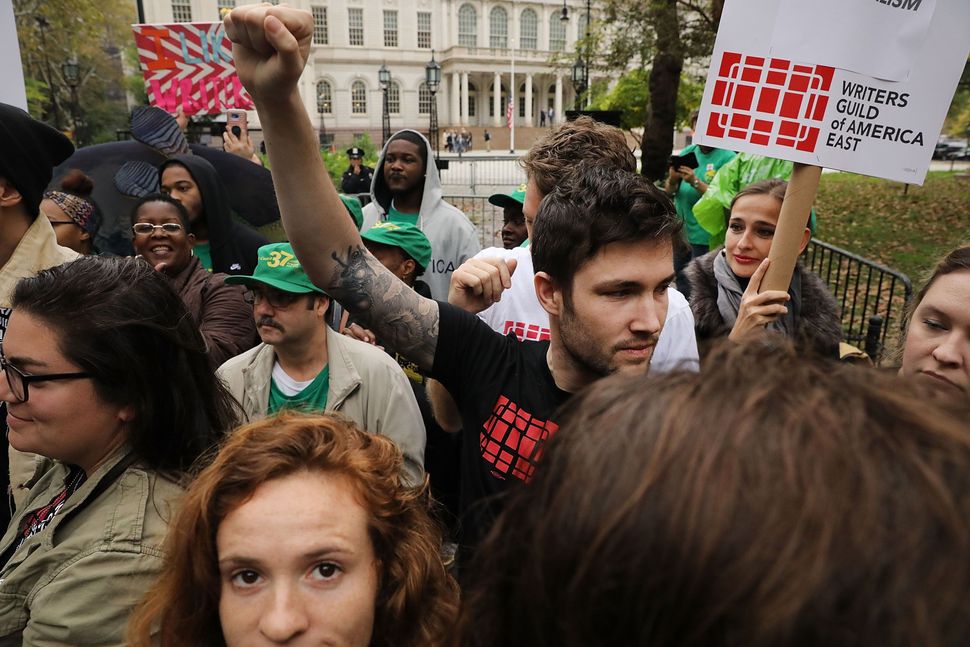 This morning, those of us who pine for quality local journalism woke up to a startling sight: Actual good news. A consortium of local radio stations, including New York’s WNYC, Washington D.C.’s WAMU and Southern California’s KPCC announced they had banded together to revive beloved local news organizations Gothamist and DNAInfo.

As Wired reports, Billionaire Joe Ricketts shuttered the sites last fall, a week after employees at both companies chose to form a union. The move understandably shocked Gothamist’s founders, Jake Dobkin and Jen Chung. Dobkin told Wired, “I think you can imagine how we felt. It was unexpected.” Many called Rickett’s move to close the sites spiteful, particularly criticizing his choice to remove DNAInfo’s and Gothamist’s archive of stories.

The archives were later restored; they will now be maintained by the consortium of local radio stations. In addition, Gothamist, DNAInfo, and associated sites — including DCist and LAist — will begin publishing new content this Spring.

In celebration of this fantastic announcement, we found some of Gothamist’s best Jewish coverage.

1) “Why Do So Many Jews Who Leave The Ultra-Orthodox Community Commit Suicide?” by Batya Ungar-Sargon

The Forward’s intrepid opinion editor Batya Ungar-Sargon wrote an extremely powerful piece for Gothamist in 2015 on the concerning number of suicides among Jews who choose to leave the Ultra-Orthodox community. She spoke to a number of Jews who felt ostracized and shunned by their families and loved ones, and described the work of the organization Footsteps, which helps give ex-Haredi Jews looking to live a secular life a community of peers, supportive counseling, and referrals for long-term care.

In 2016, Rebecca Fishbein tagged along with the annual Chabad-Lubavitch “Mitzvah Tank Parade” and wrote about the surreal experience for Gothamist. The piece sheds light on the Lubavitcher community for those unfamiliar, and contains a number of gems. Did you know the “Mitzvah Tanks” are known as such because they’re meant to combat an “army of evil”?

Nathan Tempey covered the outrage surrounding kapparot, the annual ritual slaughter of chickens practiced by certain Ultra-Orthodox groups, in 2016. The article is an example of Gothamist’s coverage at its best: It explores the history of the ritual, which apparently began around the year 600 C.E., and introduces many competing perspectives on this divisive practice.

Admittedly, this is less “hard-hitting journalism” and more “appealing to me because I haven’t eaten today.” Regardless, Nell Casey’s video conversation with the founders of The Gefilteria, which sells both Gefilte fish and a cookbook that reimagines recipes from the “old world,” is a great watch. In the video, the company’s co-founders, Liz Alpern and Jeffrey Yoskowitz, talk schmaltz — and even give a great recipe for making schmaltzy chopped liver pate.