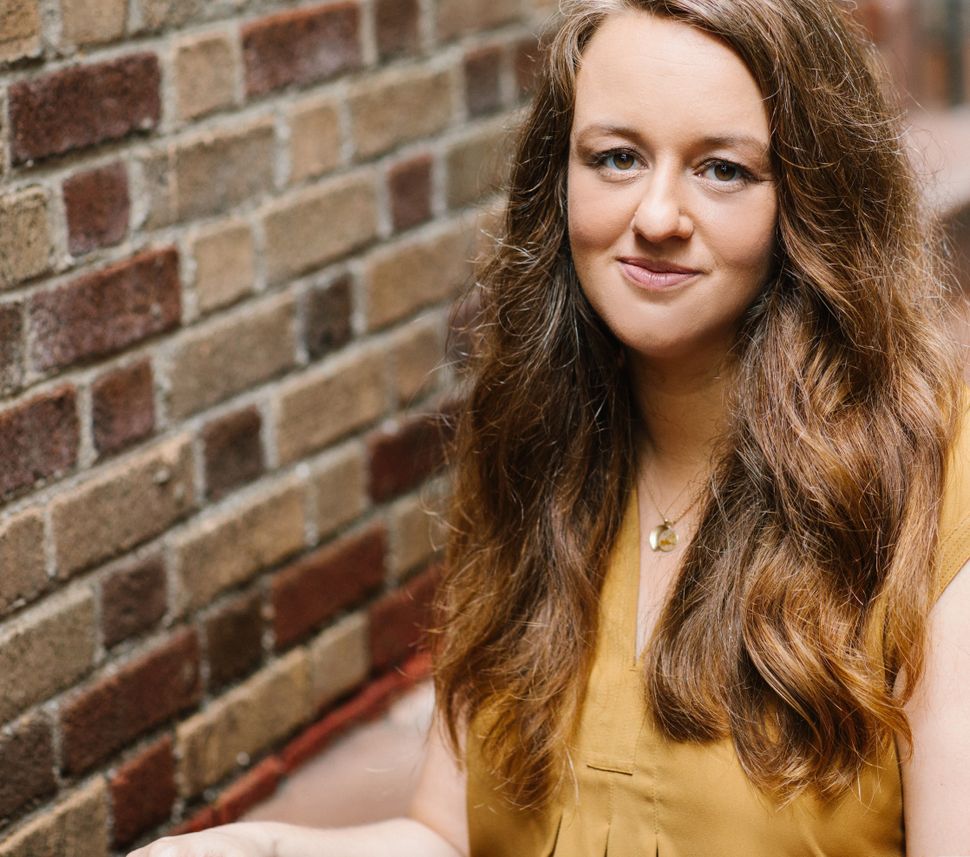 The title story in Danielle Lazarin’s new collection, “Back Talk,” subtly articulates why young women choose to stay silent about difficult experiences. A rumor spreads about the main character’s sexual activity, and her classmates quickly condemn her without asking for her side of the story. Lazarin writes, “it’s easy to believe what you hear when there is no back talk.” 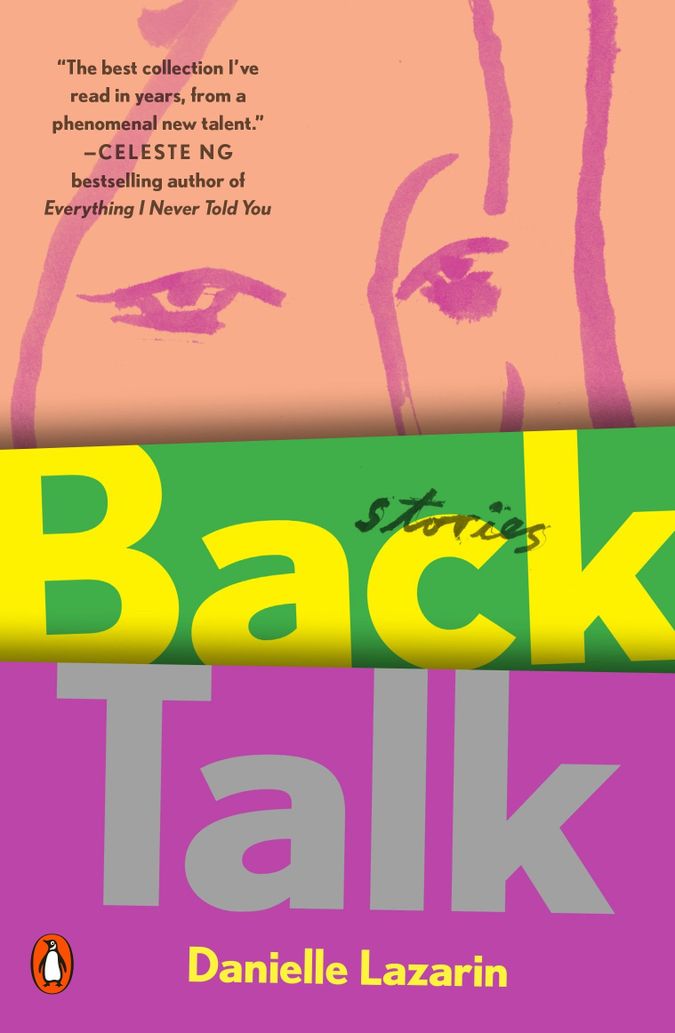 Image by Courtesy of Penguin Books

As the #MeToo campaign continues to spur “back talk” from women across the country, Lazarin offers a complex and evocative meditation on feelings that often remain unspoken. In her story “Appetite,” two sisters cope with their mother’s death: One adopts a hippie diet and the other loses her virginity. In “American Men in Paris I Did Not Love,” vignettes chart the narrator’s relationships with different men during a college year abroad. She withholds her opinions on her photography instructor, her boyfriend back home, and a friend who she must “try not to love.” Lazarin’s characters, who are mostly female, aren’t always assertive. Yet they always feel real.

Born and raised in New York, Lazarin has focused on writing short stories since studying creative writing at Oberlin in the late 90s. She spent spent her freshman year in college at the American University of Paris, worked in fundraising and development in San Francisco and received a Masters of Fine Arts in fiction writing from the University of Michigan. Finally she returned to the city. She now lives in Inwood with her husband and two children. By phone, Lazarin discussed the importance of putting feelings on the page; male readership; and why, as an all-black-wearing New Yorker, she doesn’t care that the cover of “Back Talk” is pink. The following interview has been condensed and edited for clarity.

Alina Cohen: This book is nearly two decades in the making. How did the stories come together?

Danielle Lazarin: When you write stories early in your career, they’re like practice for what you think you’ll write later. My earlier work was gathering ideas of what I was interested in, or obsessed with. I wrote stories of young women, and then as I got older, the characters got older. I experimented with different ways of telling [the stories].

Are there any vestiges of your college writing in “Back Talk”?

I wrote earlier versions of stories that were about teenage friendships and about young women trying to figure out what they want. As I got older, I was bolder in saying what the women actually wanted or didn’t want. In my undergraduate days, I think I was circling around that question, and I was more language-focused. That’s the way a lot of us come to writing fiction, through the beauty of language and image. When you keep going, you realize you need to tell a story.

Why weren’t you able to be so explicit about what the characters in your stories wanted when you were younger?

When you’re a woman making art in the world, you have this struggle between wanting to write women who are strong and bold, and also realizing that that is superhuman and won’t appear realistic. I didn’t want to expose my characters’ vulnerable underbellies. Both personally and in my writing, I began finding the place where vulnerability is strength. I’m forever grateful to one of the members of my writing group who encouraged me to open up this one character and let more of her feelings be known. I really wanted her to be strong, and she said, “just because somebody’s vulnerable doesn’t mean that they’re not strong.” I’ve carried that with me.

These stories are sincere in a way that isn’t often valued.

This is my bone to pick, my personal taste in literature. I think putting feelings on the page is really hard to do. There’s so much criticism of sentimentality, but I really want feelings on the page, something at stake for the characters. It’s really obvious to me when people are just putting characters on the page to move them around like chess pieces.

Some of the stories could really only take place in New York. “Floorplans” is, among other things, about New York apartments and how little space we have.

It’s a real estate story. In New York, I know a lot of people who dream that there’s another closet or room in your apartment. The nightmare is waking up and realizing it’s not real, and it’s never going to be. I wanted to write the New York that I know. I never lived here in my 20s. None of my cool years were spent here. New York, to me, is very neighborhood-centered. It’s finding those little beautiful spots in the dirt and mess of it all. “Floorpans” is also a story about neighbors and the way that people look out for one another. In New York, the overlap of private and public space — and the way that spaces and people are on top of one another — can lead to interesting situations.

How did your time away from the city impact your work?

I think a lot about the search for what “home” is and what it means to be comfortable in a place. Being away from New York raised those questions in me. I was trying for a long time not to live here. I thought I was going to find this other place that would feel right, and I would just ease in. San Francisco is this beautiful, amazing place where I never felt like I belonged. That’s an important feeling for everybody to have at different times in their life. My years away helped me hone those questions about what it means to belong.

Some of your characters are vaguely culturally Jewish. They say Kaddish, one is named Lev. But it’s subtle.

The stories reflect the role of religion in my life growing up. It’s part of my identity, but I often say that I’m an atheist Jew. I grew up pretty non-religious, but I spent the first ten or eleven years of my life living with my Yiddish-speaking grandparents and a Kosher kitchen.

Did any of your family members have any issues with the book?

No. Years ago, when I first published “Spider Legs” in Glimmer Train, my family was convinced the story was about them. The first line says, “My father insists on driving me to the airport himself, although I could easily take a cab.” That’s exactly something my father would do. He doesn’t think we should walk anywhere. The story, though, is not like my family. There’s no divorce, no half-siblings, no second marriages, nobody lives in Paris. The personalities are very different, but it’s really interesting how those things appear without my even realizing it. Nobody has filed any claims against me just yet.

The book is marketed for women. You’ve got a pink cover, a woman’s face on the front.

Of course I want men to read the book. I want everybody to read the book. I have plenty of men in my life who really care about hearing feminist stories. But the reality is, it’s mostly women who buy books. I have a female agent, editor and publicity team. I love the idea that my book’s being marketed to women as stories we tell as women. I’m at the point where it’s like, if men want to read the book, that’s awesome. I’m done asking for the approval of men; I don’t really need you. I need women to read this book and talk about it and share it.