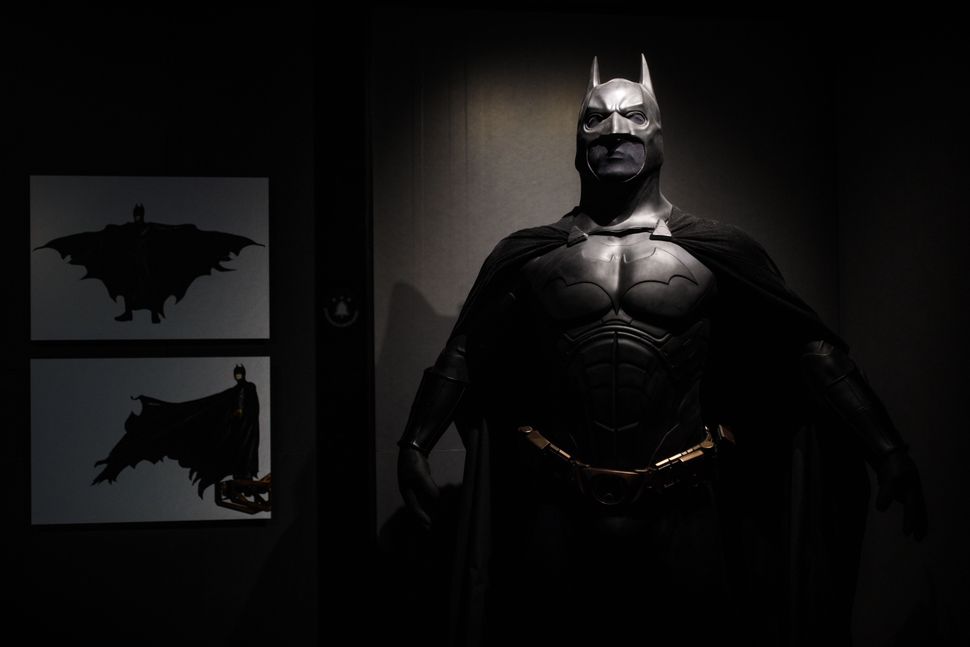 The Hollywood producer Benjamin Melniker, who died on February 26 at the age of 104, bought the screen rights to the DC Comics character Batman in 1979 and is credited as co-executive producer on every Batman film from Tim Burton’s 1989 effort to Batman Ninja (2018). His career proves that no comic book villains could match the nefarious dealings of filmdom’s kingpins. A considerable amount of Melniker’s long lifetime was spent in hellish legal strife with penny-pinching adversaries. Since victories in Hollywood are almost always Pyrrhic, Melniker and his partner Michael Uslan have producer credits on nearly 40 Batman films, but had creative influence on only the first of these. Uslan credits Melniker with supporting his vision of filming Batman as a dark, serious character, and not as the camp buffoon familiar from the TV series.

Uslan wrote in a Facebook reminiscence that Melniker was no less serious, refusing to write his memoirs out of a sense of personal responsibility. Although he knew where all the skeletons of Old Hollywood were buried, Melniker did not want to “negatively impact those people, their children or their grandchildren,” Uslan observes, concluding: “Ben was a mensch.” A brilliant legally-minded mensch, one might add. Due to his role a confidential negotiator, Melniker doubtless felt it would be inappropriate to divulge insider gossip in a tell-all. Although Hollywood history has been preserved by yentas, discretion was the better part of valor for Melniker, born in Bayonne, New Jersey in 1913. He was entirely more forthcoming when doing the hondling.

Uslan’s autobiography, recalls that even before their first Batman movie was greenlighted, he worked with Melniker to revive another DC Comics character, Swamp Thing, in a 1982 film directed by Wes Craven. Uslan and Craven watched in awe as Melniker, then almost 70, took charge of negotiations at an LA restaurant table, “occasionally resorting to speaking Yiddish.” Melniker’s reputation as a relentless negotiator at Metro-Goldwyn-Mayer Studios, which hired him in 1939, led to his being nicknamed the MGM Lion. His leonine qualities as company general counsel and vice president were especially welcome when Melniker was called upon to work with attorney Louis Nizer in United States v. Paramount Pictures, Inc., also known as the Hollywood Antitrust Case of 1948. In this Supreme Court decision, recounted by Nizer himself in his “My Life in Court,” movie studios were banned from owning their own theatres, thereby dealing a death blow to the studio system. Since studios could no longer hold exclusive rights over which theatres would show their films, Hollywood movies were thereafter produced, distributed, and shown differently. Melniker labored to make the separation of MGM and the Loews theatre chain, which until 1959 would be the parent company of MGM, as painless as possible for the studio. As an MGM dealmaker, Melniker went on to arrange contracts for such mega-productions as “Ben Hur”; “2001: A Space Odyssey”; and “Dr. Zhivago.” Possibly his most acrobatic feats of deal-making involved the 1970s Canadian tax shelter loophole, wherein investors in Canadian-made films received 100 percent of their investment back in the form of a tax credit. Melniker’s efforts made possible some of the resulting cheaply made movies, mostly in the horror genre.

His astuteness and experience actually worked against him in a 1994 case, Batfilm Productions, Inc. v. Warner Bros. Inc., in the Superior Court of California. Melniker and Uslan were to receive 13 percent of the net profits of the Batman film, which was a giant hit. Yet Warner Bros. argued that the 1989 Batman film had not made any net profits, despite having grossed over 400 million dollars worldwide. Surprising some, the California judge decided in favor of Warner Bros., noting:

“Mr. Melniker negotiated the Warner Agreement on his and Mr. Uslan’s behalf. No one is less likely to have been coerced against his will into signing a contract like the Warner Agreement than Mr. Melniker. This former general counsel and senior executive of a major motion picture studio (Metro Goldwyn-Mayer) knew all the tricks of the trade; he knew inside and out how these contracts work, what they mean, and how they are negotiated… Mr. Melniker was an old hand at motion picture agreements of this type and had negotiated other ‘Net Profits’ contracts like this himself. He had experience with similar provisions yet he never mentioned the interest issue with anyone at Warner Bros. Plaintiffs offered no evidence that they expected Warner Bros. to compute interest in any other manner. They have thus failed to prove that the contract defeated their reasonable expectations.”

By knowing all the “tricks of the trade,” Melniker was in no position to claim that the contract was unfair or unconscionable, since he had negotiated it. Such are the penalties of expertise in La La Land. This case has become a textbook example of how film studios arrange for net profits to remain less than zero, thereby avoiding paying out certain sums. It is cited in Victor Goldberg’s “Framing Contract Law: An Economic Perspective” and Donald Biederman’s “Law and Business of the Entertainment Industries.” In these books, Melniker’s bitter courtroom defeat as an octogenarian may serve as a warning to educate future generations of entertainment lawyers and negotiators. Even though his “knowledge and experience,” as mentioned in the 1994 case, worked against him, with colleagues he remained widely admired.

Batman, invented by two Jewish comic strip creators, Milton Finger, known professionally as Bill Finger, and Bob Kane (born Kahn), has inspired much analysis of the inherent Yiddishkeit in the superhero and his adventures. Stephen Tabachnick’s “The Quest for Jewish Belief and Identity in the Graphic Novel,” and Danny Fingeroth’s “Disguised as Clark Kent: Jews, Comics, and the Creation of the Superhero” explore these themes, just as any sociological or economic history of Hollywood cannot overlook the heated, convoluted style of executive-level tayne, where Melniker was an abiding star. It says much for his inner koyekh that after generations of such disputations, Melniker found a measure of tranquillity on golf courses near his long-time home in Roslyn Harbor, a village in Nassau County, New York.