If You Live In New York, Here’s The One Poem You Should Read Today 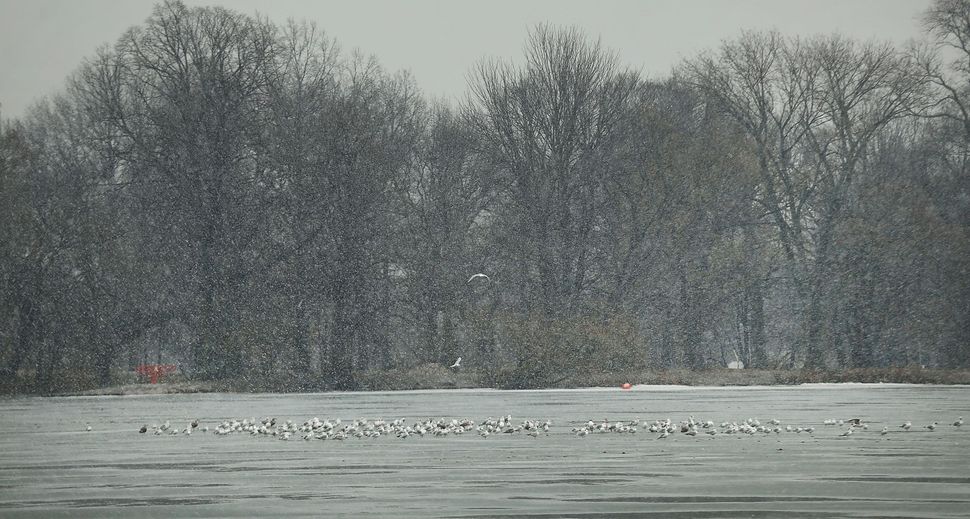 The weather in New York City is frightful! So far today it has windy-rained, rain-snowed, thunder-snowed, and just plain old snowed. It is dark and dreary and the floor of the subway cars is releasing a certain warm-wet scent, which is comforting in a disturbing kind of way. If you have spoken to another person today, they have likely complained about the weather, or possibly complained about the fact that the weather caused their own umbrella to hit them in the head. (Speaking from personal experience? Maybe.)

But wait! Even in dismal states of precipitation, there is joy to be found. Take some today from the poet Howard Nemerov, a son of Russian Jews who was born in New York City on a Leap Day, meaning that when he died in 1991 he was technically 71 years old, but practically just shy of 19.

Here is a very brief, very lovely poem he wrote that muses on precisely today’s type of grumpy-making weather. Spoilers: It is not actually about the weather. It is about finding grace in the apparently mundane, and taking time to open-heartedly observe the world around you. Called “Because You Asked About the Line Between Prose and Poetry,” it opens with the following scene, which a discerning reader might themselves have spotted today:

Sparrows were feeding in a freezing drizzle
That while you watched turned to pieces of snow
Riding a gradient invisible
From silver aslant to random, white, and slow.

Let us hope the sparrows find shelter, and that we, bedraggled Big Apple denizens, stay not only dry today, but also — dare I say it? — find some wonder in the weather’s ability to surprise. Read the full poem here, courtesy of the Academy of American Poets.

If You Live In New York, Here’s The One Poem You Should Read Today