Since its founding in 1996, more than 10,000 people have attended Klezkanada, the annual festival of Jewish culture and Klezmer music held in Quebec’s Laurentian mountains. Despite Klezkanada’s ambitious scale (besides music it features theatrical workshops, Yiddish classes, creative writing seminars and concerts), the organization never had a single full-time employee. Unlike most events of its size Klezkanada was able to successfully run its programming with only dedicated volunteers (especially its founders Hy and Sandy Goldman) and a part-time artistic director who oversaw the festival itself.

Looking to expand its programming, Klezkanada has hired Sebastian Schulman as its first-ever executive director. “Seb” as he is known to friends and colleagues (full disclosure: we worked together at the Yiddish Book Center), is a multitalented cultural worker who despite his relative youth has a wide range of academic and professional experience.

Outside the Jewish cultural world, Schulman is best known as a translator of Yiddish, Russian and Esperanto literature. At the Yiddish Book Center he founded and ran the organization’s annual fellowship for literary translators, which has trained more than 50 translators working from the Yiddish.

Unlike many academics Schulman also has a talent for fundraising and development. At the Yiddish Book Center and other organizations he helped to cultivate relationships with donors, apply for grants and organize benefits. Schulman expects that his diverse skill set will be put to good use at his new job.

But how did he, someone with no musical background, come to head an organization that is primarily known for running a Klezmer festival?

“I didn’t just show up out of nowhere,” Schulman told the Forverts in an interview conducted in Yiddish. “I’m part of the wider Klezkanada family.”

Schulman first attended Klezkanada in 2009 as one of the leaders of a special program for musicians and artists from the former USSR – “East Meets West.”

Although Schulman’s background isn’t in music he has no plans to change the festival’s focus.

“I think that we have a good mix of music, theater and language activities,” Schulman explained. “It’s a good proportion. We don’t think that the musicians are more important than the people who go to the film screenings or writing workshops. We want the klezmer folks to attend the language classes. As we say in Yiddish: ‘we make it possible to dance at more than one wedding.’”

One change that Schulman does hope to make is to organize more programming that takes place throughout the year.

“We would like to collaborate with other organizations,” Schulman said. “There are many groups in Montreal that work with Jewish culture. We have good relationships with all of them and we work together with the wider Jewish community, Sephardic organizations, music festivals, film festivals and so forth. We’re also aiming to bring music into both Jewish and non-Jewish schools.”

Schulman became enamored with both Yiddish and the city of Montreal while studying as an undergraduate at McGill. He believes that one of Klezkanada’s strong suits is that it is based in Quebec.

“Montreal is rich in culture,” Schulman said. “There’s a certain dynamic quality to Montreal, thanks to the playfulness between French and English that doesn’t exist in other cities. It’s a dynamic that mixes the American with the European; that mixes cultures and traditions. There’s always an audience for culture here. You have to work harder in other cities to get a good turnout.” 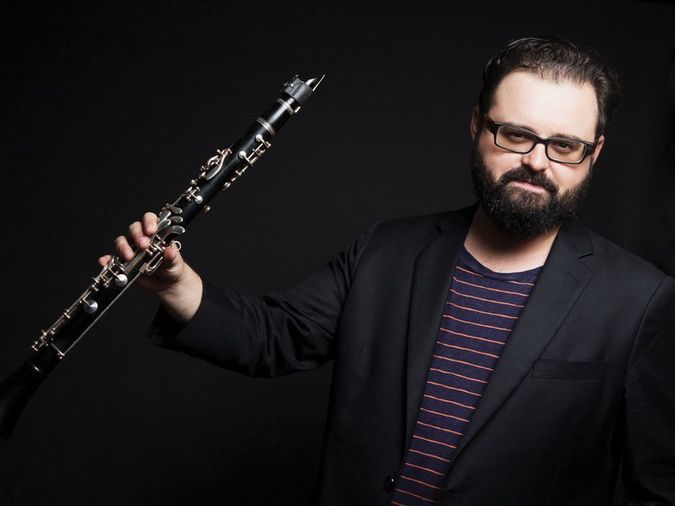 Together with Schulman, acclaimed Klezmer clarinetist Michael Winograd will be starting as Klezkanada’s new artistic director.

“I first came to Klezkanada in 1996 or 1997, when I was 15 or 16 years old,” Winograd said. He explained that his position as artistic director is especially meaningful to him because of the important role that Klezkanada played in his own development as a musician. He emphasized that it is very important to him and Schulman that Klezkanada provides around 75 young musicians and artists scholarships that enable them to attend the festival.

“Over the last five or six years there’s been an increase in the number of teenagers and folks in their early 20s,” Winograd said. “It’s much more social then when I came to it. Klezkanada now has its own micro-community of young people that continues year-round. It’s very important to us to ensure that they can continue coming and further develop this culture.”

Looking forward to Klezkanada 2018, which will take place from August 20th – August 26th and mark the 75th anniversary of the Warsaw Ghetto Uprising with the theme “Uprising/Rising Up,” both Schulman and Winograd noted that they don’t plan to change much.

Winograd credits the previous artistic director Frank London with widening the festival’s scope. “Thanks to Frank, there are more concerts. He encouraged families to bring their kids and brought in more children’s programming. I’d like to keep those things. This year we’re still figuring out the dynamics. I’m new. Seb is new. It’s great to have someone like him to work with and see how things develop in the coming years.”