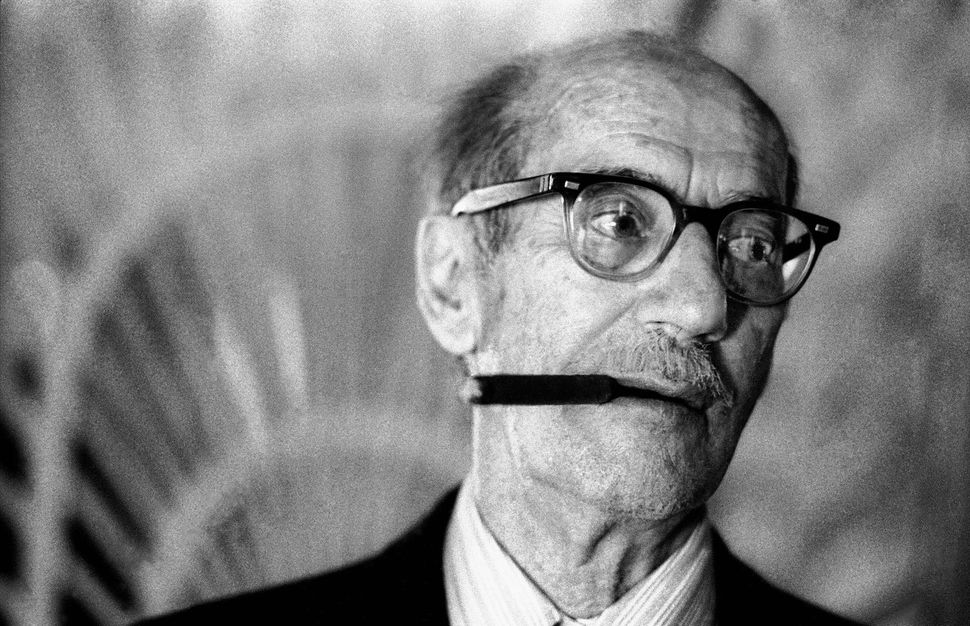 When a climate apocalypse one day destroys human civilization, at least alien archaeologists will be able to become acquainted with Groucho Marx. “An Evening With Groucho” (1972), a recording of the legendary comedian’s final one-man show, is one of the 25 recordings newly added to the Library of Congress’s National Recording Registry.

In a testament to the breadth of the American cultural landscape, other newly-inducted work by Jewish artists includes Artur Schanbel’s “Complete Beethoven Sonatas,” “Alice’s Restaurant Massacree” by Arlo Guthrie, whose mother was Jewish, and “New Sounds in Electronic Music” by Steve Reich, Richard Maxfield and Pauline Oliveros.

Fleetwood Mac’s “Rumours,” “The Sound of Music” soundtrack, and The Temptations’s “My Girl” were also among the National Recording Registry’s 2018 selections. Every year, the National Recording Registry at the Library of Congress chooses to accept 25 recordings that, according to their website, “showcase the range and diversity of American recorded sound heritage in order to increase preservation awareness.” Other notable Jewish works selected in recent years include “Over the Rainbow” by Judy Garland, “Puttin’ on the Ritz” by Harry Richman and the album “People” by Barbara Streisand.

“This annual celebration of recorded sound reminds us of our varied and remarkable American experience,” Librarian of Congress Carla Hayden told Variety. “The unique trinity of historic, cultural and aesthetic significance reflected in the National Recording Registry each year is an opportunity for reflection on landmark moments, diverse cultures and shared memories — all reflected in our recorded soundscape.”

There was no word on whether the Maccabeat’s cover of Despacito was slated for inclusion.