What Bette Davis Can Teach Donald Trump About Fake News 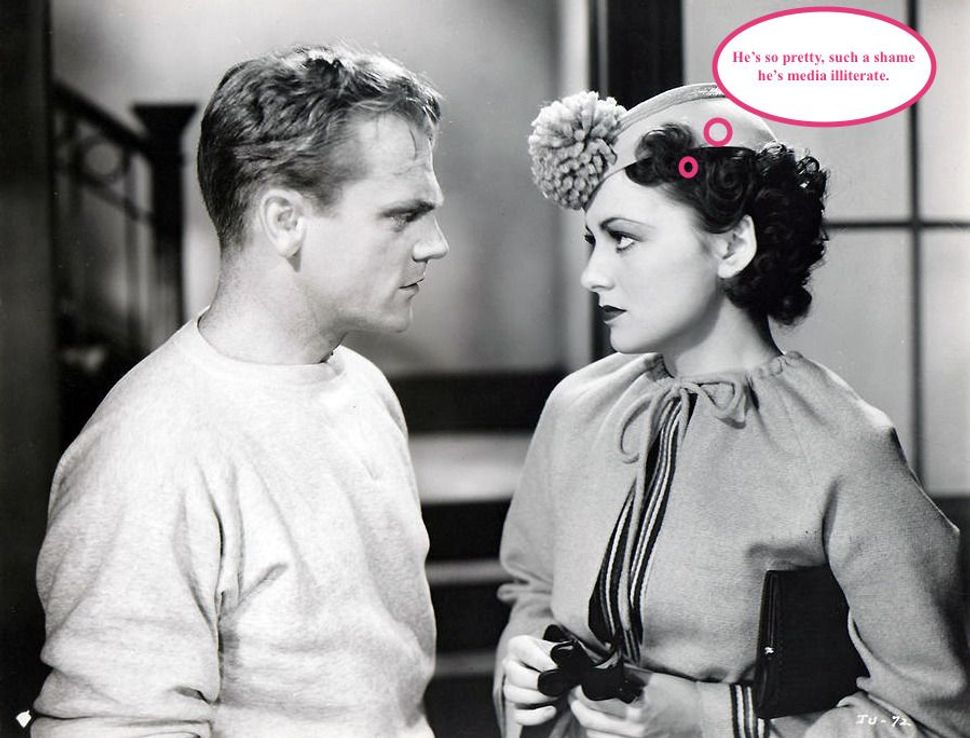 You are teaching a class on media literacy. You want your students to think critically about the truth claims of messages. You bring to the classroom Donald Trump and Bette Davis.

You display a Trump tweet about our trade deficit with China: “The U.S. is losing $500 Billion a year…. Cannot continue!”

You ask your students what kind of message a Trump tweet is, and what tests should be applied to it. They decide that, as a statement by the commander-in-chief, it should not be dismissed as an impulsive provocation, and ignored, but taken as a statement of official government policy, and examined.

You play a CNN clip of Jake Tapper pressing Trump economic advisor Larry Kudlow to admit that the U.S. isn’t “losing” that money to China, it’s getting goods and services for it. Isn’t there a danger, Tapper asks, that Trump will convince people that our trade deficit with China should be zero?

Translation: You’ve made a genre mistake, Tapper. Don’t treat Trump’s tweets like news or information. Treat them as self-expression. You should no more ask if a tweet is truthful or harmful than you would about a finger painting on the refrigerator door.

Media literacy requires genre literacy. But the conventions of a genre – our expectations about the appropriate way to experience and interpret a message – aren’t fixed; they’re socially contested and socially constructed. Fox News calling itself “fair and balanced” and Trump calling the New York Times “fake news” are both attempts to influence our genre expectations: Fox wants us treat its content as news, not right wing infotainment, and Trump wants us to treat The Times as anti-American disinformation, not factual reporting.

Knowing the differences between news and entertainment, between journalism and propaganda – despite business models that blur those differences, and despite trolls and bots that hijack them — is the work of citizenship.

Literacy can be taught in surprising locations and prompted by surprising people. The Kudlow case study has its Hollywood equivalent in the case of Olivia de Havilland v. FX Networks.

Last month, when California appellate Judge Anne H. Egerton threw out the suit, she relied as much on genre as on precedent. At issue was “Feud: Bette and Joan,” a miniseries that scored 18 Emmy nominations for FX in 2017. It relates the battle between Bette Davis and Joan Crawford during the making of the 1962 movie, “What Ever Happened to Baby Jane?”

One of the supporting parts, played by Catherine Zeta-Jones, is the role of Olivia de Havilland, Davis’s real-life friend. She appears in fewer than 17 minutes of the series’ eight hour-long episodes. De Havilland, now 101 and living in Paris, did not like those minutes at all. So she sued FX for putting vulgarities she never said in her mouth (Zeta-Jones calls de Havilland’s real sister, Joan Fontaine, a “bitch,” and she calls Frank Sinatra a drunk); and for damaging her reputation, invading her privacy, failing to get permission to use her name and identity, and making money off her but failing to compensate her. FX asked the LA Superior Court to dismiss her suit. They lost, but they won on appeal to the state.

Some of the appellate court’s opinion turns on case law. (Did you know that a movie or TV show can legally use your real name and identity without your consent and without paying you – even if it’s unflattering, and even if you’re not famous, not a public person or not in the news? Thanks, First Amendment!)

But here’s the salient thread in Judge Egerton’s opinion: “We question whether a reasonable viewer would interpret ‘Feud’ – a docudrama – as entirely factual. Viewers are generally familiar with dramatized, fact-based movies and miniseries in which scenes, conversations, and even characters are fictionalized and imagined.” In other words, reasonable people know not to interpret dialogue in historical fiction as actual statements by the real people with those characters’ names.

The premise here is that most people are genre literate. They know the difference between a documentary and a docudrama, between a work of history and historical fiction, between a transcript and a script. They know that the license Tony Kushner has in writing Steven Spielberg’s “Lincoln” is different from the leeway Doris Kearns Goodwin has in writing “Team of Rivals.” They know not to confuse Oliver Stone’s “LBJ” with Robert Caro’s “LBJ.” They know that the medical facts in a soap opera or hospital drama might be fudged, but if it’s on “Frontline” or “60 Minutes,” the details are accurate.

Even though, as historian Jon Wiener notes, “There was no ‘race against time’” to pass the Thirteenth Amendment, “and thus the central drama of the film is bogus,” schools across the country used “Lincoln” to teach the Civil War.

Even though Stone’s “JFK” is wildly speculative – it accuses Lyndon Johnson of staging a coup — the pressure on Congress from viewers who took it as true forced the government to open its assassination records.

Even though viewers realize that the medical facts on TV series might be made-up “facts,” enough people believe them that the Centers for Disease Control (via a project I launched in 2001) has made public health experts available to writers for free, so they can get it right if they want to.

The spells that stories cast are so strong that we forget they’re stories. That’s because we have bodies.

Here’s how classicist M.F. Burnyeat explains why Plato banned Homer, tragedy and comedy from his ideal state: No matter how rational we intend to be, stories have access to “an independent cognitive apparatus” in us – call it our limbic system — where “we entertain many beliefs, thoughts, and fantasies that run counter to our better judgment.” Our minds may know the difference between fact and fiction, but our senses’ way of knowing is faster and fiercer. We may not believe in ghosts, but “something in the most skeptical person may shiver at a ghost story.”

Can’t we just pinch ourselves? No, says Plato, it’s useless to remind ourselves that it’s only make-believe, that the players are actors, that their reality isn’t real. Our disbelief is not so easily unsuspended. Stories transport and enthrall us; “knowing an image is only an image is no protection at all.” Or as Stanley Cavell puts it in “The World Viewed,” “You might as well tell me that I do not see myself in the mirror but merely see a mirror image of myself.”

Trump’s genre is show business. He wants to be rated on a scale from Boring (aka “presidential”) to Entertaining. His predecessors thought their job was our commander-in-chief; he thinks his job is to command our attention. Why should Americans let him recast his role from national leader in an epic to national host of a Fox talk show? For now, he treats the Constitution as fiction. But after the mid-term elections, at least one of its articles will cease to be comedy and will become news to him.

What Bette Davis Can Teach Donald Trump About Fake News