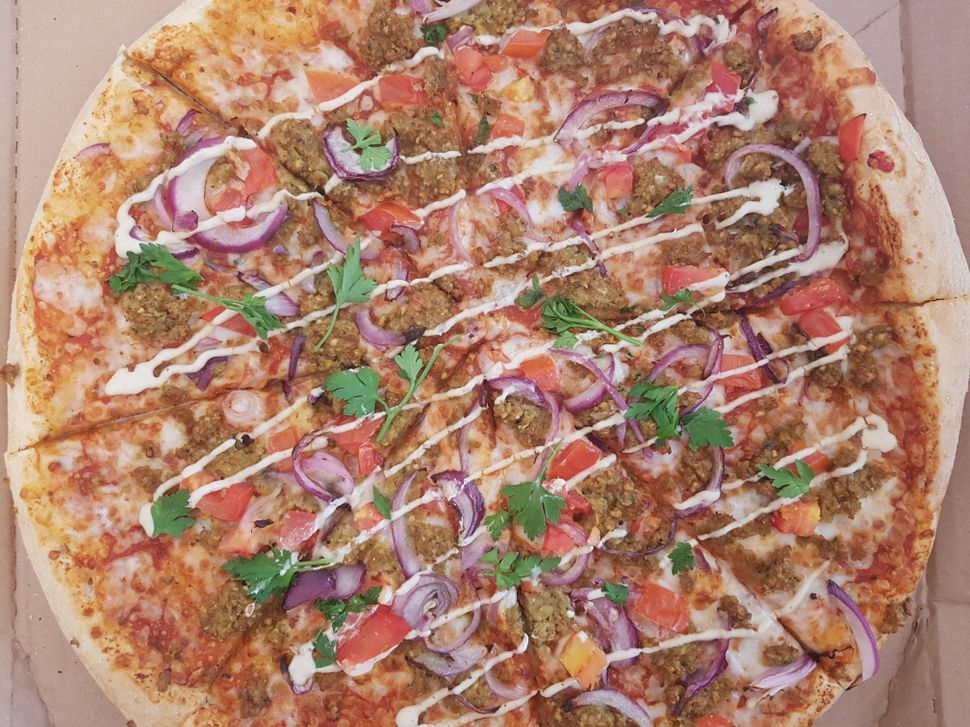 Domino’s Pizza launched a line of special edition pies in Israel this week to mark the country’s 70th anniversary. What could better encapsulate Israeli independence better than falafel and shawarma on a pizza, someone in the local franchise offices surely asked.

For a country whose culinary star is rising in popularity worldwide because of its unique fusion of immigrant cuisines, such a blending of street foods could have proven sumptuous. It promised to be the cronut or Kimchi hotdog of Israeli food, the fast food equivalent of Israel’s celebrated innovation.

Instead, it flopped worse than New Coke.

Domino’s wasn’t alone in advertising products tailored for Israel’s gala Independence Day celebrations. SodaStream offered special edition bottles featuring the faces of Theodor Herzl, Golda Meir and David Ben Gurion. Google changed its doodle in Israel to feature an Israeli flag with the number 70. The pizza company advertised these special holiday pizzas on YouTube with a video showing an Israeli man trying to order pizza from Domino’s, only to have the store employee repeatedly reply that they have shawarma and falafel. 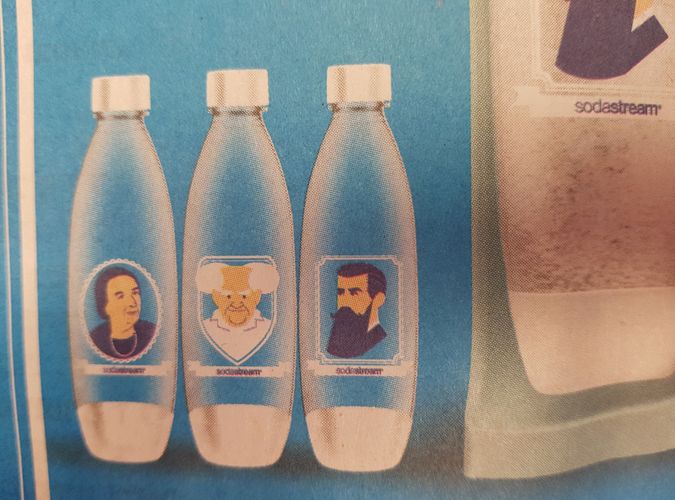 These Frankenstein pizza creations are a far cry from the holiday fare of barbequed meat customarily consumed by Israelis on Independence Day, or the feast envisioned by Israel’s founding generation. In 1955 the Israeli Education and Culture Ministry published “Recommended menus for an Independence Day Feast” that featured salad or patties made of mallow, vegetable soup with beef kreplach, and a cake made with the seven species of Biblical fame.

Each of the dishes carried symbolic importance: mallow was the food eaten by Jewish Jerusalemites during the siege of the city in the Independence War; kreplach “symbolize the blows delivered on our enemies in the Independence War, in accordance with the Jewish tradition connecting the eating of dumplings with dealing a blow.”

The only thing Domino’s falafel and shawarma pizzas symbolized was the epitome of cultural stereotyping gone mad and the outrageous overpricing of products in Israel. Each medium sized pie cost $18.50.

The Jerusalem branch employee who unenthusiastically took my order insisted they’d taken many orders falafel and shawarma pizzas on Independence Day (but couldn’t be more specific) and so, with great trepidation, I ordered one of each myself. (The Domino’s Pizza offices were closed for Memorial Day and Independence Day and couldn’t be reached for comment.)

The falafel pizza was a standard puffy-crusted pie with tomato sauce and mozzarella, and topped with diced tomato, parsley, brown clods resembling cat food, and a drizzling of tahini. The parsley tasted out of place on pizza, and the falafel topping didn’t have the crunch desired from fresh fried falafel balls. It was spongy, flavorless, and the most disgraceful insult to Israeli cuisine since canned hummus. Domino’s promised a pizza and falafel combo and failed at both spectacularly.

The shawarma pizza, on the other hand, came in the form of a thin, sauceless pita-like crust topped with chunks of turmeric-hued grilled chicken, cherry tomatoes, parsley, and the same drizzle of tahini.

Whereas the falafel was disappointing, the shawarma was a moderate success. Even though the meat was hardly the succulent slivers of rotisserie turkey or lamb that populate my dreams, it was edible.

The overwhelming majority of commentators on the Domino’s Pizza Facebook page appeared to concur. One user replied to one of its advertisements saying, “New, sock flavored pizza!” Another wrote in that “the pizzas are disgusting, they lack cheese, and the small amount of shawarma that they have tastes like it’s from a supermarket and isn’t worth the price. The same goes with the falafel.”

At least one person expressed satisfaction with the falafel pizza, saying it was “hot, fast and delicious” and he was “pleasantly surprised” by the shawarma pizza.

Fortunately, Domino’s is only offering its falafel and shawarma pizzas until May 15. Next year, I’m sticking with truly traditional Israeli Independence Day foods: chicken, burgers and kebabs on the grill.