Despite recent appearances in duds like “Meet the Fockers” and “Guilt Trip,” Barbra Streisand, who turned 76 on April 24, is a living, breathing legend. Her awards number greater than the population of some small European nations: She’s one of a handful of performers who has won an Oscar, a Grammy, a Tony, and an Emmy. Plus, she received a Presidential Medal of Freedom in 2015. 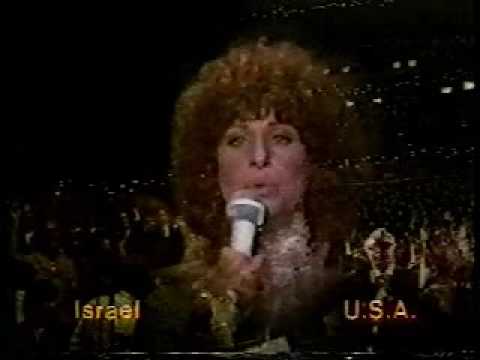 So it’s odd to watch this 1978 clip of Streisand chatting with former Israeli Prime Minister Golda Meir, during a network broadcast called “The Stars Salute Israel at 30,” because, well, Streisand herself seems a little star-struck. In the clip, Streisand stands on-stage in front of thousands of fans, while Meir, who was 80 at the time, sits at home in her living room, on what looks like a rotary phone. Streisand tells Meir what an honor it is to speak with her, to which Meir responds, much like my Nana would, with a shrug and a groan.

At the end of the conversation, Streisand sings a beautiful rendition of “Hatikvah” — during which the corny ‘70s graphics kick in, including a segment of the song where Streisand’s translucent face is transposed over a panning shot of the audience, all of whom are holding up candles. It’s kitsch, it’s a little weird, and it’s definitely worth a quick watch.