Absolutely Everything You Ever Wanted To Know About Schnorrers 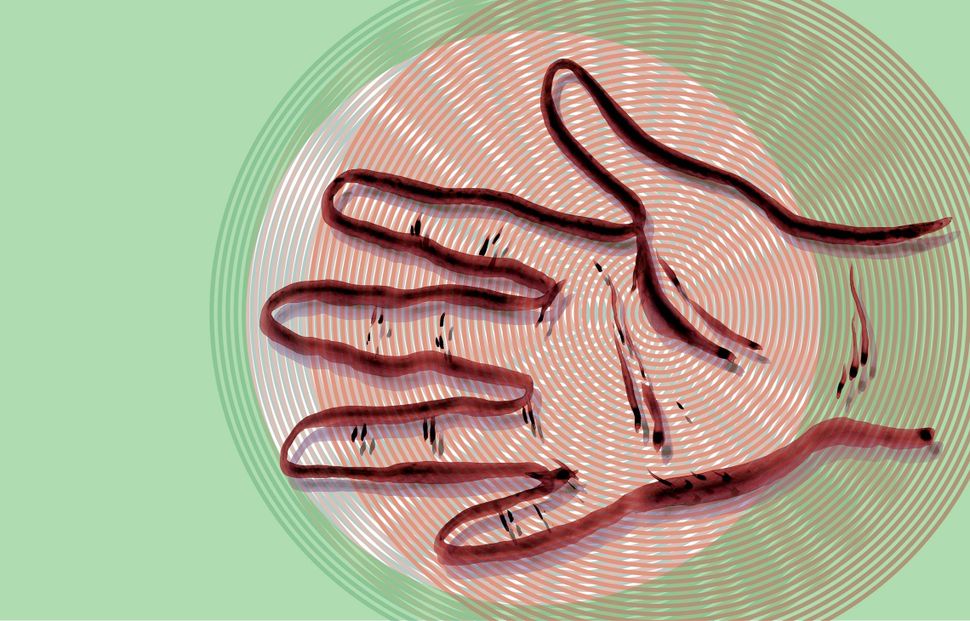 I grew up in Monsey, New York, where schnorrers of all kinds go door to door, asking for help paying for everything from a daughter’s wedding to major surgery to yeshiva tuition to something as basic as feeding many mouths. The busiest times come when Shabbat approaches, on Thursday evenings and Friday afternoons. I never thought I would say this, but now that I live in Chicago, I often miss these visitors, and lament that schnorrers have not found ways to get past doormen.

In my efforts to explain who schnorrers are to the uninitiated, I noticed that mere words are insufficient. The dictionary definition of schnorrer — “beggar,” and, occasionally, “scrounger” — sounds fine, but it needs to be supplemented with facial expressions or tone of voice, which can express the omnipresence of schnorrers, and the dual sense of obligation and annoyance they bring up.

For those without expressive Yiddish-speaking grandparents nearby, Merriam-Webster offers its pithy and rather Americanized definition of the schnorrer as “one who wheedles others into supplying his or her wants.” But that definition raises some essential questions that come from the gulf between Yiddish and English.

How exactly does the schnorrer wheedle? What’s the difference between a schnorrer and a mere beggar, and what does the Yiddish word capture that English does not?

When I asked the translator Maia Evrona, who was awarded a National Endowment for the Arts Fellowship in the translation of Yiddish poetry, about schnorrers, she wrote, “A friend and I were just talking about how difficult to translate it is.”

I knew how Evrona felt.

I decided to try more dictionaries. The Collins Dictionary contains this enticing entry for schnorrer, complete with sound effects. It gets more exciting as it goes along:

Definition: a beggar. One who lives off the charity of others.

Word origin: Yiddish schnorrer and German schnurren, meaning to whir, purr (of echoic orig.): from the sound made by musical instruments carried by beggars.

The last part got to me. Musical instruments? The German schnurren?

Could it be that schnorrerei or “collecting,” as it is called in Monsey, was once accompanied by musical instruments that whirred and purred?

I immediately wrote to my brother, a German translator who has plenty of experience with absurd linguistic queries from family members. Is there something musical about schnorrers?

“I don’t know about that,” he wrote back. “German still has the slang word schnorren for begging. I originally thought it came from the word schnur, meaning string, as in the string used to tie and hold a wallet.”

I liked it. Within seconds, I was imagining schnorrers lassoing a person’s wallet, to make his money theirs.

But I didn’t want to get too carried away. I felt the need to clarify things and asked my brother if the source for the word schnorrer was German or Yiddish.

As I waited for a response, not unlike a schnorrer at the door, I thought about how appropriate it was that the schnorrer, of all creatures and all words, now lived in both languages, Yiddish and German, and that schnorrers, despite the upheavals of history, had managed to find a place in — of all homes — contemporary German slang.

Why not? Schnorrers already manage to straddle the line between fact and fiction, need and invention. They can already find us, wherever we are.

“All I know is the word still exists in German slang,” my brother wrote.

My inbox soon filled with interesting missives from translators and Yiddishists, explaining that this was not their exact area of expertise (was it anyone’s?) but still kindly trying to help.

“It looks like its origins can be found in German,” wrote Dov-Ber Kerler of Indiana University, where he is the chair of Yiddish Studies, as well as a professor of Jewish Studies and German Studies. “It is popular to believe that the word came from Yiddish, or from the German thief argot, which was quite seriously influenced by Yiddish, the so-called Gaunersprache.”

“However, according to one ostensibly reliable source from the late-18th to mid-19th century, it arose from the by-then forgotten custom of beggars who used to travel and walk around with a Schnurrpfeife, a largely obsolete term for a whistle or a pipe of sorts that was hanging on a rope — i.e. Schnurr in German.”

Aah, yes, I thought. Schnurr. What my brother described as the string holding a wallet. And to my delight, the Collins Dictionary was on to something with its musical reference: This late 18th-century source was corroborating it.

I let myself imagine the Schnurrpfeife, that pipe of sorts. Perhaps it was an instrument of necessity — like the schnorrer.

All this noise of begging — this “buzzing and purring” — this rasping, or perhaps, to be generous, this music — might be part of why Yiddish writers were very attracted to schnorrers. Isaac Bashevis Singer ends his famous story “Gimpel the Fool” — which Saul Bellow translated into English and, in so doing, put Singer on the map — with a reference to another schnorrer, waiting in the wings; Kerler mentioned “Fishke der Krumer,” or “Fishke the Lame,” a short novel by Mendele Moykher Sforim, or Mendele the Book Peddler, published in 1869, which details the troubles of schnorrers.

Israel Zangwill even wrote a whole novel titled “The King of Schnorrers” in 1892. Here I must offer a shout-out to the Chicago writer Jonathan Eig, author of “Ali: A Life,” a biography of Muhammad Ali. Eig, who’s aware of my interest in schnorrers, gave me a gift of a boxed copy of “The King of Schnorrers,” which he found in a secondhand shop. It is now one of my prized possessions.

The history of schnorrers does not stand apart from the story of Jewish writers, or the annals of mutual support and friendship that sustained Jewish communities, or from Jewish history itself; the rise of schnorrers was related to the wave of terrible 17th-century pogroms, and the refugees who fled from them to save their lives. “The Jewish Encyclopedia” explains that “the schnorrer period began with the Chmielnicki massacres in Poland (1648-57), when thousands of Jews fled to Germany.”

So schnorrers may be an especially relevant subject right now, as refugees are once again headline news.

Lest readers think that only those obsessed with history and the printed word and perhaps the plight of refugees concern themselves with schnorrers, it seems essential to point out that the appeal of schnorrers expands into the world of comedians, filmmakers and television writers.

Alert viewers can hear the word in “The Sopranos” where the character of Father Phil Inintola refers to himself as a schnorrer. And, of course, schnorrers even made their way into the Simpsons episode “The Cartridge Family,” in which Krusty the Clown shouts, “Come on, you schnorrers, do something!” at soccer players.

I usually hear schnorrer used as a noun, but as I was perusing various ultra-Orthodox websites looking for examples of schnorrer in everyday use in English, I found yeshiva students using it as a verb in the middle of an English sentence — and also spelling it without the “c,” — so that it reads shnor. For example, here’s an anonymous, plaintive wail in a forum on the high cost of living: “How do people actually buy apartments? I don’t want to shnor for a down payment.”

Not a bad verb to beg and borrow into English, I thought.

I must confess that as I found myself missing schnorrers, the nouns not the verbs, as well as the conversations I had with them that I never had with anyone else — such as, “What about two dollars instead of one dollar? Is that so much?” — I unexpectedly found myself writing a book about them. I realized that the schnorrers of my childhood, who visited several times a year for decades, knew a lot about my family, and it seems reasonable to assume, about many families. And I thought, too, about the places they came from, on their long trek to our living rooms and kitchen tables.

That’s the thing: Schnorrers get inside us, somehow; they move into our lives, with or without our encouragement. But schnorrers had also given me something worth far more than money: inspiration.

The truth is that a schnorrer is often a messenger from another world, whether it’s the deep reaches of Brooklyn or an impoverished corner of Jerusalem or, in prior eras, pogrom-ravaged communities that could no longer shelter their own residents from harm. Now, when I miss the schnorrers of my childhood, I imagine them. And perhaps that’s the true and enduring power of schnorrers, with or without accompanying music, with or without a whir or purr or wheedling call to the conscience: to widen the heart, and, in so doing, get the imagination going.

Aviya Kushner is the Forward’s language columnist and the author of “The Grammar of God” (Spiegel & Grau). Follow her on Twitter @AviyaKushner

Absolutely Everything You Ever Wanted To Know About Schnorrers