Philip Roth Dies, And Part Of Our America Dies With Him 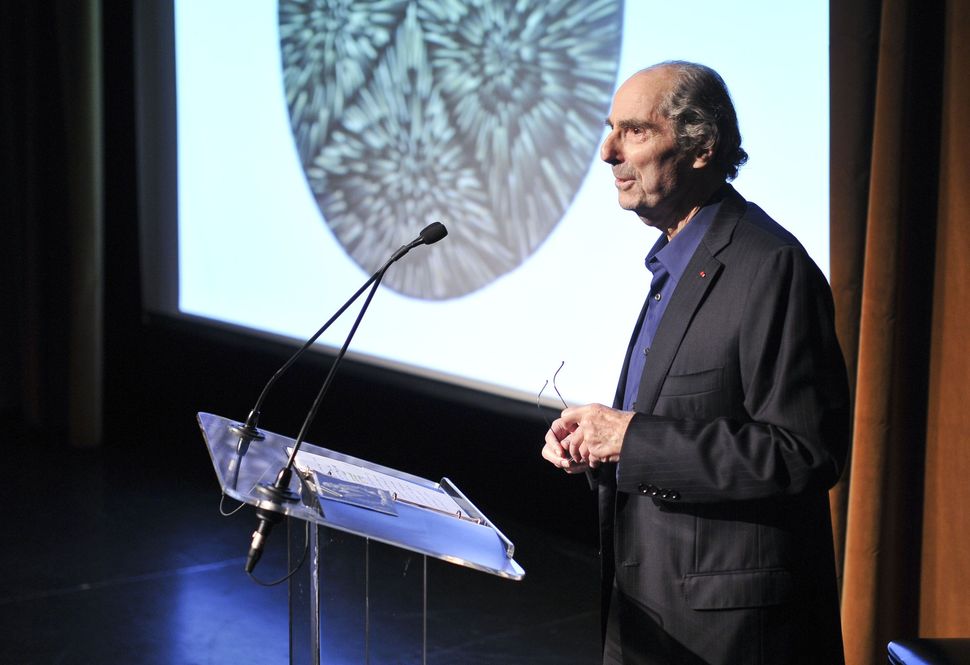 I’m moving again and my books are packed up and sealed in boxes.

Just two days ago I took all the Roth books down from my highest shelf: The first edition of “Portnoy’s Complaint,” the first book I gave to my boyfriend, now my husband, twenty years ago at the Shark Bar in Soho; “American Pastoral,” which I read in graduate school in upstate New York, freezing, and with such amazement I thought I would never be able to write again until it made me write again; “The Plot Against America” — my idea of a dystopic novel — which I referred to constantly at my desk in Brooklyn, looking out to the Verrazano, and which allowed me to look at my own first novel from a necessary, altered perspective; “Sabbath’s Theater” — which made me think of my years in publishing where we all knew just whom Mickey Sabbath was pleasuring himself over. And “Goodbye, Columbus,” the gem I teach, still, in my Jewish American Literature courses, the perfect book about white flight to the suburbs. It is the very book that in its beginning marked the end, in many ways, of Jewish American literature as we knew it. According to Irving Howe, the scholar Roth skewered in “The Anatomy Lesson,” Jewish literature in the suburbs was the end of Jewish literature.

Now we were in American territory.

I can’t refer to those packed books today — I think there are over 30 editions — when all I want to do is tease out the exacting prose, set it to context as I would so much of the music of my life’s soundtrack. And truth be told, long before Roth’s retirement, he had stopped moving me: his last novels did not send me to write, to rage, or to any kind of understanding. They angered me, but that, these days, is an easy and less nuanced feat. Right around the time of his “retirement” his shocking familiar music had shifted for me and perhaps for many of us. While the rabbis were always angry with Roth for his treatment of his Jewish characters, the women he treated to the cruelty of being merely half-baked on the page never really came for him. But his treatment of women got tedious to read and it became impossible to dismiss it to the service of the craft.

The imprint of Roth’s books, however, is like no other writer can now be for me because I read them when I was at all kinds of beginnings. Out of need. With every gratitude.

Roth’s death, like all deaths, is the end of many things. Of towering white male novelists. Of that first wave of Jewish American immigrants who helped build literature as I know it. Of America as my Jewish grandparents knew it.

It’s impossible in such a short time and space to assess what Roth has been for me, for us. Like Roth’s America, it’s a complicated calculation tied up in waves of the repetition of a bleak and brutal and joyous history. I’m against nationalism to my bones, but I am sworn to Roth, who in the end gave me permission to be free.

Jennifer Gilmore is the author of the forthcoming novel “If Only.”

Philip Roth Dies, And Part Of Our America Dies With Him