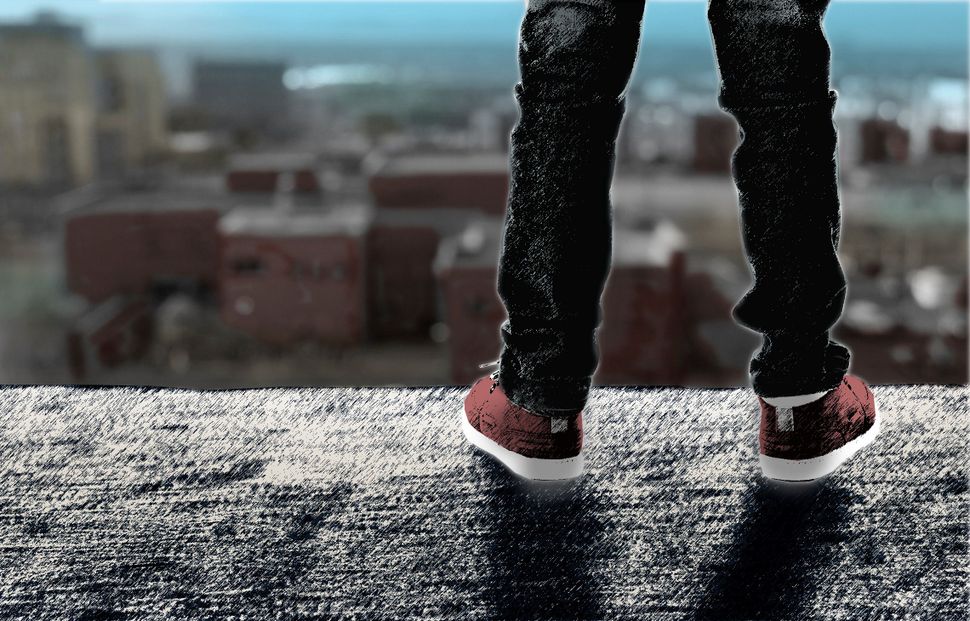 In October 2016, author and essayist Anne Roiphe sung the praises of “The Conversion of the Jews,” a story from Philip Roth’s 1959 book “Goodbye, Columbus.” Upon hearing of Roth’s death, she writes: “Ah Phillip… the counter feminist gremlin of our time… Yes, you were a king of comedy. Yes, you saw right through the pieties and the hypocrisy. Yes, you were bold and irreverent. Yes, you were forever the little boy on the roof threatening to jump, forcing the Rabbi into an apology. Yes, you were bawdy and often unkind and swam like a shark after all our illusions and delusions and good manners that disguised the sink holes within. You were a hard unsentimental man. Somewhere in that lay brilliance and farce and wit. Also I think a terrible sadness. Your books are here and will stay here. Thank you…”

Here is Roiphe’s take on “The Conversion of the Jews.”

In 1959, Philip Roth published a novella and five stories. The collection was called “Goodbye, Columbus,” and it won that year’s National Book Award. Everybody was talking about the new young writer who had a brash, unconventional, authentic voice and a thumb-in-your-eye spirit. The author was 26 years old. The stories were sometimes bratty, sometimes brave, honest in ways that everyone didn’t appreciate, but everyone knew that something amazing had sprung from Jewish Newark, in New Jersey, from the postwar generation, a new clarion call to do battle with values and customs and hypocrisy.

In “The Conversion of the Jews,” Roth speaks through the voice of Ozzie, a student in Rabbi Binder’s class of young boys. Ozzie gets into a fight with the rabbi over the issue of immaculate conception. Ozzie’s argument is that if God can do anything, He is able to make a woman pregnant without human male participation. Jesus Christ could in fact be the son of God. The rabbi is furious. He demands to see Ozzie’s mother. When Ozzie tells his mother what he had said to the rabbi she hits him. This is his beloved widowed mother. The next day, Ozzie does not back down. The confrontation in the classroom ends with Rabbi Binder hitting Ozzie and causing his nose to bleed. Ozzie runs to the roof, locking the hatch behind him, and there he threatens to jump. The Fire Department is called and spreads a net below. Ozzie’s mother is among the crowd that gathers. She pleads with her son to come down. The other kids in Ozzie’s class including his friend Itzie, start to chant, “Jump, jump.”

Ozzie, at the edge of the roof, forces the rabbi and his mother to admit that if God could create the world in seven days He could do anything, including creating Jesus without the help of a human father.

Ozzie calls down to the crowd after the alarmed adults kneel before him and admit he was right: “You should never ever hit anyone about God. ”

This is a short, short story. But it contains, oddly enough, the role that Roth would play in the Jewish community for years to come. He dares to say the un-sayable. He dares to challenge the communal views. He dares to shout his opinions from the metaphorical rooftop. He puts up with no alibis or cover-ups. He speaks not for what is but what should be, and his moral sense, not exactly everyone’s, takes on a great power because of all this shouting from the rooftop, because of the depth of his feeling and the actual logic of his words.

No one really has ever loved a prophet, the one who tells truth to the king and his court. Prophets are an irritating and difficult bunch. They don’t go along to get along. They challenge and shout and make everyone uncomfortable, and in this sense, Ozzie, the alter ego of the young Roth, is a prophet: one that is calling for a human moral reasonableness in the place of obedience to religious edict.

That seems about right for a kid born in America whose religious values are already mingling with democratic, universalist ones. The shtetl walls are down. Any kid with a mind can wander about.

Like Amos, and Elijah, and Isaiah and Jeremiah, Ozzie separates himself from his community to say what needs to be said. The story was written about 15 years after the gates of Auschwitz were opened and the world learned something so horrible that we are still responding and living in its aftermath. So Ozzie was saying to his rabbi and his mother and his classmates that violence over differences of religious belief or nonbelief is no longer acceptable. Something has to change. Ozzie is the prophet of assimilation in the sense of tolerance, and in understanding that there may be more than one right vision of human life on this planet.

Today that view seems rather ordinary in most Jewish circles, and it is hardly the most sophisticated analysis of the history we share, but it does get right to the point. Don’t hit anyone over God, and don’t assume that your belief system, your group, is the only correct one.

Another important thing about Ozzie is his lack of respect for authority. He is a kid, after all, and he should just accept what the adult world is telling him. But this Ozzie, who is surely Philip Roth’s alter ego, is not without his own moral sense — highly developed, in fact better than his rabbi’s, at least in this telling.

As the Jews of America moved into the postwar world with fewer barriers to success, academic achievements, financial rewards, suburban life and all its comforts, there was also a seduction toward the universal, and a fascination with the gentile neighbor. There are no non-Jews in this story, but Ozzie speaks for them. They are not false, they are different. Ozzie is not afraid of the gentile, or at least he does not want to be.

All that is not in this story explicitly but follows logically and emotionally from the moment of Ozzie on the edge of the roof to the moment of Portnoy’s not so successful days on the couch and on to a lifetime of books considering Jew and gentile, friend and foe, lover and anti-lover.

Roth has written over his lifetime about his mother, about mothers, and he is very touching and moving about his love for his own mother in fiction and nonfiction, even as he seems less fond of Jewish girls as mates and sexual partners. He speaks of wishing to curl up in the pocket of his mother’s fur coat. He speaks with admiration of his mother’s work for the family, and there is no doubt that he loves her. Of course he also reminds us in “Portnoy’s Complaint” that mothers can be dominating, and can point a knife at you with, no less, if I remember right, peas on it.

In this story Ozzie’s father has died and he has his mother all to himself. He knows how hard she works and how difficult it must be for her. Nevertheless, a boy must be true to his thoughts, true to his own emerging moral sense ,even if it means offending his mother.

Ozzie’s classmates call to him “Jump.” They are excited at the idea of the violence that might be coming. It is true we hear of crowds calling to a potential jumper to leap to his or her death, but here in this story it is surprising. I wonder if this moment came to Roth as he considered the hostility toward him that would rise if he said everything he wanted to say about the Jewish world. He did do that in the longer story, “Goodbye, Columbus,” and the Jewish community did try to banish him, to silence him, to make him seem like a traitor. Rabbis across America denounced Roth from their pulpits. Perhaps when he wrote “The Conversion of the Jews.” he was aware of his own potential Jewish martyrdom and the backlash that would soon rise against him from certain parts of the Jewish community.

Rabbi Binder is trying to create walls between his young students and their gentile neighbors. It can’t quite be done. America was in those days a melting pot, not a collection of well-defended forts. This small story can be read as a blueprint for Roth’s writing life; his anger; his sometimes irritating righteousness; his desire to leave the Jewish world, countered by his inability to do so as his Jewish body, complete with Jewish brain, comes with him, stays in every book, animates him in novel after novel. He has bones to pick with rigid, repressive orthodoxies. He picks them until they are picked clean.

Ozzie is and remains the honest voice of clarity in the midst of religious hysterias of all sorts. In the end we say with Hillel, “Do unto others, etc.” No one had to teach Ozzie that.

After the rabbi and Ozzie’s mother kneel before Ozzie on his perch at the edge of the roof and say what he requires them to say, Ozzie jumps. We, the readers, assume he is jumping into the net. I certainly hope so. And from an appreciative reader’s point of view it is a good thing that Ozzie wasn’t smashed on the pavement in front of the Hebrew school. We needed him to go on shouting from the nearest rooftop for the next 56 years. In those 56 years the Jewish world has taken a bold and mostly successful stance against the forces that would wash Jewish life clean of meaning, break down all separations between Jews and others. On the other hand, those on the Philip Roth side of the battle have also won. We are in America, not as tentative guests but as a permanent part of the place, with our voices raised, shouting out what we think is true from as many rooftops as we can reach. Hey, Ozzie, I’m a Jewish girl. Even so, would you be my boyfriend in the world to come if there is a world to come?