Why Philip Roth Pissed Off So Many Jewish Readers 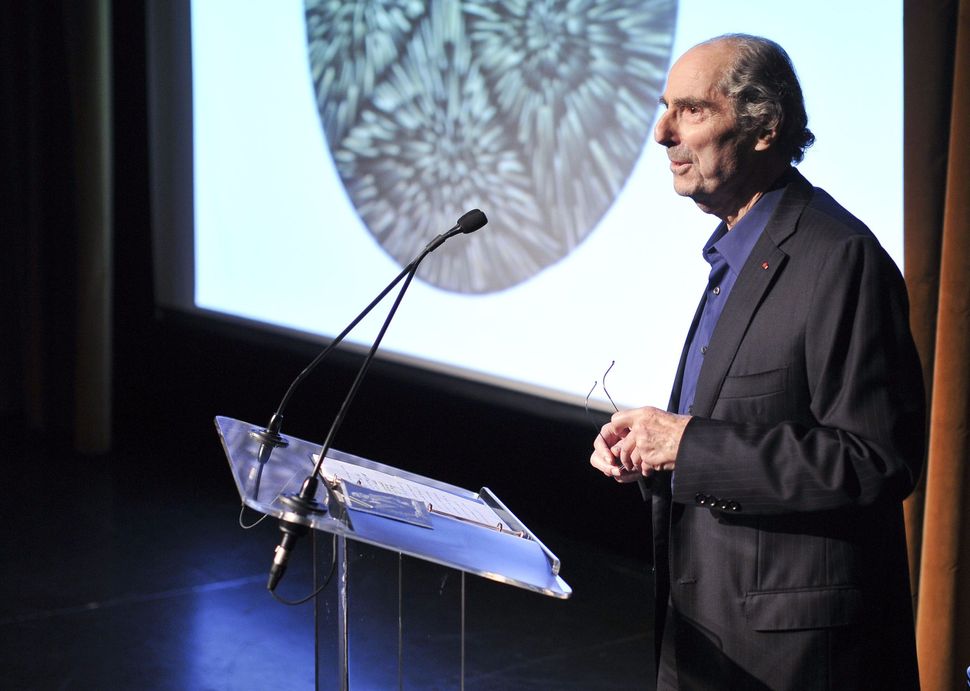 The novelist Philip Roth, who died on May 22 at age 85, was showered with honors for his 31 books. Yet from early in his career, he was also confronted by charges of anti-Semitism, even from professional critics who admired his literary talent. The vehemence of this opposition, which Roth countered energetically for most of his career, was already an issue in 1964. In that year, Rabbi Dan Isaac, who in addition to his Jewish learning had also earned a Ph.D. in English Literature, published a much-needed defense of Roth in the Chicago Review. Rabbi Isaac cited the summer 1964 issue of “To Our Colleagues,” a periodical providing Reform rabbis with quotes for sermons. In it, Rabbi Saul I. Teplitz (1921–2014 had observed that Roth “constantly depicts the Jewish characters in his short stories and novels as depraved and lecherous creatures.”

Roth knew about such objections to his caricatures of American Jewish life, since some readers criticized them openly at public events. A few even persistently implied that the lack of redeeming values in Roth’s Jews was akin to the thinking that led to the Holocaust. Rabbi Isaac disagreed, stating that “whatever the faults, ‘Goodbye, Columbus’ is a rich and deeply moving story, provocative in many directions. It marks the successful working of a significant theme: the rejection of Jewish life, not because it is too Jewish, but because it is not Jewish enough, because it is so dominated by and infused with the American ethos that it partakes of the same corruption, offering no significant alternative.”

Religious leaders repeatedly asked why Roth lampooned Jewish characters relentlessly instead of showing a more balanced view. Roth’s literary career progressed impressively over the decades, but naysayers remained vocal beyond the usual expected criticisms about literary style and content. In a takedown from December 1972, the critic Irving Howe declared ironically that Roth “now stands close to the center of our culture (if that is anything for him to be pleased about), and he is accorded serious attention both by a number of literary critics and those rabbis and Jewish communal leaders who can hardly wait to repay the animus he has lavished upon them.” Howe likened the sensibility in “Portnoy’s Complaint” to what he termed the “smart-aleck nastiness of Jules Feiffer’s film, Carnal Knowledge, which cannot really be understood without some reference to the undersides of Jewish immigrant life.”

Was Roth’s presumed error limited to not showing Jews in a more positive light? Howe was convinced of the power of literature as a gateway to enlightened social thought. Rude descriptions from “Portnoy” did not fulfill what he expected from Jewish literature. “Portnoy’s Complaint” was “not, as enraged critics have charged, an anti-Semitic book,” Howe admitted, “though it contains plenty of contempt for Jewish life.” Yet even Howe’s objections were overshadowed by the vehemence of another reader, Marie Syrkin (1899 –1989), a founding editor of Jewish Frontier Magazine who was married to the American Jewish poet Charles Reznikoff. Syrkin published books about her friend Golda Meir as well as anti-Nazi Jewish combattants during World War II. Howe conceded that some of Roth’s writings were genuinely amusing, but Syrkin was horrified by “Portnoy’s Complaint.” In a letter to the New York Review of Books in October 1974, she referred to the “depressingly unerotic scene in which Portnoy exults because he, a swarthy Jew, possesses a blonde ‘New England patrician,’ can ‘stick it up their backgrounds,’ and so ‘conquer America.’ This program is about as aphrodisiac as a page from ‘The Protocols of Zion.’ The dark Jewboy lusting after the Aryan maiden in order to dominate her world is pretty standard stuff though presented more amusingly than in the usual script.”

Syrkin allowed that other Jewish writers had depicted aggressive Jewish characters, for example Isaac Babel’s portraits of Jewish gangsters in Odessa. Yet in an article from April 1969 in Midstream, Syrkin added that Babel “also described other kinds of Jews and other facets of Jewish experience. It is the monotony of Roth’s gross, mean Jewish world, peopled largely by cheats and vulgarians, that is offensive.” Syrkin concluded: “There remains in Portnoy a distillate of something describable only as plain unadulterated anti-Semitism.”
In June and July 1969, Gershom Scholem, the historian and Professor of Jewish Mysticism at the Hebrew University, fired off letters to the editor of Haaretz as a warning cry against “Portnoy’s Complaint.” According to Scholem, Portnoy was essentially identical to the “figure whom the anti-Semites have conjured in their imagination and portrayed in their literature.” Unaware non-Jewish readers might well accept the caricatural description of Jews in the novel as literal fact.

With their determined misreadings, Howe, Syrkin, and Scholem were disappointed by the absence of the sort of novel which Roth had not intended to write. The sheer vehemence of such objections made a lasting impact, to the point where Roth’s extraordinary service to the world of humane letters may have been overshadowed. From 1974 to 1989, Roth edited the Penguin Books paperback series “Writers from the Other Europe,” featuring East European authors little known in the West. Many dealt with Holocaust-related themes, including the Poles Bruno Schulz and Tadeusz Borowski, and the Hungarian György Konrád. Roth would continue to use his own fame to shine a valuable spotlight on overlooked writers, notably the Israeli novelist and Holocaust survivor Aharon Appelfeld.

Yet as recently as the September 2008 issue of Harper’s Magazine, the critic Vivian Gornick decried Roth’s “primeval angers and grievances. His impassioned association of woman-hating with being Jewish-in-America soon outstripped that of [Saul Bellow’s] by a cynical mile and revealed an even more extreme temperament…In Portnoy the reader could believe that the women are monstrous because Portnoy experiences them as monstrous. In all the books that followed over the next thirty years, the women are monstrous because for Philip Roth women are monstrous. The pity of it all is the loneliness trapped inside Roth’s radiant poison.”

The image of furious isolation, whether motivated by supposed anti-Semitism or misogyny, was reiterated by critics over decades. It may have influenced the Swedish Academy’s Nobel Committee for Literature to decide that Roth was not the sort of socially progressive author usually favoured with its prize, despite numerous other honors attributed to the novelist. His stunning sequence of later novels, including “Sabbath’s Theater” (1995); “I Married a Communist” (1998); “The Human Stain” (2000); and “The Plot Against America” (2004), surely had socio-political and historical awareness, giving them resonance for readers worldwide. If devoid of inspirational homilies, Roth’s themes acquired the scope which some readers missed in his early efforts. Like James Joyce, Roth may have wished readers to spend their lives experiencing his books with intensely devoted attention. In an interview with the French journalist and author Pierre Assouline, Roth complained that in America, bibliophiles who spend “two to three hours nightly for at least three nights a week reading novels” have grown scarcer. Roth added, with typical mockery: “That’s called reading.”

Why Philip Roth Pissed Off So Many Jewish Readers