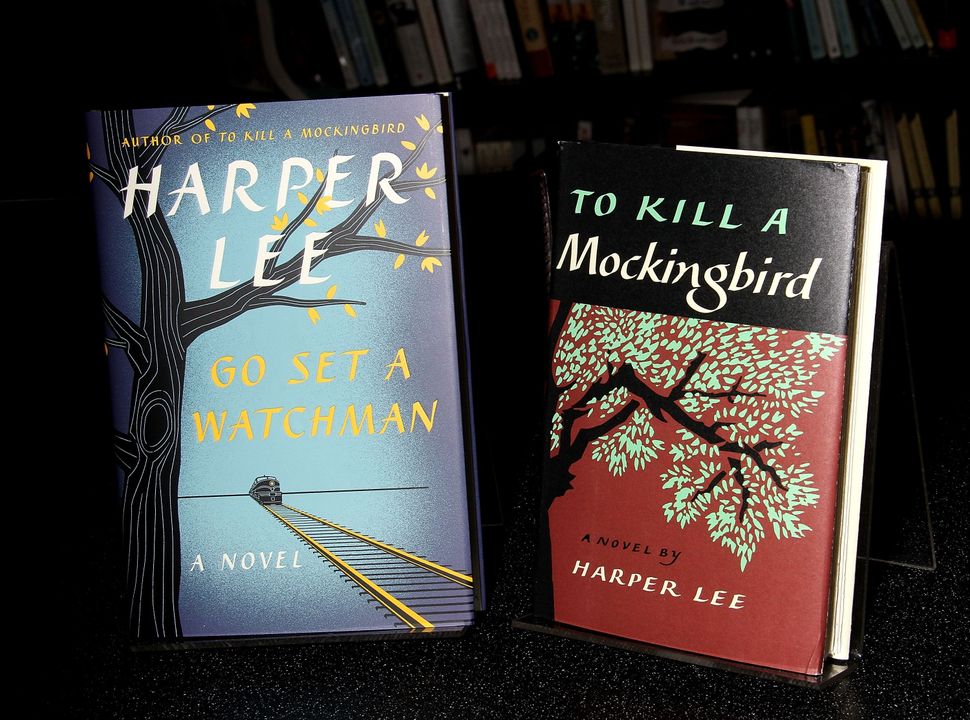 One day in September 1933, shortly after having been bailed out of jail, a middle-aged, partially paralyzed black man named Dennis Cross answered a knock at his front door in Tuscaloosa, Alabama. His visitors, pretending to be police officers, were in fact white civilians, and they were incensed that Cross had been accused of sexually assaulting a woman of their race. They proceeded to shoot him to death.

As word of the killing spread, a prominent newspaper editor in Alabama named A.C. Lee put his indignation into an editorial. The mob had “no shadow of an excuse” for its summary execution, he wrote, but not because the victim might have been innocent. Rather, Lee counseled, had the segregated, Jim Crow system of criminal justice been allowed to proceed, “punishment commensurate with the offense would probably have been meted out to him in due course.”

The historian Joseph Crespino recounts the episode in his insightful new book “Atticus Finch: The Biography,” and the anecdote is just one of many that vividly confirm his premise. Which is that the fictional character of Atticus Finch in both of Harper Lee’s versions — the crusading, heroic lawyer of “To Kill A Mockingbird” and the unapologetic bigot in “Go Set A Watchman” — were inspired by the same man, Lee’s father A.C.

The through-line between those seemingly irreconcilable portraits was the reality of the elder Lee: a refined, civilized, genteel segregationist. On many of the signal issues of mid-century America, he held admirable positions, supporting the New Deal, opposing political corruption, and urging the United States to enter World War II well before Pearl Harbor. When it came to race relations, however, Lee was the velvet glove of propriety covering the iron fist of bigotry, the outspoken foe of the Ku Klux Klan and vigilante terror who simultaneously defended a social order predicated on racial superiority. Eschewing noose and bomb, he wielded the weapons of euphemism and condescension.

“When he wrote about race,” Crespino writes of Lee’s decades as editor of the Monroe Journal, “A.C. Lee talked about defending the rights of states relative to the federal government. This was the conservative, dignified way to speak about white supremacy…Whatever his private racial views might have been, Lee never published any screeds trumpeting white racial superiority or railing against race mixers, as was common in Alabama newspapers. That kind of talk clashed with his paternalistic sensibilities.”

I came to Crespino’s book in two ways, one personal and one professional. Like millions of other Americans, I grew up on the novel of “Mockingbird” and, even more indelibly, the film adaptation that was written by Horton Foote and starred Gregory Peck as Atticus. This version of Atticus bravely defended Tom Robinson, the black farmer falsely accused of raping a white woman. This Atticus famously told his daughter Scout, “You never really understand a person until you consider things from his point of view…until you climb into his skin and walk around in it.” This was the Atticus who has been extolled over the decades by Martin Luther King, Barack Obama, and James Comey, among many others.

No wonder then, that the publication of “Go Set A Watchman” in 2015 struck so many admirers of Harper Lee like the literary equivalent of the vandal who took a hammer to the Pieta. The Atticus in this book, which Lee wrote several years before “Mockingbird” but was unable to sell, defiantly defends segregation to Scout, who is now a liberal young woman living in New York.

A member of the local chapter of the Citizens’ Council, which styled itself as the respectable face of segregation, Atticus turns pedantic with his daughter. “Do you want Negroes by the carload in our schools and churches and theaters?” he asks. “Do you want them in our world?” A bit later, he continues in a pitying tone, “The Negroes down here are still in their childhood as a people. They’ve made terrific progress in adapting themselves to white ways, but they’re far from it.”

While I paid attention to the flap surrounding the publication of “Watchman,” I had no idea Crespino was working on his biography of Atticus and A.C. Last June, I went to Emory University, where he is a professor, to discuss his earlier book about Strom Thurmond, the ardent segregationist and longtime senator from South Carolina, because it had some bearing on a current project of my own about Hubert Humphrey and civil rights. While chatting with Crespino, whom I’d never met before, the subject of his new book came up, and I was intrigued enough to ask to read it in manuscript form. Ultimately, I gave it a blurb and was named in the acknowledgments.

As I read Crespino’s supple and incisive portrait of A.C. Lee, an unexpected point of reference arose. I began to think about the Israeli settlers in the occupied territories, and their enablers and advocates in American Jewry. I am hardly an expert in the settlement movement, but for both journalistic and personal reasons I’ve spent some time across the Green Line. And around the same time Crespino’s book was published this spring, two detailed portraits of settlers appeared in print: Sara Yael Hirschhorn’s book “City on a Hilltop” and Wajahat Ali’s article in the Atlantic, “A Muslim Among Israeli Settlers.”

A lecturer in Jewish Studies at Oxford, Hirschhorn is enough of a liberal to write regularly for Ha’aretz, while Ali is a Pakistani-American journalist and playwright who contributes regularly to The New York Times. So, no, neither writer could have been expected to defend the settlement enterprise. Both, however, made sustained and diligent efforts to hear what the settlers had to say for themselves. And what they said, at least as I heard it, echoed with the rationalizations of A.C. Lee.

A.C. Lee had no problem with segregation; he just didn’t want to be that kind of segregationist — the kind who pulls an accused Negro out of jail and lynches him. Lee was proud of his friendships with local blacks who, in Booker T. Washington fashion, strove to achieve within their own separate institutions. Lee resented outsiders with their talk of civil rights who disturbed the pleasant equilibrium.

Just so with the settlers in Ali’s and Hirschhorn’s tellings. They go to pains not to be seen as that kind of settler — the kind like Meir Kahane, who calls for mass expulsion of Palestinians; the kind like Baruch Goldstein who slaughters Muslim worshippers; the kind like the “hilltop youth,” who uproot olive groves and desecrate mosques. The settlers of the A.C. Lee variety speak sentimentally about their wonderful friendships with Palestinians before the intifadas and the peace process ruined everything.

When I raised the question of the parallel with Hirschhorn, she emailed back this reply:

“I think it’s very important for settlers — like many other groups — to dissociate themselves from violent vigilantes and radical ideologues. It endangers their larger project. They sometimes grouse about distinctions between ‘good’ and ‘bad’ settlers for the sake of unity, but at the end of the day, they know that being model law-abiding citizens in every respect other than participating in the occupation itself accords legitimacy to their project.

“My question, though, is how much can this distinction really hold when the geographic and mental distances between these two groups are so close? For example, when I have confronted some of my contacts about hilltop vigilantism, and they deny knowing anything about it and say they condemn it, is that really possible when it is happening literally up the street from where you live and some of the kids from your community are part of it?”

Today, A.C. Lee wears a business suit and holds an advanced degree, like U.S. ambassador David Friedman and envoy Jason Greenblatt. Today, A.C. Lee lets it be known he collects art and wine, as a sophisticated person would, like Dani Dayan, the former leader of the Yesha Council who is now Israel’s consul general in New York. Today, A.C. Lee explains that there’s no reason to stop building in settlement blocs since Israel will keep them in a peace deal, even though there is no such deal. Today, A.C. Lee avers that he would certainly make peace if only there were a Palestinian partner. And so the settlement enterprise becomes permanent, or at least as permanent as segregation once looked in the American South.

But as Crespino points out in his book, A.C. Lee’s version of gentlemanly segregation did not survive. By the time he died in 1962, the white South, including all those chapters of the Citizens’ Council, had adopted the stance of “massive resistance” in the face of civil rights protests, Supreme Court rulings, and the imminent prospect of federal legislation. And if a black church had to be bombed on a Sunday morning, and four little girls killed, then such was the price of sustaining the system. Ultimately, though, the oppressed black men and women of the South did what, just maybe, the Palestinians of the occupied territories still might: say we’re part of your nation, like it or not, so give us the vote. A.C. had no decent, refined, respectable answer to that.

Samuel G. Freedman, a contributing editor to The Forward, is the author of eight books, including “Jew vs. Jew: The Struggle for the Soul of American Jewry.”