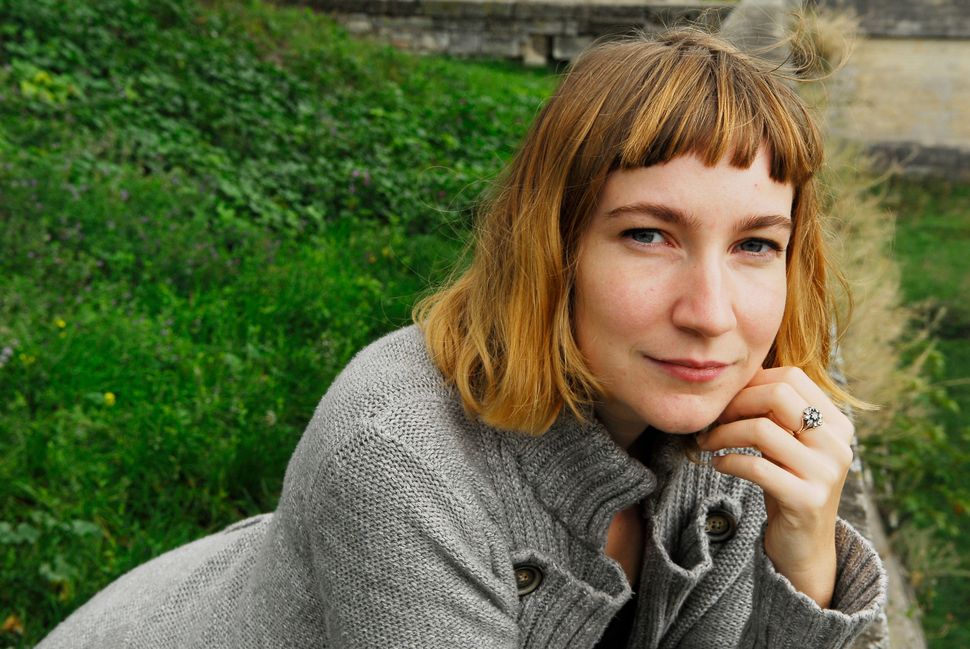 Reading Sheila Heti’s new book “Motherhood” in public presents a particular challenge: Twice, in recent days, I was asked, by people clearly unfamiliar with Heti’s work, if I’m expecting. Which I am not, thank you very much. But, even considering the potential for bruised feelings, reading “Motherhood” — publicly or privately — is well (if sometimes exasperatingly) worth it.

Like Heti’s previous novel, “How Should a Person Be?”, “Motherhood” titularly masquerades as an instructional manual, a guide to hard-to-navigate territory. “How Should a Person Be?” was intended to be, as its subtitle had it, a “novel from life”: it made use of emailed correspondence between Heti and her friends, particularly the painter and sometime Heti collaborator, Margaux Williamson, of real conversations, of situations clearly drawn, perhaps even drawn wholesale, from the author’s life.

Sheila (technically, “Sheila”) struggled to finish a play she had been commissioned to write, to negotiate a variety of relationships, including one with Margaux (technically, “Margaux,” who sometimes had difficulty with her words being used as part of Sheila’s project), to figure out how a person might become an artist and how an artist might describe the process of becoming a person. When I first read “How Should a Person Be?” I didn’t think I liked it very much. Heti’s prose was sometimes awkward, her sentences blunt, unadorned, not just un-aestheticized but sometimes anti-aesthetic. And yet in the time since I first read it, I have often thought of it, often returned to it. Just as Heti grapples with what it might mean to be a writer, to insist on and exert her talent, channel it in the making of art and in the making of herself, which could be a form of art making, the reader is forced to examine her own presumptions, investigate (and discard) her comfortable habits. There is something exciting — untoward but (and?) deeply, profoundly pleasurable — in all this figuring out, as though from scratch. How should a person be, the novel seems to be asking, if a person didn’t have it all figured out for her, if a person had the chance to figure it out for herself?

“Motherhood” might be thought of as a sequel, an investigation of what happens once a person has it figured out. And what happens is that vigilance must ever be maintained in the face of prefabricated ways of being. Our unnamed narrator — middle name Magdalen — finds herself, at thirty-six, surprised and, if not outright angry, then certainly disappointed, by her friends’ submission to the mothering imperative. “I had always thought my friends and I were moving into the same land together, a childless land where we would just do a million things together forever,” she notes. Alas, friend after friend after friend becomes pregnant, has a baby, insists to the narrator — let’s just agree to call her Sheila — that she will surely soon have a baby herself, that she would surely love being a mother.

Sheila’s problem, aside from smug friends, is that she doesn’t know what she wants. Or rather, she suspects strongly that she would not in fact love being a mother, does not want to have a baby at all. “If no one had told me anything about the world, I would have invented boyfriends. I would have invented sex, friendships, art. I would not have invented child-rearing,” she says, a suggestion that children don’t figure in her emotional, imaginative economy. And yet.

And yet, Sheila’s body has its own imagination. There are several recurring motifs or organizing principles at work in “Motherhood” — the I Ching, which Sheila uses, in modified form, to get yes/no answers to some pressing questions, including whether this book project is worthwhile; dreams, which Sheila recounts frequently; the Biblical story of Jacob’s tussling encounter with the angel — but one of the most interesting is Sheila’s menstrual cycle, her acknowledgement that, for two weeks every month, her mood (and her relationship with herself and her relationship with her boyfriend Miles) is at the mercy of her body’s reproductive logic.

The book, initially divided into sections related to places — Home (that is, Toronto), New York — is soon divided into phases: Follicular, Ovulating, PMS, Bleeding. It is as though, in her thirties, comfortable at home and away, confident in her talents, in a relationship with the man she has longed for since she met him as a teen, Sheila’s life is shifting, restructuring along lines she has managed to believe did not and would not matter. “Motherhood” is at once the attempt and the chronicle of the attempt to recalibrate. At one point, Sheila describes herself as “a draft dodger from the army in which so many of my friends are serving, just lolling about in the country they are making, cowering at home, a coward.” At other moments, Sheila’s refusal seems principled, and though she experiences anxiety at the thought of some potential future regret at childlessness, she is startlingly direct about the far more anxiety-provoking possibility of regretting the birth of a child. She says:

I want to take up as much space as I can in time, stretch out and stroll with nowhere to go, and give myself the largest parcels of time in which to do nothing — to let my obligations slip to the ground, reply to no one, please no one, leave everyone hanging, impolitely, and try to win no one’s favor…Having children is nice. What a great victory to be not-nice. The nicest thing to give the world is a child. Do I ever want to be that nice?

This is perhaps the Portrait of the Artist as Bartleby the Scrivener, saying — at length—“I would prefer not to.”

“Motherhood” takes its time exploring the complications of Sheila’s feelings about motherhood: it fulfills her desire to take up space, to stretch out. Readers might balk at the novel’s repetitions, its demand for a large parcel of time without obvious returns of expected pleasures. Of course motherhood is frequently like this, and one of the conceits of “Motherhood” is that the writing of a book, the making of art, is not unlike bearing and tending to children. (The writing of a book — as the writing of this one admittedly is — can also be a way of delaying making the decision regarding the bearing and the tending.)

Sheila posits an equivalence between her religious cousin’s six children and her own six books, and she plays with the possibility that the injunction to be fruitful and multiply could — nay, should! — apply to creative endeavors. The story of Jacob’s encounter with the angel, that famous wrestling match, is at first for Sheila a story that speaks to her own wrestling with the question of procreation, but it is ultimately also a story about the work of writing, about the blessing that ensues in the place of struggle. Motherhood is a wrestling place, and so is “Motherhood.” The latter at least is not really about the literal question of whether to have children: both Sheila and the reader expect (spoiler alert, but not really) that she will not. Rather, the novel dramatizes a larger tension, the desire to live meaningfully and, pardon the pun, fruitfully.

“Motherhood” is in many ways less future-minded than past-aware. It is, especially as it nears the end, more actively concerned with what it means to be a daughter. Sheila is the daughter of a single-mindedly hardworking mother, a woman so committed to her occupation as a pathologist and so little involved in her children’s lives that a friend once asked Sheila if her mother were dead. And Sheila’s mother is the daughter of another hardworking woman, a Holocaust survivor who imbued her daughter with an urge to succeed professionally. Both offer Sheila a sense of legacy, lovingly realized in “Motherhood.”

Sheila Heti wrote a book called “How Should a Person Be?” almost a decade ago. Now she has written a book called “Motherhood,” perhaps because the title “How Should a Person Be?” was already taken. But the work of being a person is never quite done, or at least not until one is dead, and I bet Sheila Heti could write a hell of a book about that too.