In Genetics, There’s More Than What Meets The Eye 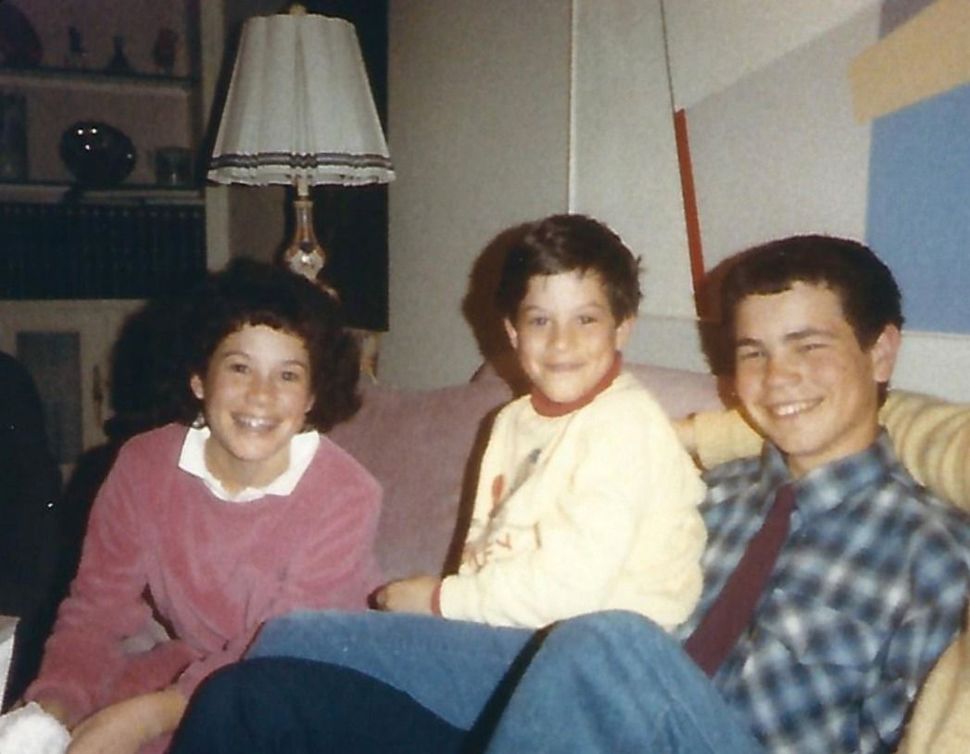 Image by Courtesy of Amy Oringel

In July, 1987, my cousin Aviad Bar-Sella left to begin his service in the Israeli army. I was visiting for the summer and watched the milestone unfold in the family’s small, tidy apartment in Kfar Saba. Although we had basically just met, I will never forget what Aviad said to me before he walked out the door. With his mother Pnina watching on, unsuccessfully fighting tears, he said, “Make sure to take care of yourself because you’re the only person in the world who looks like me.”

With our short dark curly hair, circular faces and almond-shaped eyes, the resemblance was unmistakable. “When you first stood together, it was unbelievable,” Pnina had told me. “Like someone had put a copy paper over you.”

Aviad’s great-grandfather and my great-grandfather were two of the nine Plachinsky siblings raised in a small town outside of Lodz, Poland. Our familial connection sounds more distant than it is, and that it’s obvious we share the same genetic material isn’t exactly earth-shattering. But the circumstances were. It began twenty years earlier with a knock on the door.

My grandparents Danny and Belle Oringel were living in Brooklyn with my grandma’s mother, Esther Plachinsky, who everyone called Bubbe (I actually thought “Bubbe” was her given name until an embarrassingly late age). It was 1970 and until that point, Grandma Belle, and Bubbe too, had no evidence, nor idea if any of their extended family had survived the war. My grandfather, on the other hand, had a large, close-knit group of siblings, cousins, nieces and nephews who all lived within blocks of each other and gathered for holidays, Friday night dinners and more. There were Oringels aplenty.

But where were the Plachinskys?

Naturally, the worst was assumed, and, given the dominating attitude of the times, the Holocaust and its aftermath were rarely discussed.

Then came the knock.

When Grandma Belle answered the door, there was an older man standing in front of her. He said he was Zvi Plachinsky, her first cousin. After the shock wore off, Zvi told Bubbe and Belle of their many relatives in Israel. Belle’s father Louis (Lazar) Plachinsky had escaped Poland well before the Nazi invasion. According to family lore, he had to disappear overnight after accidentally killing a Cossack who was beating an old Jewish man. But unbeknownst to Bubbe or my grandma, who was born in New York, Louis was not the only one who survived. One brother fled to Australia and other family members made it to Israel, including Pnina’s father Chaim Aron who, thanks to falsified papers that claimed he was an American citizen, had been freed from Buchenwald. 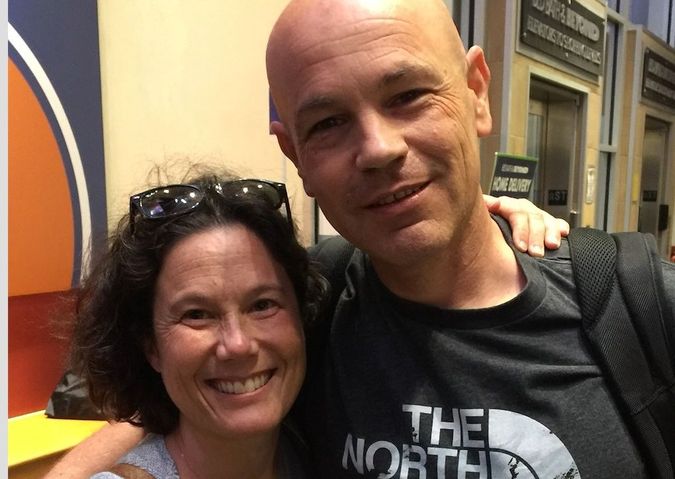 The author (left) with her cousin. Image by Courtesy of Amy Oringel

My grandparents got on a plane and went to meet the family. And was there family. The war was now a generation or so behind them, and the several original survivors had multiplied into a healthy clan. There was Zvi’s daughter Michal; her brother Doron; Shlomo; Bernard; Pnina and her mother Judith; and Jacob, who, as one of the first contributors to the Shoah archive, was interviewed by Steven Spielberg himself.

Of course there were also so many who had died. A family with six children including a set of twins that had just turned three; a young mother of 28; ten-year-old Shlomo Simon; his mother Esther. But some lived. And while a few had changed their last names, others didn’t in the hopes that if anyone from the family was looking for them, they would be found.

Soon after my grandparents visited, my parents did too.

My mom, Sandy Oringel, told me, “I’ll never forget meeting Pnina. Her mannerisms, her voice, her light eyes, fair skin and freckles. She was the image of Belle. It was just shocking. Anyone who doesn’t believe in genetics needs to look at this family.”

The story could very well have ended there. But the connection had been established. Thin blue airmail letters were exchanged across the ocean. And there was an annual phone call from Israel, typically on Christmas Day, my father’s birthday. I always knew when he was talking to Pnina because his voice went from a normal murmur to a low scream.

When I was a teenager and desperate to do something interesting with my summer, I decided to go live with this family, my family, that I had been hearing about for years, but had never met. I would experience authentic Israeli life through a home stay. Pnina told my parents not to worry, that she, along with her husband Danny and children Ran, Aviad and Rakefet, would be waiting at the airport to welcome me to Israel. And she was positive that she would recognize me.

What I didn’t anticipate was that I was immediately able to recognize her. As I had been told, Pnina was just like my grandma. The light eyes, the fair skin and freckles, the wiry hair.

After that magical summer which included weekend visits from soldiers Aviad and Ran, and touring the country, it would be another decade before I got back to Israel. This time, I traveled with my entire family, plus my then-just-a-boyfriend, Dan, for Aviad and his wife Efrat’s wedding. All of the cousins were there. Michal. Her son Noam. Jacob. Aviad and Efrat returned the favor the following year and came to New York when I married that boyfriend.

Today Aviad and I still look quite a bit alike even though he is now bald and I have the good sense not to cut my hair into the shape of a microphone. But what began as a connection based on the external has grown into something far more meaningful. The thin blue letters have been replaced with Facebook, WhatsApp, Skype and Instagram, and the annual phone call has been replaced by more frequent ones. Aviad and I share so much. There are teenagers. Mortgages. Dogs. Business trips. In-laws. And, yes, politics. When Marine One was lifting President and Michelle Obama into the air and away from the White House for the last time, my cell phone buzzed. I was in the middle of a seriously good cry and was about to ignore the call. Then I saw who was on the other end. Aviad. I picked up. I’m not sure I would have for anyone else. He was calling to offer support and reassurance that everything would be okay. In that moment, I believed him.

Last October, Aviad and Efrat brought their three children to the U.S. My daughters and their children connected immediately. We showed them the exciting world of pumpkin carving, the teenagers bonded over YouTube and, the youngest, Yonatan, ooohed and ahhed over my daughter Zoe’s collection of all things Harry Potter. On their last day in New York, Zoe gave him her Gryffindor robe. He wore it the whole flight home.

While the emotional ties between our families remain strong, so do our genes. Just last week, Ran was in New York for business and came to our house for Shabbat dinner. He hadn’t seen my kids in several years. When my older daughter, named Sydney Belle for my grandma, came downstairs, he took one look at her fair skin and freckles, her light green eyes, and her dark curly hair, and said, “Now that’s a Plachinsky.”

In Genetics, There’s More Than What Meets The Eye