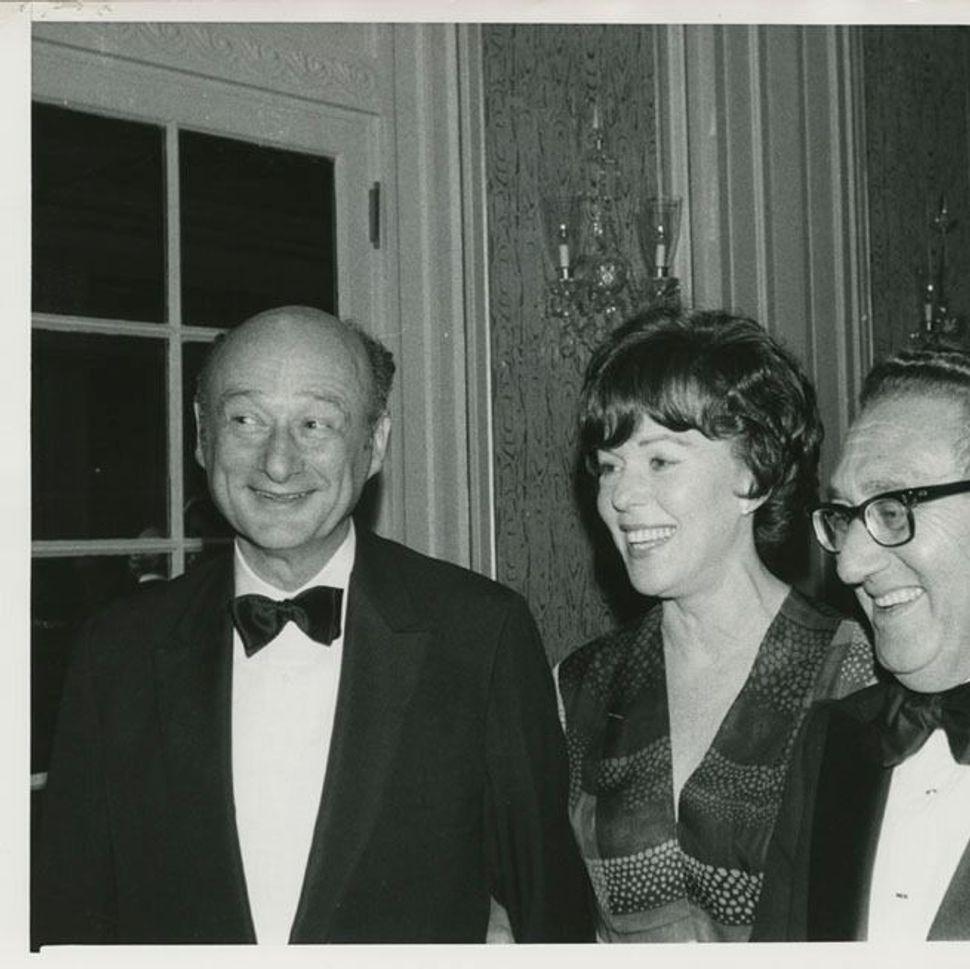 Bess Myerson, the first and only Jewish Miss America and, later, a power player in New York politics, was born on July 16, 1924.

Myerson, a figure of glamour and, eventually, scandal, was a sign of changing times. Her coronation as Miss America came in September, 1945, only a few days after V.J. Day, the official beginning of America’s post-World War II era. Myerson came from humble origins. Born in the Bronx to Russian immigrant parents, her first love was music. The New York Times reported in her obituary that Myerson dreamed of getting a master’s degree in music from Juilliard or Columbia and, by giving piano lessons, earning enough money to buy a Steinway. 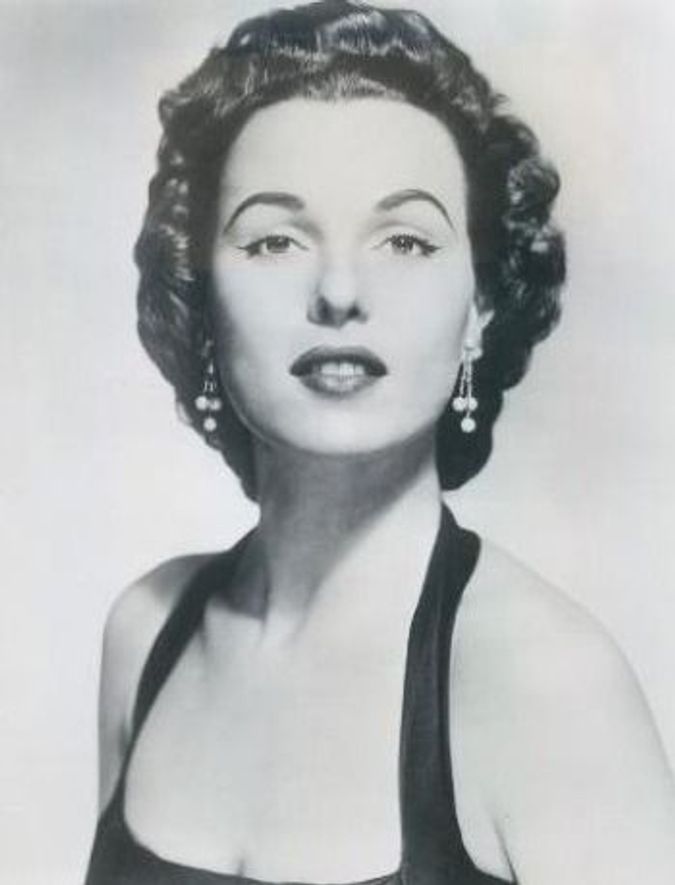 But fate had other plans for Myerson, whose sister, Sylvia, submitted her photograph to the 1945 Miss New York City contest. Myerson maintained she had no idea that she had been entered. She won the contest and made the trip to Atlantic City, hoping to secure Miss America’s first-ever college scholarship.

Her musical bona fides — a Hunter College bachelor’s degree in music — won the day when she played George Gershwin’s “Summertime” on the flute.

Her victory held immense symbolic significance in 1945. “The Jews said, ‘She’s got to win in order to show that we’re not just nameless victims’” her daughter, actress and screenwriter Barra Grant, told New York Magazine in 1987.

Still, anti-Semitism loomed despite Myerson’s victory: Three of the pageant’s five sponsors withdrew from having her endorse their products, unwilling to have a Jewish woman be the face of their brands. Certain stopovers on her country-wide tour also had to be cancelled when she was barred from staying in restricted hotels.

Myerson got her first taste for politics after her tour, stumping for the Anti-Defamation League and B’Nai B’Rith with a speech titled “You Can’t Be Beautiful and Hate.”

Leveraging her moment of fame, Myerson performed in Carnegie Hall, playing Rachmaninoff on piano. She married the Navy captain Allan Wayne, gave birth to Barra, divorced Wayne, and enrolled in a Master’s program at Columbia as planned. Myerson would end up quitting her studies due to scheduling conflicts arising from her regular presence as a panelist in the new medium of television game shows.

Telegenic and ever-involved in Jewish charities, Myerson made her first parlay into proper politics in the late 1960s after marrying, divorcing and remarrying entertainment lawyer Arnold M. Grant, whom she would divorce again in 1971. Grant was a kingmaker in Democratic politics, and Myerson, with little in the way of credentials, was appointed Commissioner of Consumer Affairs by New York Mayor John V. Lindsay in 1969. She served in the position for four years, with some notable milestones. It was Myerson who require retailers to post unit prices on an array of items (e.g. the cost of one liter of milk in a two liter bottle), making New York the first city in the country to have such a regulation.

She even had a beef with hamburgers that were less than 100% beef, which she called “shamburgers,” and put nut canneries on notice for packing too many peanuts in jars labeled “mixed nuts.”

She ran for the U.S. Senate in 1980, shortly after a battle with ovarian cancer. Despite 35 years of public service and national attention, her beauty queen image was to her detriment in the race. She wasn’t considered serious enough to hold the position, despite her work for the Johnson and Ford administrations on commissions on crime and violence and work place issues. Myserson would later serve on President Carter’s commission on mental health and world hunger. 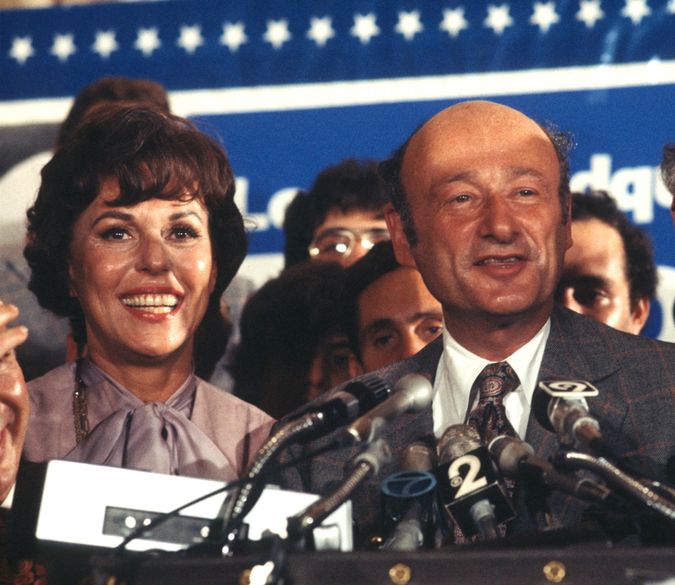 In 1983, Mayor Ed Koch picked Myerson as Commissioner of the Department of Cultural Affairs. Her life in the public eye subsequently unraveled in what became known as the “Bess Mess.” Her affair with the wealthy — and much younger— sewer contractor Carl “Andy” Capasso was made public in Capasso’s divorce proceedings. The judge in those proceedings, who ruled in Mr. Capasso’s favor, appeared to have been bribed by Myerson, who set the judge’s daughter up with a position as her assistant in the office of Cultural Affairs.

Dogged by debt through the 1980s, Myerson found herself pleading guilty to tax evasion in 1987. Soon after, she was investigated for providing city contracts to Capasso. When brought before a grand jury, she pled the fifth and was forced to resign in disgrace in April of that year.

A year later, in 1988, Myerson was indicted in the verdict of Capasso’s divorce case. She was accused of conspiracy, mail fraud, obstruction of justice and using interstate facilities to violate state bribery laws. She was ultimately acquitted, but the case caused her to withdraw from public life until her death in 2014 at the age of 90.

Yet despite the ignominy of her years after public office, Myerson’s legacy survived in her work for three presidential administrations and under two New York City mayors. By comparison, her one-time Miss America crown seems a small accomplishment.