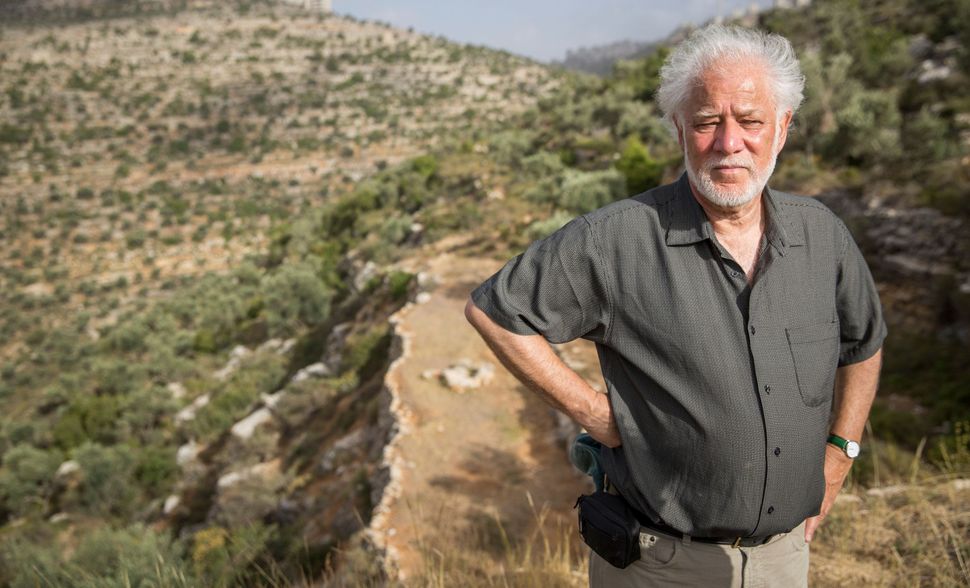 Michael Ondaatje outside Ramallah at the 2014 Palestine Festival of Literature. Image by Rob Stothard/Getty Images

Rachel Kushner, Sally Rooney and Richard Powers are among the authors longlisted for the 2018 Man Booker Prize.

The prize, given annually, will be awarded on October 16, following the announcement of a shortlist on September 20. Originally restricted to fiction from Commonwealth countries and Ireland, the prize recently attracted controversy after, starting in 2014, it was opened to all English-language books published in the United Kingdom. The 2016 and 2017 winners, Paul Beatty and George Saunders, were both American, prompting a group of literary celebrities to request that the rule change be reversed.

This year’s longlist includes only two entries from the United States, as opposed to four in 2017. Those entries are Kushner’s “The Mars Room” and Powers’s “The Overstory.”

Reviewing “The Mars Room” in the Forward, Yevgeniya Traps wrote “Kushner brings to ‘The Mars Room’ a sense of authority and a moral indignation, which can sometimes have a distorting effect: In a bid to capture everything and keep things real, a certain falseness creeps in.”

The longlist also includes the first graphic novel ever to be considered for the prize, Nick Drnaso’s “Sabrina,” and Michael Ondaatje’s “Warlight,” an inclusion that comes only weeks after Ondaatje’s “The English Patient” won the Golden Man Booker, a special award in honor of the prize’s 50th anniversary.