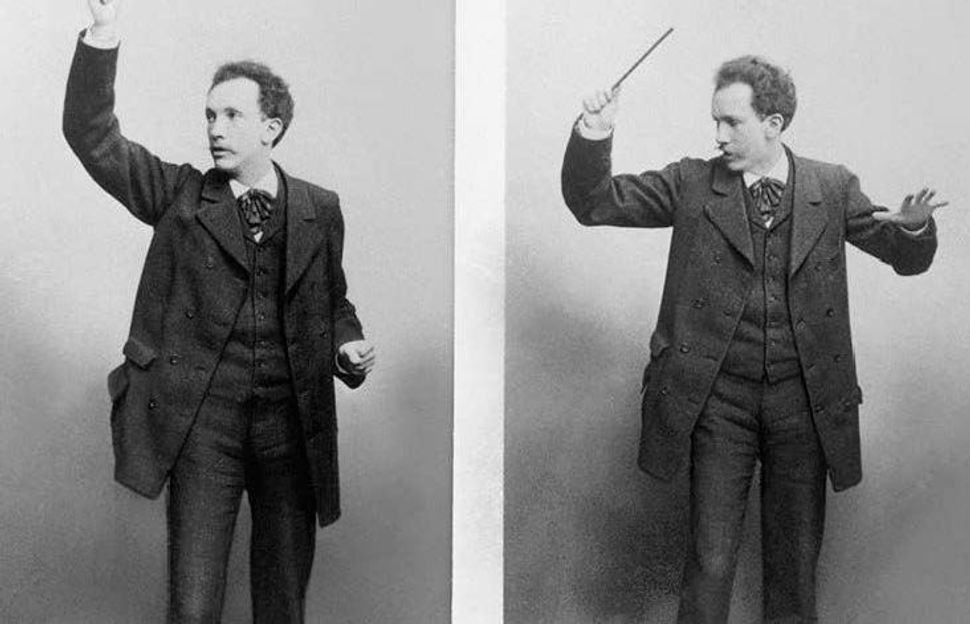 The composer Richard Strauss has a complicated legacy. Beginning in 1933, Strauss served as the President of the Reichsmusikkammer, the Nazi Reich’s Chamber of Music, a damning collaboration with the regime. But in 2014, prompted by celebrations of Strauss’s 150th birthday, many music scholars took to editorial pages, to reconsider the extent of the artist’s complicity. In rethinking his role, the occasion of Strauss’s forced retirement from the Reichsmusikkammer in 1935 requires special attention. Now, a key document related to his ouster is for sale.

A hand-written manuscript for the final scene of Strauss’ 1935 opera “Die schweigsame Frau” will go up for auction at Nate D. Sander’s Auctions in Los Angeles on July 26. The opera, about a shell-shocked naval captain in search of a quiet wife, has a libretto by Jewish author Stefan Zweig, whom Strauss insisted be billed in the program in defiance of Nazi Minister of Propaganda Joseph Goebbels. The move prompted Hitler to skip the opera’s premiere in Dresden. Performances were allowed to continue for a time, despite the objection of some of Hitler’s ministers, until the Gestapo intercepted correspondence between Zweig and Strauss that was critical of the Reich. The letter led to the opera’s cancellation, a ban on its performance and Strauss’s removal from his position with the Reichsmusikkammer.

While this episode reflects favorably on Strauss, it forms only part of his conflicted involvement with the Nazis. Soon after his dismissal, Strauss personally appealed to Hitler in writing, pledging his loyalty and stating that the Zweig letter had “not represent[ed] my view of the world nor my true conviction.”

What Strauss’ true convictions were remain murky, but many scholars now suggest he was at the very least ambivalent to the Nazi regime. “I wouldn’t say he was pro-Nazi ideology; he was pro-Richard Strauss ideology,” Bryan Gilliam, author of a number of books on Strauss, said on WQXR in 2014. “He was an opportunist. I don’t think he was excited ever about any government. He’d be excited over a government that gave him opportunities for work and commissions and the like.”

Strauss used his role to champion musicians, refusing to blacklist Jewish ones, all while resisting pressures to censor works deemed “degenerate” by Goebbels’s apparatus.

“A child of the 19th century, he had foolishly tried to use the modern-day phenomenon of totalitarian fascism for a good cause,” Michael Kater wrote for The New York Times in 2002.

Still, Strauss’s affiliation with the regime sometimes left him compromised. He agreed at the last minute to step in at the baton for his colleague, the blacklisted Jewish maestro Bruno Walter, so a concert in Berlin could go as scheduled. In his time as Reichsmusikkammer President he also dedicated fawning compositions to Goebbels, and, it has been discovered, the Nazi jurist Hans Frank, otherwise known as the “Butcher of Poland.”

“Did Strauss collaborate with the Third Reich?” Neil Fisher wrote in a 2014 article for the Times of London. “Yes, in as far as he believed he could manipulate history’s greatest manipulators for the benefit of art; and later because he surely knew what would happen to his family if he didn’t at least go through the motions.”

Strauss was preoccupied with protecting his Jewish daughter-in-law, Alice (née von Grab-Hermannswörth), and his grandchildren, Christian and Richard, who were deemed Jewish under Nazi racial law. But after his forced resignation from the Reichsmusikkammer, his family was targeted for intimidation. In 1938, in a joint effort by Goebbels and Heinrich Himmler, Alice and her sons were singled out during Kristallnacht, as Christian and Richard were spat on and kicked by storm troopers. “This action was taken solely to keep the composer in line,” Kater wrote. “Jewish spouses of ‘Aryan’ Germans were then generally not molested.”

Strauss, ever more aware of the threat to his family, continued to produce work for the Reich — although it was largely apolitical — and he remained an imposing figure in the world of German music. Yet he was helpless to save Alice’s grandmother, Paula Neumann, from the Theresienstadt concentration camp. In an odd scene, he was chauffeured to the gates of the camp in a Mercedes and sued for her release, but his influence held no sway with the guards. Neumann perished there not long after.

Strauss did manage to spare Alice and her sons the same fate after the Gestapo arrested both her and his son, Franz, in 1942 when he was away from home. When he returned from his trip, he was able to secure their release from prison, although it wasn’t easy. Christian Strauss told the Times of London he believes the only thing that saved them from deportation and death was the protection of his grandfather’s status. “Other than for the safety of his family and his personal amenities, he did not do battle with the Third Reich,” Kater wrote. Despite this, the Denazification Board convened to judge Strauss’s case in 1948 did not incriminate him.

“His son had married a Jewess and thus… he feared that his grandchildren, whom he loved above all else, would be excluded as scum from the schools; his earlier operas tainted through the half-Jew Hugo von Hofmannstahl; his publisher was a Jew. Therefore, to him it seemed more and more imperative to create support and security for himself, and he did it most perseveringly.”