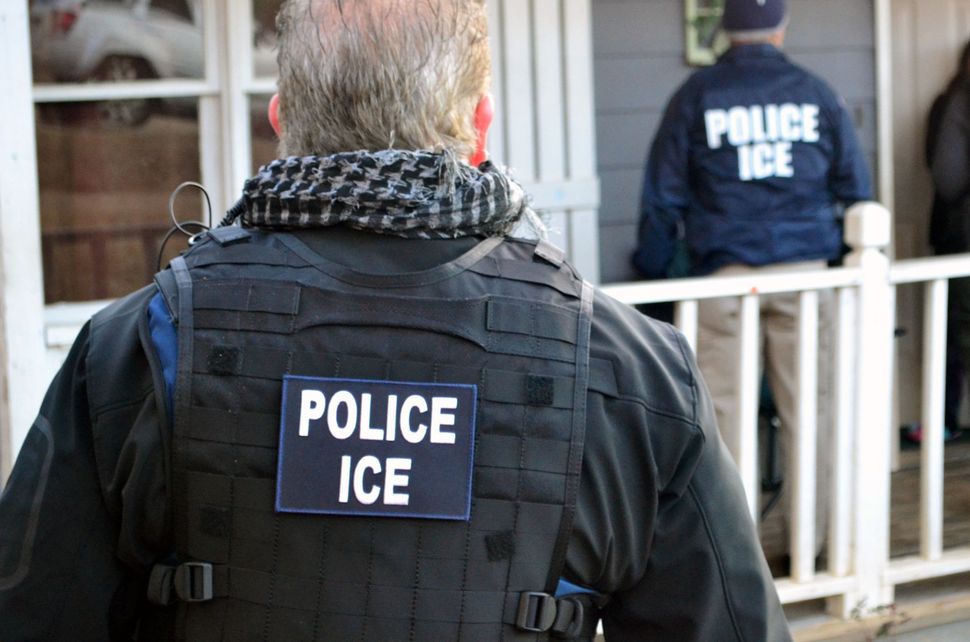 The story of Anne Frank humanizes a period of history defined by horrors that can often feel beyond the scope of our comprehension. Since 1955, the stage adaptation of Frank’s writings by Frances Goodrich and Albert Hackett has brought her story to life, serving as an object lesson in what it is to be human and how it feels to be hunted.

A provocative new production of “The Diary of Anne Frank” is scheduled to open September 6 at the Dorie Theatre in Los Angeles. The play will have a limited three-week run, but in recent days, Breitbart and a number of other outlets ran stories alleging the show will portray Frank and her family as undocumented immigrants and the Nazis as ICE officers. But the production’s director, Stan Zimmerman, says that’s not the story he’s trying to tell.

“Literally, it’s a word-for-word production of the 1997 Broadway play that Natalie Portman did. The only difference is that the actors who are playing the characters in the attic are LatinX,” Zimmerman told the Forward in a phone interview.

Zimmerman, who usually works in the realm of comedy, was formerly a writer on “Roseanne” and “The Golden Girls.” He first conceived of a nontraditional casting of “The Diary of Anne Frank” after reading a CNN article from March that told the story of a Jewish woman in Los Angeles who sheltered an undocumented woman and her children after the woman’s husband was deported.

“I didn’t know there were safe houses in LA in 2018, and of course my mind went right to the ‘Diary of Anne Frank,’” Zimmerman said. “And then all of a sudden I thought, ‘What would it be like if I cast everybody in the attic with LatinX actors?’ It just got to me — the hairs on my arms stood up.”

When Zimmerman started to do research for the play, he discovered a recent New York Times survey reporting that memory of the Holocaust is fading among younger Americans. After reading the survey, he knew he was onto something with his vision for the production.

Pop-Up Playhouse, a theater company Zimmerman launched last year, had the Dorie booked for the first three weeks of September, so Zimmerman moved quickly to secure the play’s rights.

While auditioning teenage actors, Zimmerman said he was shocked to learn that most of them had never heard of Anne Frank.

Most of the young ensemble is LatinX, a fact that has drawn the ire of some members of the community. Zimmerman claims they have flooded him, his producer and the Dorie Theatre with hateful messages. He’s says he’s been called a Holocaust denier and a Nazi for his choice to cast the play unconventionally.

“I’m very excited for people to see it, but I was sorry when the story blew up into a whole different direction and it got out that people thought we were changing the Nazis to ICE officers,” Zimmerman said.

Zimmerman believes the claim, which he maintains is false, may have stemmed from initial artwork for the play that featured contemporary photographs of ICE. The text of promotional postcards may have also led some to think the production was taking additional liberties, Zimmerman said. “When the postcard said ‘newly adapted,’ people didn’t know that’s the wording that we legally had to use from the Dramatist’s Play Service, because that’s what they called [it] when they rewrote the play for the new Broadway version in ‘97,” he said. “I am not saying there’s a direct parallel,” Zimmerman said. “There’s no way you can compare [the immigrant story] to the killing of 6 million Jews. I’m not doing that. My only parallel right now is that there are safe houses here in our country and there were safe houses back in Europe at that time.”

When asked if the production would include modern dress or other elements suggestive of contemporary America, Zimmerman was vague, preferring audiences to come and judge for themselves. “I don’t want to give too much away because I believe art needs to be interpreted,” he said. Zimmerman also noted that the cast will visit the Los Angeles Holocaust Museum to learn about the context of the play. He added that one of the production’s LatinX actors — Teddi Shaffer, who plays Margot Frank — is Jewish. Zimmerman believes that casting illustrates the shortcomings of many of his critics’ logic.

“When people say ‘You can’t cast Latin[X] actors in this play’ I ask the question ‘Do they have to be a certain color? Who’s to say who’s Jewish and who’s not Jewish?’ We read this in schools and act them out loud in the classroom. Are we only allowing white Jewish kids to read the play? Don’t we want everyone to know the story so it never happens again?”