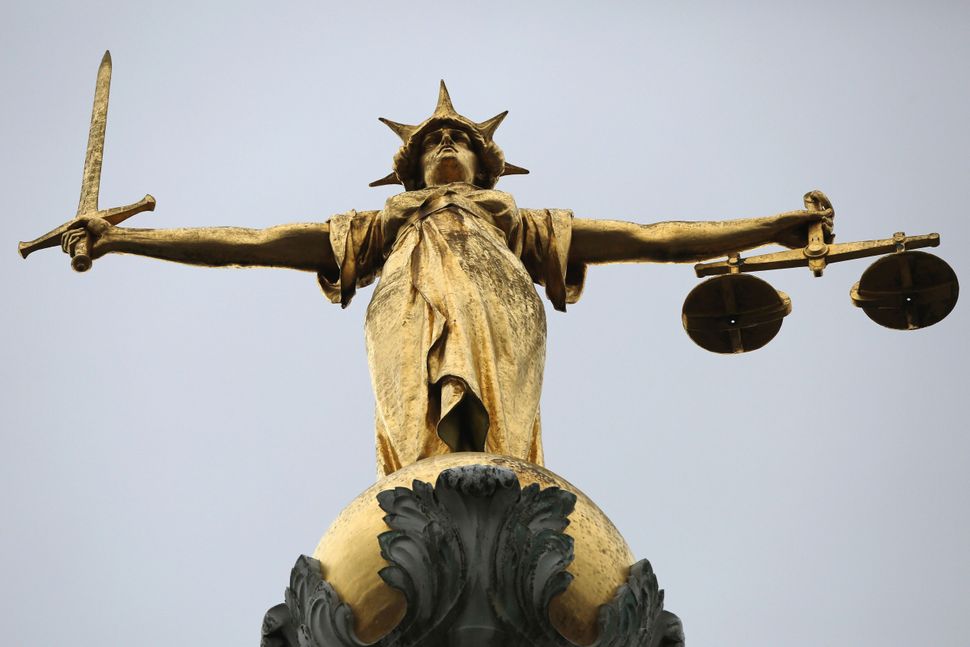 With all eyes on the U.S. Supreme Court, now is the time to think about justice — both the noun and the idea. For centuries, tzedek, the Hebrew word for justice, and its close relative, tzedakah, charity, have attracted the great minds of Judaism, from the prophet Isaiah to Maimonides — what we might think of as the all-star team.

The close relationship of the words tzedek and tzedakah — along with tzaddik, or “righteous person” — is a reflection of the triliteral root system, a central beauty of Hebrew and a defining feature of all Semitic languages. Here, these shared roots tell us to think deeply about how justice, charity and being righteous are linked.

While all this may seem merely charming, a nice topic for after-dinner conversation, the Torah loudly insists that tzedek is actually a life-or-death issue. The strongest argument for the importance of tzedek comes, interestingly enough, from Parashat Shoftim, or Judges, in Deuteronomy 16:20 — a verse that has been in the headlines lately. In this verse, the Torah specifically connects the pursuit of justice with life itself: tzedek tzedek tirdof l’maan tichyeh. “Justice, justice shalt thou follow, that thou mayest live,” is how the 1917 Jewish Publication Society translated it.

But it must be said: not everyone translates tzedek as justice. Everett Fox, in the Schocken Bible, intriguingly renders tzedek as “equity.” Here is the entire verse in Fox’s translation:

Equity, equity you are to pursue, In order that you may live

And possess the land that YHWH your God is giving you!

I thought about “justice” versus “equity” when a snippet of this particular verse was in the news, because it was on a plaque the Orthodox Union presented in June 2018 to Attorney General Jefferson Sessions. Some in the Jewish community immediately questioned whether that particular attorney general and any mention of tzedek belonged on the same stage, given what was happening at the Mexican border.

I found myself wondering what tzedek actually means.

One of my blunter relatives quickly told me that “the meaning is obvious.”

Another relative thought it was an interesting question, and urged me to quote the biblical commentators.

Because I am trying hard not to assume anything these days, I decided to try the dictionary first.

I used to think of the dictionary as neutral ground, but lately even that has become political, as anyone following Merriam-Webster’s admittedly delicious and addictive Twitter feed knows.

Even Shoshan, the authoritative Hebrew dictionary, points out that in Aramaic, the word is tzdeik, and in Arabic, tzadak means “he told the truth.” I can see where this is going, and wonder why I haven’t thought about it this way: What is just is what is true, or, to put it another way, justice is truth.

Tzedek, according to Shoshan, has a primary definition, literally, of “straightness, honesty, the path of truth.” By “straightness” the dictionary means not being crooked. Shoshan quotes the Psalms to back up his sense that justice means truth. Here, the dictionary quotes Isaiah 11:4. Here is the 1985 Jewish Publication Society translation:

“Thus he shall judge the poor with equity/ And decide with justice for the lowly of the land.”

So far, these definitions are what I expected, so I turn to the biblical commentators and see how they understand that famous verse, tzedek tzedek tirdof, or “justice, justice, you shall pursue.” My favorite commentator, Ibn Ezra, who often zeroes in on small grammatic details, focuses here on the repetition but not on the actual word. He says that it means to talk with those who disagree, and that the repetition is there because justice must be pursued whether you personally win or lose.

Ibn Ezra offers a further possible and rather beautiful explanation for the doubling of tzedek: That this pursuit of justice will be there, for all the days of your existence, to strengthen you.

Hmm. Not just to live, but to become strong. This, it occurs to me, is an interesting way to think about the barrage of injustice we are experiencing: that it will, in the end, strengthen us. But here, at least, Ibn Ezra doesn’t explain what he thinks tzedek is.

Maybe he agrees with my blunt relative, that it’s just too obvious to discuss.

Fortunately, someone thinks the word tzedek is indeed worth explaining. The commentator who goes all-out here is Nachmanides, known in Hebrew as the Ramban. Like Ibn Ezra, he has a reason for the double mention of tzedek, but his reason is different. Ramban says that if you pursue justice on your own, you will live, and if not, you will be judged and face the consequences. But then Ramban comments on what tzedek, the word, actually means, and I was deeply moved.

The first and foremost source of real tzedek, Ramban says — his exact words are rishon tzedek mamash — is the shechina, or the presence of God.

In other words, God is justice.

The first, rosier interpretation appears in the blessing after meals, in which the verse beginning na’ar hayiti appears, and it is often set to melody. “I was a young man, and I also got old, and I never saw a tzaddik with his arm outstretched, begging for bread.”

I will never forget a lunch I had with Holocaust survivors in Jerusalem who refused to say that phrase.

To them, it was not true.

I imagine that the second option Jewish text offers seemed truer to those survivors, and it is the concept of tzaddik v’ra lo, rasha v’tov lo, which is discussed in the Gemara in Tractate Berachot. “A righteous man and he experiences evil; an evil man and he experiences good.” The central question of the Book of Job is similar and eternally haunting: Why do bad things happen to good people?

It is also the title of a book by Rabbi Harold Kushner, who is no relation.

For centuries, this aspect of justice has particularly intrigued Jewish thinkers, in all languages and cultures. Sa’adia Gaon, who translated the Torah into Arabic in the 10th-century, says tzaddikim suffer so that they may be rewarded more generously in the next world.

Maimonides, a few centuries later, swatted away this argument.

Maybe because the righteous often suffer, and because towering minds do not agree about why this is, Jewish prayers have always highlighted justice, and mentioned judges. One of the 18 blessings in the Amidah is about judges, asking God to return the judges of the past. At the end of that blessing, the combination tzedakah u’mishpat appears together — charity and law.

Mishpat, law, is a separate word from tzedek and tzedakah, with separate triliteral roots. But the concepts of justice, charity and law are still related, because of their proximity to one another, in this prayer and in so many other places. We should notice.

Biblical commentary often notes who the neighbors are in a verse. Now, more than ever, we must do the same. We must look again at those familiar combinations — tzedek u’mishpat, justice and law, or, to go with Fox’s rendition, equity and law — and we must re-examine tzedakah v’mishpat, charity and law. We must insist that this family of values in Jewish tradition not be separated.

Perhaps this is our task now and forever — the truth we must pursue. To make sure our neighbors are kept whole, and to understand that we must make them whole, so that we may live, and so we may become strong.