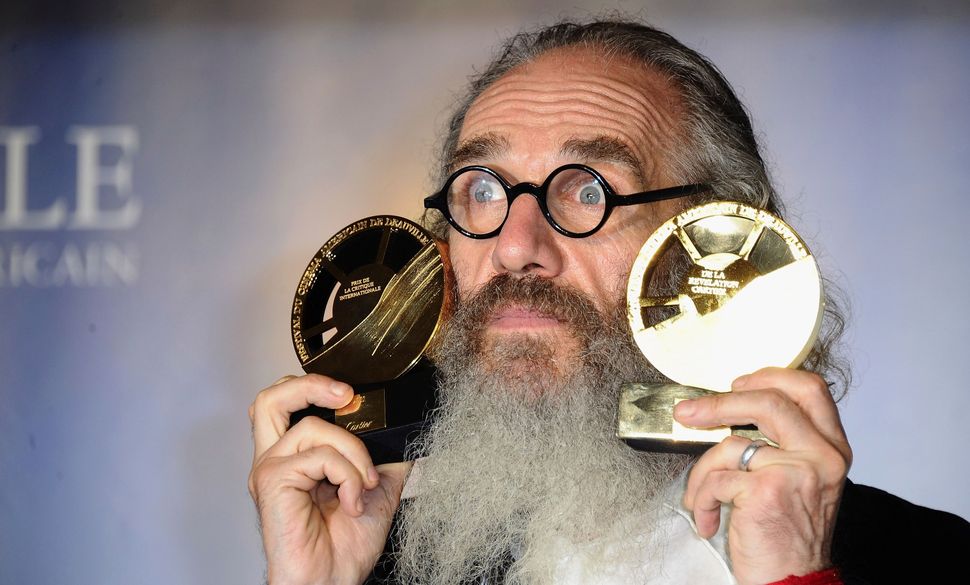 Talk about your inclusion riders! Director Tony Kaye is hoping to bring greater representation for robots in film by casting an artificially intelligent actor in his newest feature, “2nd Born.”

The idea, co-conceived by the film’s producer Sam Khoze, is designed to get the attention of the Screen Actors Guild, the motion picture actor’s union, Deadline reports, and Kaye hopes to court some special awards buzz for the performance. But recognizing an AI actor will likely be a thorny issue in an industry already relying increasingly on CGI. Giving a robot a screen credit over a human actor is likely to cause a kerfuffle.

The robot thespian will be trained in a number of acting techniques, and while it’s not clear what role it will be filling, it’s been reported that it will play the film’s lead character. The casting is a bit of a head scratcher given the logline, about a young couple having trouble conceiving, doesn’t seem to suggest a science fiction conceit. But then again, maybe it’s part of Kaye’s plan to pass the manufactured performer off as human. Who are we to pigeonhole android actors to android parts?

The film is a sequel to this year’s “1st Born,” a non-sci-fi comedy directed by Ali Atshani and Khoze that has the distinction of being the first-ever American-Iranian co-production. It looks like the follow-up will also examine the cultural differences of American and Iranian families joined together by their children’s complicated pregnancy. How a robotic relation may complicate their divide remains to be seen.

Kaye, who was born Orthodox and has been known to sport a rabbinical beard is best known for his 1998 film “American History X,” about a white supremacist who finds his conscience after a prison stint. He seems to be channeling his heritage a bit in lending the limelight to a robotic golem. But whereas the famous clay giant of Prague was known to be a tad simple, this internet-age AI will be trained in the method of Meisner, Strasberg and Adler. Is a robo-Dustin Hoffman our next big star? We could do worse.

PJ Grisar is the Forward’s culture intern. He can be reached at Gri[email protected]