Now You Can Learn Yiddish From a Robot 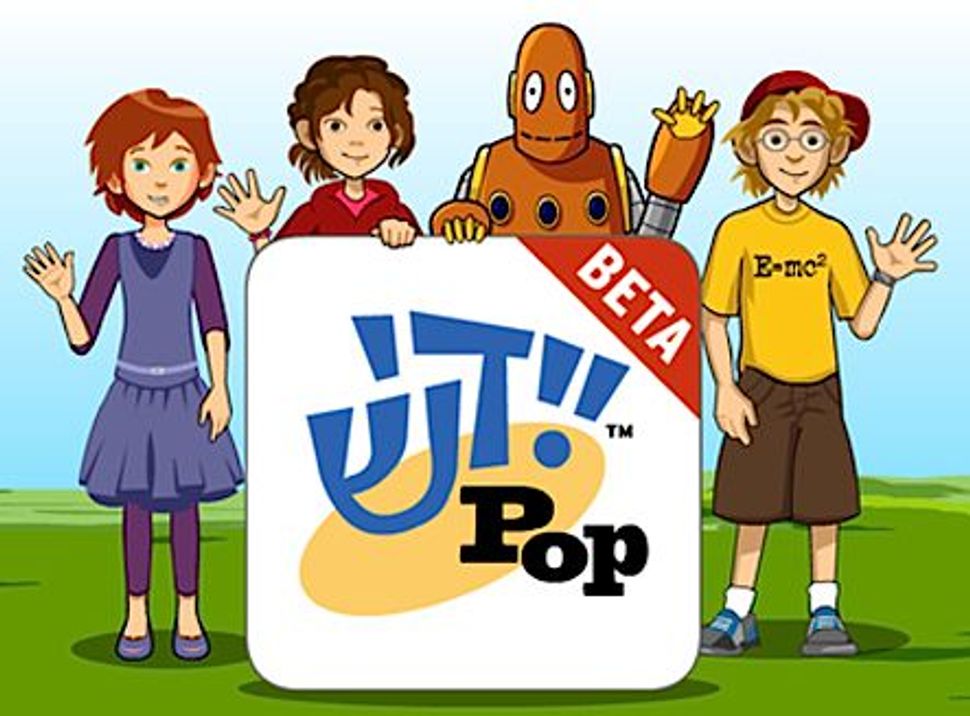 A version of this post appeared in Yiddish here. Translation by Ezra Glinter.

“Good morning. My name is Nomy. I am a girl. Good morning, Moby! He is a robot.”

So begins the first section of YiddishPOP, a new educational website featuring animated videos whose main character is a robot. It’s the result of a project begun three years ago, long awaited by Yiddish students and educators. 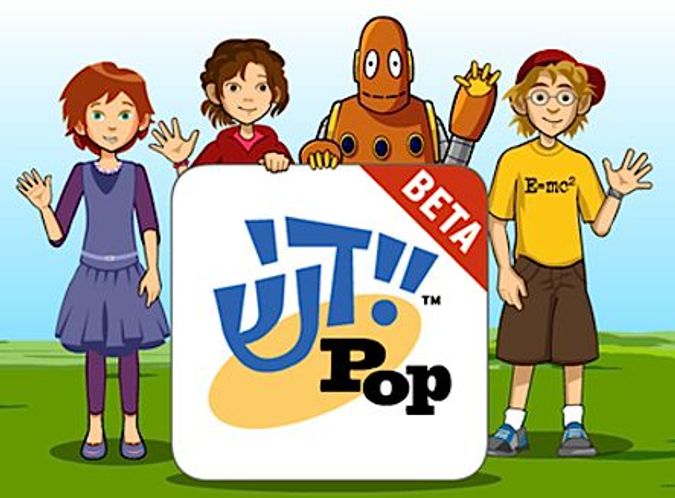 The initiative for YiddishPOP came from Avraham Kadar, head of the online education company BrainPOP and husband of the late Naomi Prawer Kadar, a Yiddish teacher and researcher of Yiddish children’s literature. Prawer Kadar also worked with BrainPOP to create ESL (English as a Second Language) educational materials.

Following her death in 2010, Prawer Kadar’s family decided to develop a teaching program for Yiddish within their company. “We felt that the project was a fitting honor for the memory of my mother’s passion for Yiddish. She would have led such a project herself, had she been alive,” said her daughter, Maya Kadar.

BrainPOP, which produces animated teaching materials, was founded by Avraham Kadar in 1999. Though Kadar is an immunologist and pediatrician by profession, he undertook to create teaching programs so that “young patients could understand difficult concepts through creative means.” The programs on BrainPOP are designed to be used by both individuals and groups, including entire classes. The company sells its products to educators and schools, but the YiddishPOP program is available for free online. Every few months a new course-level will be released.

According to Maya Kadar, a team of programmers, graphic artists, animators and Yiddish experts was assembled in order to create YiddishPOP. The courses include a wide range of cultural elements. “This is different from what people expected, but we think that this is Yiddish for the 21st century,” she said. “You can find traditional elements” and “respect for the religious world,” but the program is “not unnecessarily religious,” she said. She also emphasized that the current version is in Beta testing, and can be improved based in feedback from users.

Taking an initial look at the website, the most obvious thing is that the courses do not start with the alphabet. So it may be better if you have a certain level of knowledge before using the program, but YiddishPOP has resources to review the basics, as well.

With its animated features and vocabulary-building games, the program is designed to appeal to children. It may be of less use in a university setting, but users of all ages can make independent use of its well-ordered and organized material.

Around 30 new course-levels are scheduled to be put online over the next several years, at a pace of one every two or three months, all of which will be free for users. Thanks to the Internet there are now many new products available for students of Yiddish, and YiddishPOP is foremost among them.

Now You Can Learn Yiddish From a Robot