On Dorothy Parker’s 125th Birthday, 7 Brutally Funny Quips To Remember Her By 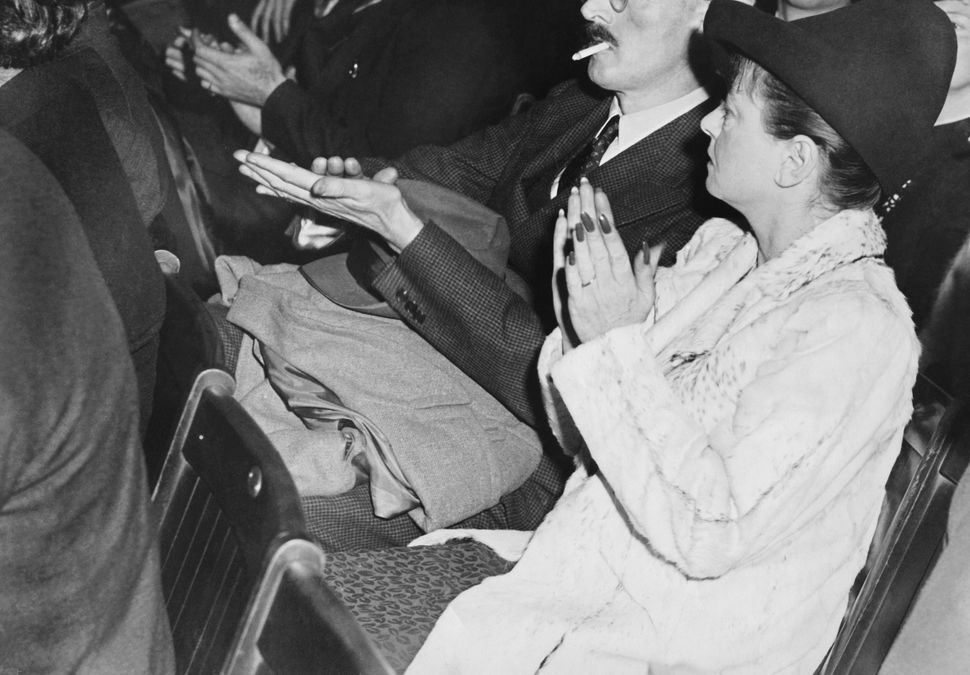 Dorothy Parker: You know her. Master of the velvet-clad barb, she was a literary polymath who could devastate anyone in fewer words than it might take her lunch date to order a salad. If you had the mixed fortune to be that lunch date, and you had previously held your own wit in high regard — well, good luck.

Parker, born Dorothy Rothschild 125 years ago today, was always pointed in her writing. For her birthday, she would likely rather be the subject of a magnificent diss than a listicle. Alas for Parker, she was simply too fun to be remembered quite as acerbically as she would like. Should you not have your “Portable Dorothy Parker” with you for easy reference, read on for some of our favorite instances of Parker’s genius. We advise reading with a martini — very dry, and only one, per Parker’s own admonishment — in hand.

1) When she satirized her own reputation for bitterness

In the 1926 poem “Wail,” Parker poked fun at those who judged her to be too harsh a critic. In the first two verses of the tidy lyric, Parker expressed resignation at the departure of love and joy. How could someone deprived of such necessities live? “Dig for me the narrow bed,/Now I am bereft,” she wrote. “All my pretty hates are dead,/And what have I left?”

2) When she looked with wry misery at her writerly roots

Asked by a Paris Review interviewer to recall her early years at Vogue, Parker, in 1956, issued an evaluation of the magazine that many media workers today might find familiar. “Now the editors are what they should be: all divorcees, and chic, a collection of Ilka Chases; the models are out of the mind of a Bram Stoker, and as for the caption writers — my old job — they’re recommending mink covers at $75 apiece for the wooden ends of golf clubs ’ — for the friend who has everything,’” Parker said. “Civilization is coming to an end, you understand.”

3) When she displayed absolute irreverence about the pretensions of men

In “Men I’m Not Married To” (1922), Parker gave insight into the unsatisfactory characters of the many men she would not deign to marry. Each of the men listed appears in less-than-flattering perspective, but perhaps none more subtly so than “Mortimer,” who earned a single cutting sentence about his sense of self-importance: “Mortimer had his photograph taken in his dress suit.”

4) When she accurately identified one of life’s perpetual sorrows

In “High Society: Advice as to Social Campaigning, and Hints on the Management of Dowagers, Dinners, Debutantes, Dances, and the Thousand and One Diversions of Persons of Quality” — phew! — which Parker wrote with George Shepard Chappell and Frank Crowninshield, the authors diagnosed an eternal social ill. “One of the great tragedies of life is that men and women have a way of saying pleasant things to your face,” they wrote, “and truthful things behind it.”

5) When she articulated a convincing philosophy for the modern woman

If you, a modern woman, have ever struggled to explain to yourself why you are so infuriated by the modern cult of wellness, Parker has you covered. “If I don’t drive around the park,/I’m pretty sure to make my mark,” she wrote in her 1926 poem “Observation.” “If I’m in bed each night by ten,/I may get back my looks again,/If I abstain from fun and such,/I’ll probably amount to much,/But I shall stay the way I am,/Because I do not give a damn.”

For all that New Yorkers are given to complain about the ways in which the city has changed, in her short story “A Certain Lady,” published in The New Yorker in 1925, Parker neatly demonstrated that some things stay the same. “Shortly — oh, anywhere from seven to ten minutes — after she has met you, Mrs. Legion is supplying you with all the ground floor information as to why she lives on Riverside Drive, instead of Park Avenue,” Parker wrote. “There is all the sun they get, and that big kitchen, and the superintendent is so obliging, and just look how convenient the busses are.” New Yorkers beginning each conversation on the subject of real estate? Why, the story could have been published today.

7) And when she skewered every single man — then and now

In 1926, once again in The New Yorker, Parker published a set of poems under the title “Songs of a Markedly Personal Nature.” The full group makes for a treat, but amongst them, “De Profundis” is particularly observant about the foibles of the less graceful sex: “Oh, is it, then, Utopian/To hope that I may meet a man/Who’ll not relate, in accents suave/The tales of girls he used to have?”

On Dorothy Parker’s 125th Birthday, 7 Brutally Funny Quips To Remember Her By