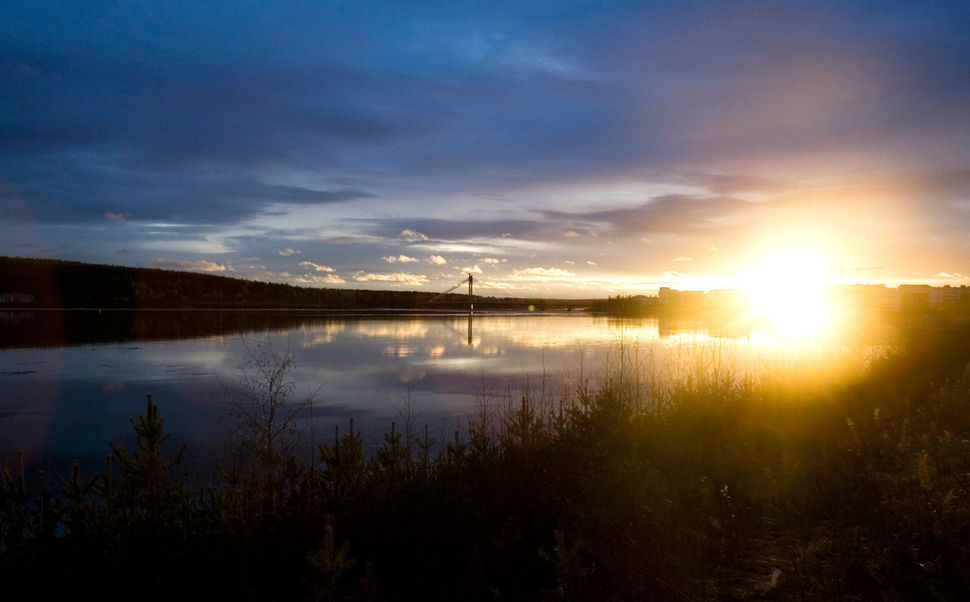 The highly coveted grants are among the most prestigious available to translators and are viewed as a symbol of excellence. Most of the grants are $12,500; this year, one translator received a $25,000 grant.

Rose Waldman won a grant to support the translation from the Yiddish of the autobiographical novel “Rings on the Soul” by Eli Shechtman, (1908-96), who was arrested in 1948 on Stalin’s orders — but not executed, as so many Yiddish writers were.

Famous writers who perished during Stalin’s attack on Yiddish literature include Dovid Bergelson, who was murdered in 1952 during the “Night of the Murdered Poets” and Der Nister, or “The Hidden One,” who died in a prison hospital.

Shechtman immigrated to Israel in 1972 and this is his final novel.

“I’m always excited when I discover a new Yiddish book, but sometimes it takes me a while to get into it,” Waldman, who previously translated S. An-sky’s novel “Pioneers: The First Breach,” told The Forward. “With Rings on the Soul, I was instantly captivated. Stylistically, it’s a beauty. It’s written in this mesmerizing stream-of-consciousness voice with long Proustian sentences that stretch on breathlessly.”

“I found myself hungry for the next sentence before I’d finished the last. By the time I got to the end of the first chapter, I knew I wanted to translate the book. Not only is the prose gorgeous, but the content is so historically significant. Half a century of Jewish life under Soviet rule encapsulated in one novel — written by someone who’d personally experienced it. I don’t know of another Yiddish novel that covers this.”

Marcela Sulak, the author of three collections of poetry and a professor at Bar Ilan University, was awarded an NEA fellowship for her translation-in-progress “Music of the Wide Lane and Other Poems” by Sharron Hass (b. 1965), from the Hebrew.

“Before I knew Sharron Hass well, I noticed that among her peers in this tiny country crammed with writers, poets, scholars, and public intellectuals, Hass is the only person I’ve ever met who is spoken of with universal praise and reverence,” Sulak told The Forward. “She has a formidable intellect that manifests itself on the page in extremely complex ideas and sentences that draw upon classical world literature, world religion, and contemporary Israeli events that one would find in the newspaper or radio.”

“It almost seems as if Hass dares anyone to read her, because nearly all her poems are book-length, which requires a different kind of reading than a collection of short lyrical poems does,” Sulak said, noting that four of five of Hass’s collections have won major awards in Israel.

“Hass’s main focus, I think, is based on her academic background in classics and religion, as well as in her personal ethics and disposition: our moral responsibility towards those we see and hear; particularly those people and those moments that are not meant to be seen and heard by us,” Sulak said.

Lola Rogers of Seattle, Washington, won for her translation from the Finnish of the novel “The Death of Orvar Klein” by Daniel Katz (b. 1938), who is one of Finland’s best-loved comic novelists — but has never been translated into English.

Rogers has translated many books of Finnish literature, including “Death in Sunset Grove” by Minna Lindgren, about a pair of best friends in their nineties. She is a member of the Finnish-English Literary Translation Cooperative.

“Katz is a member of the tiny Jewish minority that has lived in Finland for more than 200 years. He writes from an outsider’s perspective on the European North from the days of the Swedish and Russian Empires to the European Union. The Death of Orvar Klein, his third novel, tells the story of a bookish young man growing up in Finland at the turn of the 20th century,” the citation read.

Other grants recognized the translation of writers whose family history involves escape from the Nazis.

Rachel Careau, of Hudson, NY, won for her translation, from the French, of four shorter texts by the Swiss writer and director Roger Lewinter, who was born in France in 1941 to Austrian Jewish parents who then escaped to Switzerland. Careau has published translations of other works by Lewinter with New Directions; the writer and translator Lydia Davis called those translations “masterful.”

The NEA provides significant and crucial support to translators, and in so doing, has widened the reading possibilities of English-language readers.

This year, the NEA granted $325,000 in Literature Translation Fellowships to 25 translators working in languages from 17 countries. President Trump’s budget proposed eliminating the NEA and the NEH, and many in the literary community worried that the NEA would be no more. Earlier this year, The Forward spoke to the NEA’s Literature Director on why the NEA matters to America.

For translators, an NEA award can mean validation of both the worth of the project — and their own work as literary translators.

“The NEA Fellowship is for me, first and foremost, an important and meaningful affirmation of the value of Sharron Hass’s work in the world — I can’t stress highly enough how much we need Hass’s style of empathetic intelligence in the divisive and antagonistic social and political climate of Israel and the United States today,” Sulak said.

The award will also mean the chance to truly focus on the project.

“Financially the fellowship allows me uninterrupted time in the summers and between university sessions, to focus exclusively on this work. Always before, I’ve translated poems in the spaces between other projects and duties. Consequently, each translation project usually takes me years. The NEA gives me both financial security and freedom to focus only on this work,” Sulak said. “And I don’t see how I could complete this particular project otherwise, given its complexity.”

Waldman also said that the NEA support was essential in order to complete her translation.

“Getting the NEA fellowship is extremely gratifying. I want to say it’s because it provides validation to me as a translator, it honors Yiddish, and it values quality literature and a wonderful (relatively unknown) writer. I want to say all this because it’s true,” Waldman said.

“But what’s true most of all is I’m grateful because, quite simply, now I can actually translate the book. Shechtman’s work is extremely challenging to translate. So despite my love for “Rings on the Soul,” I don’t think I’d undertake its translation without some promise of compensation.”

Since 1981, the NEA has awarded 480 fellowships to 425 literary translators, with translations representing a staggering 69 languages and 83 countries. Prominent translators of Jewish languages who have received NEA support include Peter Cole and the late Chana Bloch; both won for their work in the translation of Hebrew literature.

Aviya Kushner is The Forward’s language columnist and the author of “The Grammar of God” (Spiegel & Grau, 2015). Follow her on Twitter @AviyaKushner