Watch A Clip From A New Animated Film On Oliver Sacks 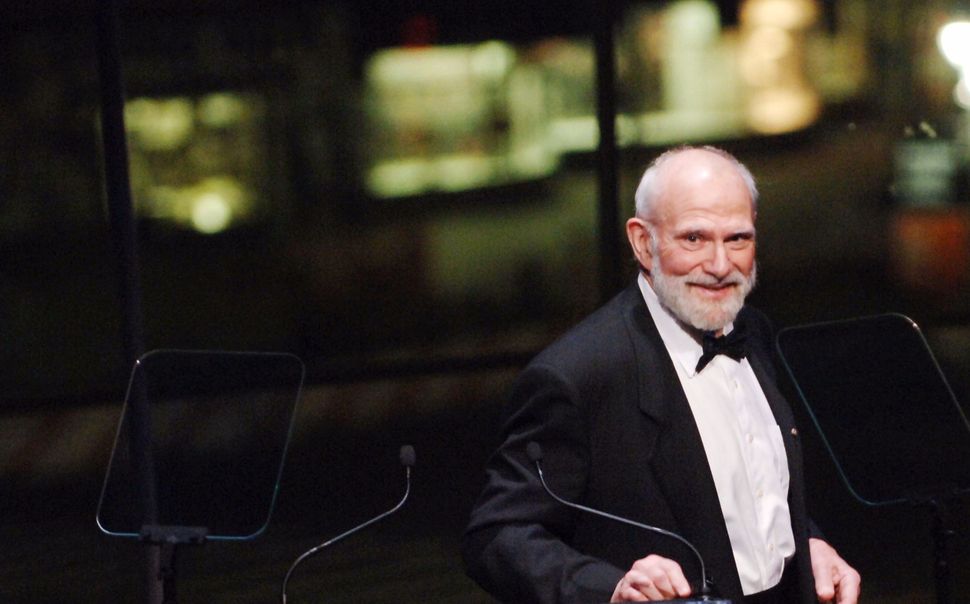 Famed neurologist and author Oliver Sacks is getting the cartoon treatment. On August 28, 2018, Dempsey Rice, the director of “The Animated Mind of Oliver Sacks” posted a short clip of the feature-length film to her YouTube page. Over the course of a decade, Rice, a photographer and documentarian, conducted extensive interviews with Sacks, the audio of which is used in the film’s narration. The movie was successfully funded by a Kickstarter campaign this July.

In the video clip we learn a little about Sacks’s writing process – it’s a surprisingly soggy one. Sacks, shown in a swimming cap and Speedo, does the backstroke in a lake, leaving a trail of words behind him. “As I swam, ideas and paragraphs would develop,” the late Sacks says in narration.

Propping himself up on the dock, Sacks then begins to write a section of his 1998 book “A Leg To Stand On.” We then cut to his editor, James Silberman of Summit Books hanging the dripping pages out to dry on clotheslines in his office. Silberman even wrings one of the pages out.

“He wrote me back saying, did I think this was the 19th century?” Sacks reports. “No one has sent him a [handwritten] manuscript for thirty years. And besides, this one looked like it had been dropped in the bath.”

While the reality of the book’s writing is a little less cartoonish, the clip’s animation (Thought Café is behind the visuals)_with its watercolor quality seems in keeping with the spirit of Sacks’s often-whimsical prose. The eagle-eyed viewer may even catch something of an Easter egg in the clip’s first few seconds: The reflection of a bull in the lake. Rice is no-doubt referencing Sacks’s ill-fated showdown with a bull on a Norwegian mountain.

It’s safe to say we can expect that bull to feature big when the finished film premieres.

Watch A Clip From A New Animated Film On Oliver Sacks