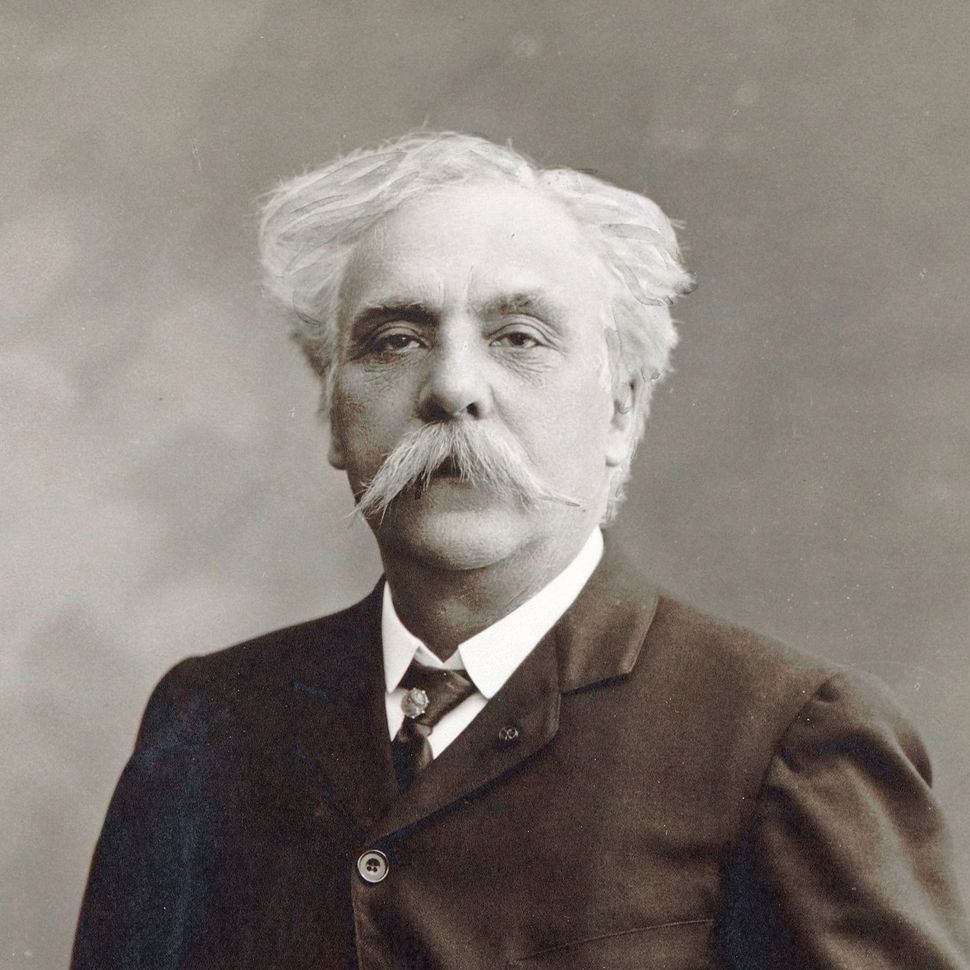 On September 25, friends of the late novelist Philip Roth paid him tribute at the New York Public Library’s Celeste Bartos Forum. Roth had personally planned the ceremony over the past several years. Speakers included the biographer Judith Thurman, novelist Edna O’Brien, and political economist Bernard Avishai, author of “Promiscuous: Portnoy’s Complaint and Our Doomed Pursuit of Happiness.” Even posthumously, Roth proved that his own pursuit of happiness was not doomed, by choosing the event’s final statement, exhibiting the total control that made his books acclaimed works of modern American literature. His parting message was not made with words, but music.

As one of the longstanding, ongoing preparations for his memorial — some scheduled speakers died of old age — Roth sent to the office of Andrew Wylie, his literary agent, a CD of Gabriel Fauré’s “Élégie (Elegy), op. 24. Roth specified that it should be played at the end of the gathering. The performance chosen by Roth reflected his taste and lifelong preoccupations. On the Apex label, it features the French cellist Paul Tortelier (1914–1990). As recorded by Tortelier in 1962, Fauré’s “Élégie” is a tender, noble leave-taking. Intriguingly, although likely not an influence in Roth’s choice, Tortelier was so inspired by the founding of the state of Israel that despite the fact that he was born Catholic, he abandoned an international music career in the mid-1950s to volunteer at Ma’abarot, a kibbutz in Emek Hefer, central Israel.

During army service in the 1950s, Roth had experienced his own bolt of inspiration when he discovered chamber music. It became a lifelong enthusiasm. In May, the Irish novelist Colm Tóibín recalled encountering Roth at New York’s Zankel Hall during a recital of string quartets by Béla Bartók:

“A man directly behind me tapped me on the shoulder rather fiercely before the music started. When I looked behind, I saw Philip Roth, whom I knew from these small chamber concerts as much as from literary events. He grinned at me. He was like a kid on a night out. He whispered: ‘I hope you are going to be quiet.’ I assured him I would be. He grinned again. It was like a conspiracy. He loved chamber music.”

Claudia Roth Pierpont’s “Roth Unbound: A Writer and His Books” suggests that Roth engaged with musical works to better psychoanalyze their composers. He dared diagnose flaws even in J. S. Bach’s Art of Fugue at a Carnegie Hall performance by the Emerson Quartet. After the concert, Roth offered belated coaching to Bach about his “too obsessive compulsive” creation that, Roth felt, continued long after the musical point was made. Roth advised Bach: “‘You’ve figured it out already! You can stop!’ … he’s like a guy constantly checking his pockets, or worrying that he left the pilot light on!” Roth’s reaction to another work at the same concert, Beethoven’s String Quartet in B-flat, Op. 130 also sparked a characterful analysis with novelistic imagery: “The Beethoven is like Bach on drugs! … How crazy all those voices are! Like four lunatics in an asylum! Four madmen screaming away all on their own and then … they turn out to be together!” Roth then informed a fellow concertgoer, a psychiatrist, that outside of a musical context, the quartet players would need injections with sedatives: “Four guys who all think they are God!”

Roth’s exulting in chamber music composers and their works was not a one-sided matter. In 2007, Edward Dusinberre, the British first violinist of the Takács Quartet, presented a performance inspired by what he discerned to be the musical structure of Roth’s novel “Everyman” (2006). “Everyman” begins with the funeral of an unnamed protagonist who suffers medical challenges, some of them comparable to what Roth endured in his later years. Dusinberre devised a program of readings of excerpts from “Everyman” alternating with works for string quartet by Philip Glass and the Estonian composer Arvo Pärt. To round off the program, Schubert’s “Death and the Maiden” Quartet was also played. At the 2007 Carnegie Hall performance, the actor Philip Seymour Hoffman read the texts. At a repeat performance at Princeton University in 2014, Meryl Streep took over the speaker’s role, with the author again in attendance.

A companion to assist in braving health issues, for Roth, chamber music was likewise an instrument of seduction, commanding acquiescence from romantic partners. In “Portnoy’s Complaint,” one recital is so described by the eponymous hero:

“Then one night she invited me to hear the Budapest String Quartet playing Mozart at the Library of Congress; during the final movement of the Clarinet Quintet she took hold of my hand, her cheeks began to shine, and when we got back to her apartment and into bed, Sally said, “Alex…I will.”

“Then Bronfman appears. Bronfman the brontosaur! Mr. Fortissimo!… He is conspicuously massive through the upper torso, a force of nature camouflaged in a sweatshirt, somebody who has strolled into the music shed out of a circus where he is the strongman and who takes on the piano as a ridiculous challenge to the gargantuan strength he revels in. Yefim Bronfman looks less like the person who is going to play the piano than like the guy who should be moving it. I had never before seen anybody go at a piano like this sturdy little barrel of an unshaven Russian Jew.”

In contrast to this musclebound Jewish incarnation of music, Roth favored being cossetted in the concert hall with lower decibel count and more intimate drama. Enter Gabriel Fauré (1845-1924), the French Catholic composer of the gentle embrace of death. Fauré’s Requiem is so dulcet that it omits the Day of Wrath (Dies irae) section found in most Requiem settings. As the musicologist Carlo Caballero has noted, Fauré justified his Requiem, which had been labelled a “lullaby of death”: “But it is thus that I see death: as a happy deliverance, an aspiration towards happiness above, rather than as a painful experience.”

Roth’s persistent interest in Fauré is documented; the composer is name-checked in the novel “I Married a Communist” (1998) and a reminiscence by the novelist Nicole Krauss mentions that in later years, Roth would insist that visitors listen to a recording of a “piano piece by the composer Gabriel Fauré, which you’d do together, for fourteen minutes, each of you watching the changing sky through the enormous windows.”
And so, with one last intimate, consoling Gallic message, Roth bid farewell to his friends and readers.