Anne Frank Was Remarkable. The Graphic Adaptation Of Her Diary Masks Her Brilliance. 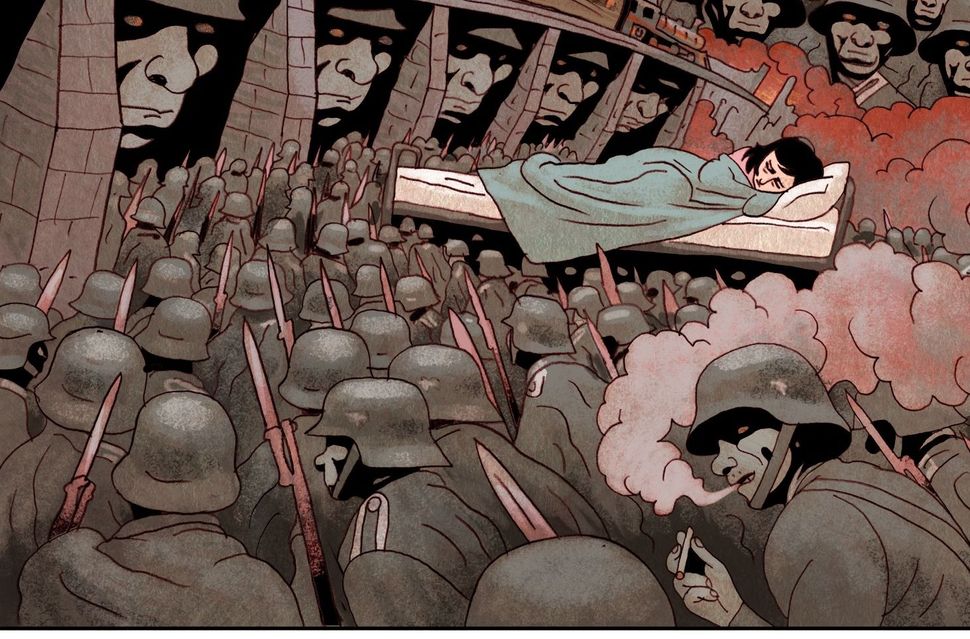 When I think of what Anne Frank looked like, I think of her eyes. In photographs they are deep-set and transparent, thoughtful and often joyful. Looks deceive, but in Frank’s gaze it is possible to locate the determined, searching clarity with which she looked at the world.

In a new graphic version of Frank’s diary — adapted by Ari Folman, writer and director of “Waltz With Bashir,” with illustrations by David Polonsky, lead artist on the same film — this most elusive of Frank’s features is best captured in a picture that imagines her as she never got to be. The illustration comes late in the book. In it, an adult Frank, seated in front of a wall of framed magazines and newspapers (some of which feature her adolescent self on the cover), wears one of the beautiful dresses she movingly wrote of desiring. She is a woman reveling in something Frank herself excelled at finding, even in the most cramped and desperate of circumstances: Choice. 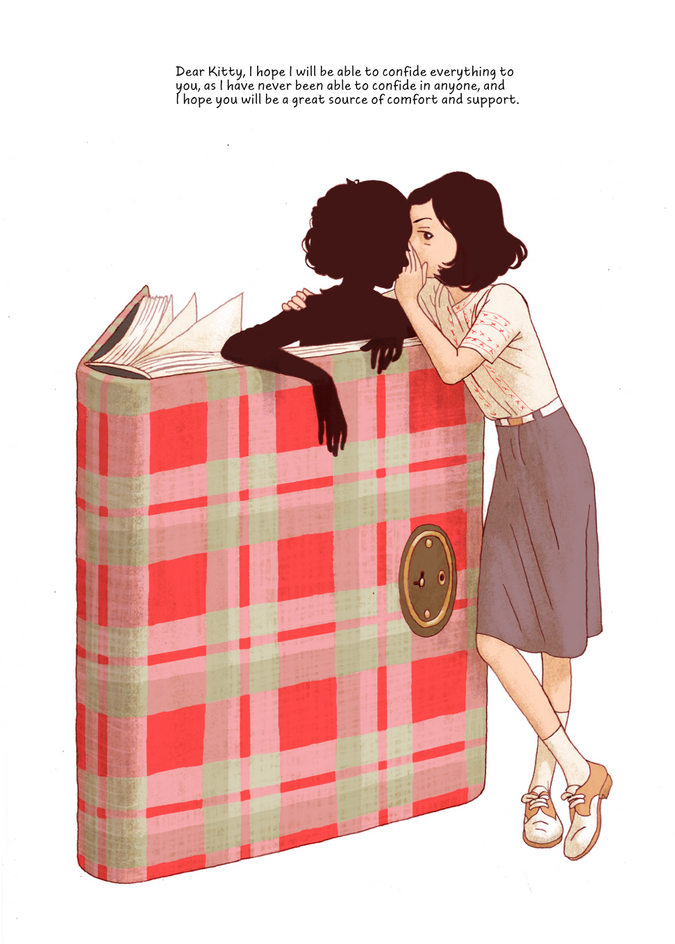 The woman in the image is mature, but her eyes more closely resemble Frank’s as they were in life than those of the teenaged Frank who populates most of the pages of this adaptation, which is written as if Frank had constructed her diary as a graphic memoir. In Polonsky’s illustrations, Frank can look like a less unusual child than she in fact was, coming across as almost spritely, with a look of easy wonder and easy hurt. The appeal of this approach at first appears obvious: Children are visual, and this visual story makes Frank’s tragedy more accessible. Still, one wonders: Is there truly a need for a child’s first encounter with Frank to be with a version of her that is less complicated than she was?

In fact, what this “graphic adaptation” makes unmistakably clear is that Frank, even as she is heralded as a voice for the victims of the Holocaust and the twisty brilliance of young womanhood, is underrated as a voice for children — not only those forced by circumstance to grow up before their time, but also those whose youth is unmarred by trauma. Folman writes that his book could incorporate only about 5% of Frank’s letters to her beloved imaginary correspondent, “Kitty.” Yet, late in Frank’s diary, Folman notes, her “talents as a writer grow ever more impressive.” “It seemed intolerable to forgo these later entries in favor of illustrations,” he writes, “ and so we chose to reproduce long passages in their entirety, unillustrated.”

Those unadulterated passages burst forth from the page. Frank’s last entry, a stunning evocation of what it is to feel that you are more than you can possibly understand, makes the adaptation all the more wrenching, given what the reader knows: That tormented meditation on the puzzle of selfhood would be the last thing Frank ever wrote: “A voice within me is sobbing, ‘You see, that’s what’s become of you. You’re surrounded by negative opinions, dismayed looks, and mocking faces, people who dislike you, and all because you don’t listen to the advice of your better half.”

All children have such moments, the wretched times at which they first recognize their own flaws. Why should they be underestimated, such that we think they are not ready to process Frank’s messy and truthful understanding of youth in full? There is a retroactive hopefulness in nearly every re-crafting of Frank’s story. Adults write these adaptations. They know what Frank knew but refused to succumb to, which is that life works to strip each of us of the qualities that she most prized. Folman highlights Frank’s passionate, almost moral commitment to independence, her anthropologist’s eye, her unique psychological insight and her profound understanding that pessimism devalues life. What he and Polonsky can’t quite capture is the precise luster of those qualities as they were related by someone who had yet to know what it was to lose them.

Can a picture ever encapsulate the strange wonder of the girl in the in-between moment in which, due to her diary, she exists perpetually? Above Polonsky’s elegant illustration of the adult Frank, Folman’s version of Frank’s text makes for a piercing epigraph. “What I’m experiencing here is a good beginning to an interesting life,” Frank writes, “and that’s the reason — the only reason — why I have to laugh at the humorous side of the most dangerous moments.” “Anne Frank’s Diary: The Graphic Adaptation” strives to make Frank feel familiar, and it does, but it can’t live up to the unique genius of its subject. Readers, and especially children, deserve to encounter Frank’s sense of humor and danger, just as she wrote it. Her world is best related as it appeared: Through her eyes.

Anne Frank Was Remarkable. The Graphic Adaptation Of Her Diary Masks Her Brilliance.