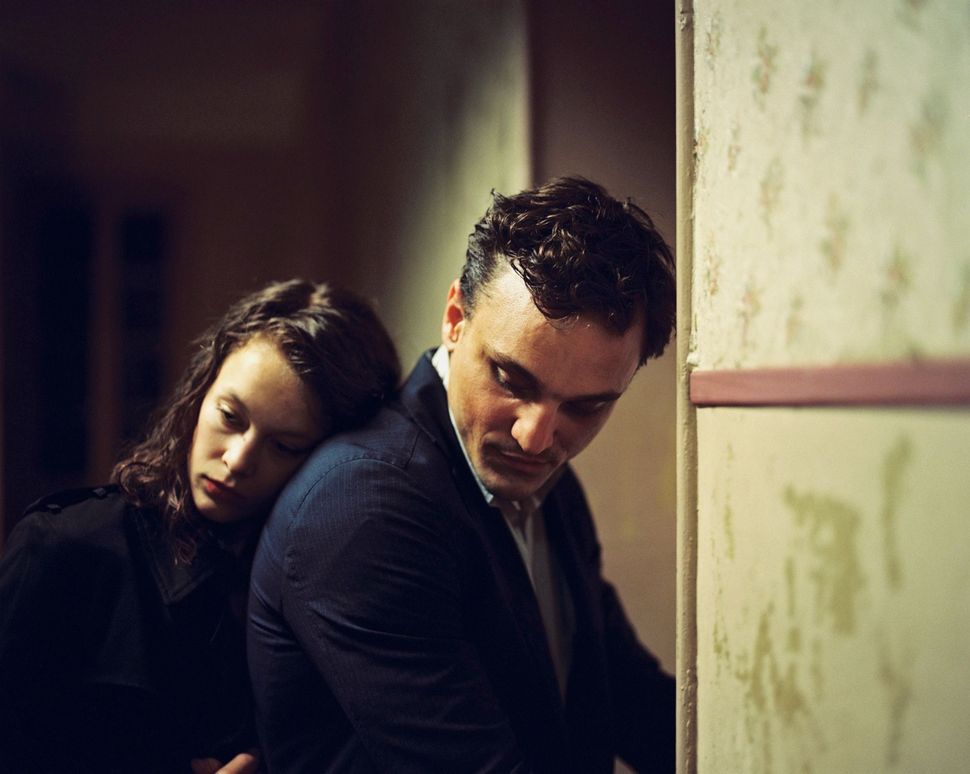 We learn very little about Georg, the hero of Christian Petzold’s new film, “Transit.” In exile from Germany, he arrives in Marseilles with few possessions of his own, very little time, and the documents of a writer whose death in Paris was covered up. It is out of desperation, we can ascertain, that he begins to impersonate the man; but otherwise the circumstances of his past life remain obscure, cordoned off behind borders made deadly. If we can reasonably assume that he’s Jewish, this isn’t so much because of anything that he says or does than it is due to the lack of any other qualities or commitments that might make him a target for the German regime.

“Transit,” which will have its US premiere at the New York Film Festival on October 9, continues director Christian Petzold’s interrogation of his nation’s modern history. Petzold came to prominence as a member of the influential Berlin School, a loose movement of filmmakers associated with the German Academy of Film and Television Berlin, who practiced an unorthodox, self-critical strain of realism – though somewhat amorphous, the imprint of their approach can be found on two recent German films that have made significant impressions stateside: Maren Ade’s “Toni Erdmann” (2016) and Valeska Grisebach’s “Western” (2017). The director’s experiments in realism coincide with a keen interest in classical forms of movie storytelling, notably those of classic Hollywood genre films. His 2008 film “Jerichow” transposed James M. Cain’s classic pulp novel “The Postman Always Rings Twice,” a key influence on countless noirs, to contemporary Germany. His previous outing, “Phoenix” (2014), treated a Holocaust survivor’s sense of trauma and betrayal through a false identity narrative reminiscent of Hitchcock’s “Vertigo.”

Petzold’s new film is an adaptation of Anna Seghers’ 1944 novel “Transit.” German Jewish by birth and a committed leftist, Seghers herself completed the same winding journey that Georg attempts, reaching France through Switzerland after being briefly arrested by the Nazi, and ultimately escaping to Mexico through Marseilles. The habits and quirks of exiles were certainly something with which she had considerable firsthand experience, as was the supreme importance of the titular transit papers, which for the characters represent the difference between life and death.

But “Transit” does not exactly take place in the Marseilles that Seghers knew. In what is surely the film’s defining formal gambit, Petzold shoots the story on location in the modern day city, taking no measures to cover up what’s obviously anachronistic in the surroundings. At the same time, this is not an update of the story: Georg and his fellow exiles wear period attire and behave accordingly, these Jews and German dissidents just happen to share a space with migrants from Africa and the Middle East. You can’t ever quite say what year “Transit” takes place in, but at the same time, there’s never any question that the army making its way southward throughout the country is indeed the German force that occupied France in 1940.

Petzold’s resolutely unconventional decision all but demands the viewer to ask why. It’s something unusual but not unwelcome: a brute force metaphor that over the course of the film produces resonances rather more subtle and delicate. The film’s most overt social commentary is hard to miss: 1940s Jews are rounded up alongside brown-skinned refugees, the latter-day French police essentially doing the bidding of yesteryear’s Nazis (their anonymous, militaristic uniforms – very much a fixture of the 21st century – bring to mind both meanings of the term “storm trooper”: the Nazi party’s paramilitary force and the disposable henchmen from “Star Wars”).

But as this transposition is extended, Petzold allows his viewers to take meaning where they find it, whether in a café’s contemporary patrons gawking at a couple of anachronistic lovebirds, or the curious sight of the city’s modern citizenry, in all likelihood indistinguishable from the film’s audience, going about their daily business oblivious to the encroaching invasion of fascists. Petzold’s conceit works to invert the conventional purpose of realist aesthetics. Stylistic elements such as location shooting and relatively naturalistic performances, usually taken to signify authenticity and verisimilitude, instead have a sort of Brechtian effect, spotlighting how unnatural it all can be.

All of this has the effect of adding a poetic, even metaphysical layer to the idea of exile, conveying characters unstuck in time as well as space. Played by German actor Frank Rogowski, who has an unmistakable likeness to Joaquin Phoenix albeit with some of the nasal, fey quality of Peter Lorre, Georg is driven alternately by animal desperation and cerebral indecision. He’s a man quick to form attachments. Early in the film, he strikes up a friendship with the Afro-German young son of a fallen comrade. Later, he’s equally ready to fall into a romance with the wife of the author he’s impersonating, a vampish dark-haired beauty who keeps crossing Georg’s paths and who’s dangerously oblivious to her husband’s fate. There’s a murky opacity to our hero’s motivations, which expand from mere survival into more uncertain directions.

The film’s tone likewise has feels out of time, flavored by a kind of hard-boiled existentialism that thrived in high and low culture alike in the war’s immediate aftermath. Much as “Phoenix” overcame its fundamental narrative implausibility through airtight plotting, “Transit” is schematic by design. It’s rigorous doublings and repetitions give the story an overarching sense of determinism, a very German strain of fatalism almost algebraic in the rigor of its construction. Fritz Lang would be pleased.

Petzold’s historical noir, however, takes place not in geometric shadow but in the famous sunlight of France’s oldest city. In that way “Transit” has something that other period pieces, in their quest for verisimilitude almost always lack, the specificity and history that comes from purposefully documenting a real place. Marseilles plays a role in the film, not as a character as the cliché would have it, but as a motivating force in its construction and a key component of its idiosyncratic sort of openness. “Ports are places where stories are told,” a character says tellingly. “That’s what they’re for.”