On The Books: 5 Questions For Stephen Shepard, Author Of ‘A Literary Journey To Jewish Identity’ 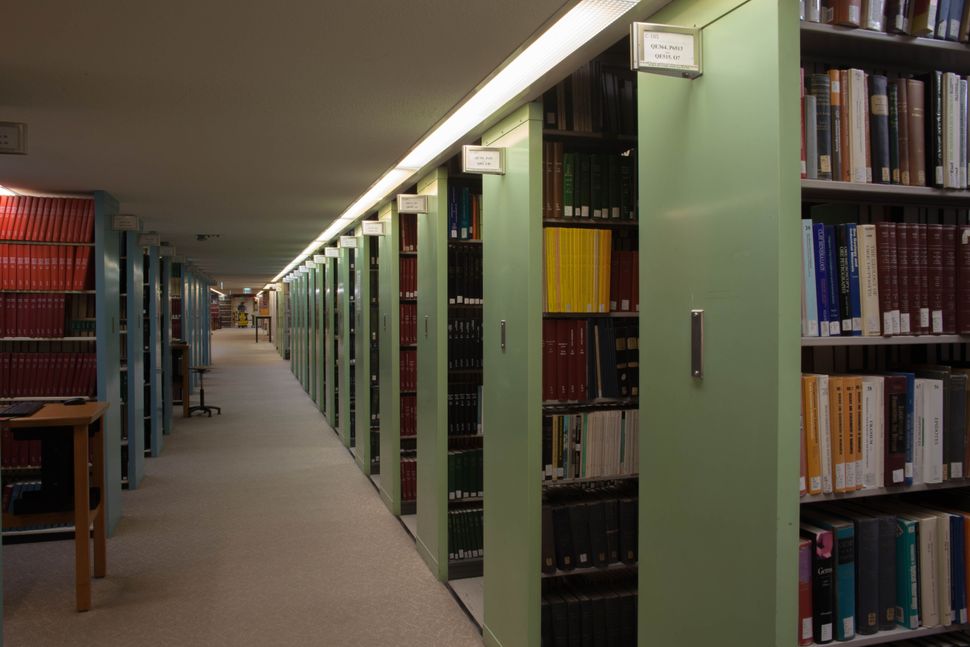 Following a long career as a writer and editor with Newsweek and Businessweek and a storied tenure as the Founding Dean of the Graduate School of Journalism at the City University of New York, Stephen Shepard has been spending his retirement revisiting the books of his youth. The result of these re-readings is a book of his own: “A Literary Journey to Jewish Identity.” Through a tour of his father’s old office in Gansevoort Street, an adventure to find his mother’s past in the Ukraine and an almost Talmudic exegesis of texts by Saul Bellow, Philip Roth, Arthur Miller and even John Updike, Shepard’s book gives a holistic view of his Jewish identity — one in which many readers may see themselves. The Forward spoke with Shepard about how the book came together, his voyage to self-discovery and his thoughts about today’s literary landscape. 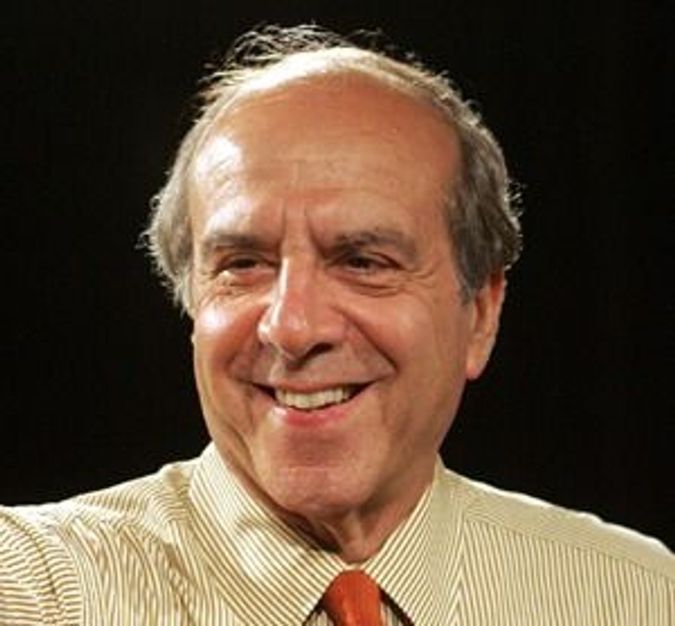 PJ Grisar: You mention in the book that in your retirement you were interested in reexamining Jewish American literature. Did you always know the outcome would be a book?

Stephen Shepard: It was really about the books. Plural. They were in my mind for many many years. I kept wondering why I cared so much about these writers. Was there such a thing as a “Jewish-American Novel?” What did it mean to be a Jewish writer? So I decided to go back and reread many of the books that I read when I was in college and the years after that, which was really a Golden Age for American-Jewish writers with Saul Bellow, Bernard Malamud and Philip Roth, Cynthia Ozick and so on. So that was the goal, to see how I would feel about these books, also to see whether there was any link between the books and my sense of Jewish identity.

Had you been planning to write a memoir or was it intended to be more of a survey or literary analysis?

I thought that it was going to be a blend of personal memoir and literary analysis and linking the two together: What effect did the books have on me? I didn’t expect the meditation on Jewishness to be so detailed. But when I got into it that’s what came out. One of the feelings I came away with was that being a secular Jew was a very legitimate way of being Jewish. The study made me realize that the great majority of American Jews are the way I am, which is to say secular and mildly observant, I identify as Jewish for sure but I identify less with the religious ritual and more with the feelings of the culture, the history, the heritage, Holocaust remembrance — essentially Jews as a people.

And of course a large part of being a secular Jew is the culture. The great tradition of literature that we have.

That’s right. A friend of mine said “literature is our liturgy.” It’s the way we identify rather than through religion and that struck me as being very true in my case.

You take on the main godheads here (the troika of Roth, Bellow and Malamud) and even the less obvious addition of John Updike and his “Bech” books. How did you go about deciding who made it in?

Of course I had the big three: Bellow, Malamud and Roth. And also Isaac Bashevis Singer who I knew very little about honestly, and I ended up auditing this course a couple of years ago at City College in the Jewish Studies Department. But he was somebody I wanted to include, partly because he had won the Nobel Prize for Literature. And Cynthia Ozick is in the book, partly because she had so much to say about being Jewish and what it meant. What I realize about Ozick is she is a better essayist and critic than she is a novelist. She was a little bit unexpected as a choice. I could have done the “Non-Jewish Jews” as they call them: The people who were Jewish but didn’t write about Jews and who weren’t particularly Jewish in their writing, which is to say J.D, Salinger and Norman Mailer. I chose not to precisely because they weren’t very Jewish in their writing. And Updike, that was the wild card. I was a big Updike fan so I just started going back to reread them and wrote about the so called “Jewish Updike.” There are others I could have included, I didn’t include Bruce Jay Friedman. Doctorow would have been an interesting choice because “The Book of Daniel” was really about the Rosenberg Trial. I wanted to do the ones that I felt much more of a personal connection to.

You voice some thoughts in the book that could be controversial. Particularly your anxiety over the demographic changes of Jews, with the growing clout of the Ultra-Orthodox in the city. Were you scared to put that out there?

In terms of my upbringing I had to put myself out there to explain my transition from somebody who was raised in an Orthodox, kosher home as a boy and had a Bar Mitzvah and so on and about the time I was in college sort of moving away from it and ending up as a secular Jew and getting back to Judaism mostly because of my wife. I did feel a little bit vulnerable in talking about my transition. It’s what it was. I’m not particularly proud of it necessarily; it’s just what I felt. The stuff about the Orthodox Jews was mostly through the literature. Philip Roth’s story “Eli, the Fanatic” got me thinking about my own feelings about the Ultra-Orthodox Jews and their increasing number in the New York area. They’re politically conservative, they’re the only Jewish group that voted for Donald Trump and so on. They’re anti-feminist, they’re a lot of things I don’t like, so I felt I had to write about it. I didn’t want them to be the face of Jewry in New York. The whole idea of a Jewish New Yorker was always an assimilated, liberal, relatively affluent, highly educated person and that is changing. I had to confront my feelings about that.

Who do you think are the great Jewish writers working now who will earn their place in the canon? Englander, Safran Foer, Chabon? I know you mention in your epilogue that you’re not as crazy about their work as the writers you came up reading, but who do you think will endure?

I think Nicole Krauss is very, very good. I think Michael Chabon. Allegra Goodman. But there are two points about this group of modern Jewish writers. First of all: We don’t think of them as Jewish writers the way we thought about Bellow, Malamud and Roth as Jewish writers because it was a different world then. They were the breakthrough Jewish writers whereas these contemporary writers are writing in a world where Jews are much more accepted in the United States than they were when Bellow first started in the ‘40s. The second point is a more personal point. They are very, very good writers, I enjoy their books it’s just they don’t have the same impact on me because I’m a different person now than I was when I was 20 years old. The Jewish writers back then meant something to me even if it was a function of time and place. I wasn’t grappling now with the same issues that I was then about my Jewish identity and what it meant to be a Jew in post-war America. That was the context they were writing in. There’s a lot of Holocaust remembrance in these books, particularly in Philip Roth and Cynthia Ozick. But it overlays all of them really because they were writing in the immediate aftermath.

Roth and Ozick both sort of wrote about everything that we were feeling as American Jews: Why them and not me? Why did this disaster happen in Europe while American Jews were basically safe and relatively prosperous? There’s a guilt that comes with that obviously, but you have to think about it. I think that’s a very important theme for Jews of that era, including me, that is not as present in contemporary America among Jews. It’s not that they don’t remember the Holocaust — of course they do — but it just didn’t have the same impact that it had on some of us who actually were living then. I can remember seeing the pictures of the liberated concentration camps as a little boy and that doesn’t go away.

On The Books: 5 Questions For Stephen Shepard, Author Of ‘A Literary Journey To Jewish Identity’