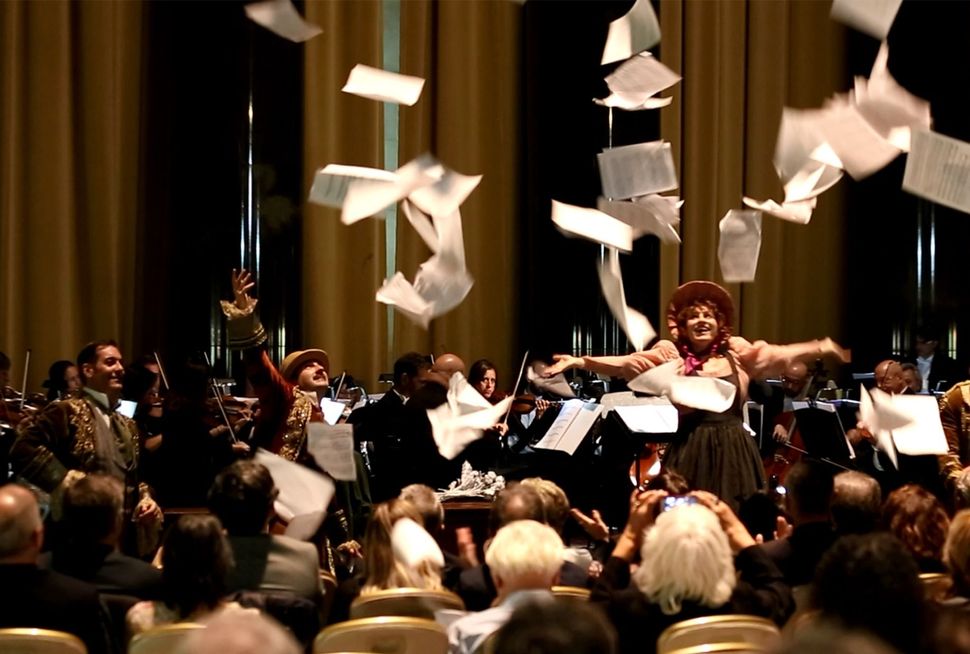 A scene from “L’Ape Musicale” at Columbia University. Image by Priamo Tolu

The librettist Lorenzo da Ponte — an exiled Jewish-born Venetian who turned to the arts after proving too irreverent for the Church — had a lot in common with Wolfgang Amadeus Mozart.

The two shared an artistic vision, together crafting some of the most noteworthy operas of the 18th century: “Don Giovanni,” “Le Nozze di Figaro” and “Cosí fan Tutte.” Both were genius artists who, to put it generously, did not have a corresponding genius for business. Both had more than a taste for hedonism; da Ponte’s Venetian exile stemmed from the allegation that, despite his priestly duties, he had been both living in a brothel and helping devise its business plan. And the exact burial place of both men has been lost. Herein, however, lies the difference between them: While Mozart’s pauper’s grave is in or near Vienna, da Ponte’s remains are probably somewhere in the Calvary Cemetery in Queens. 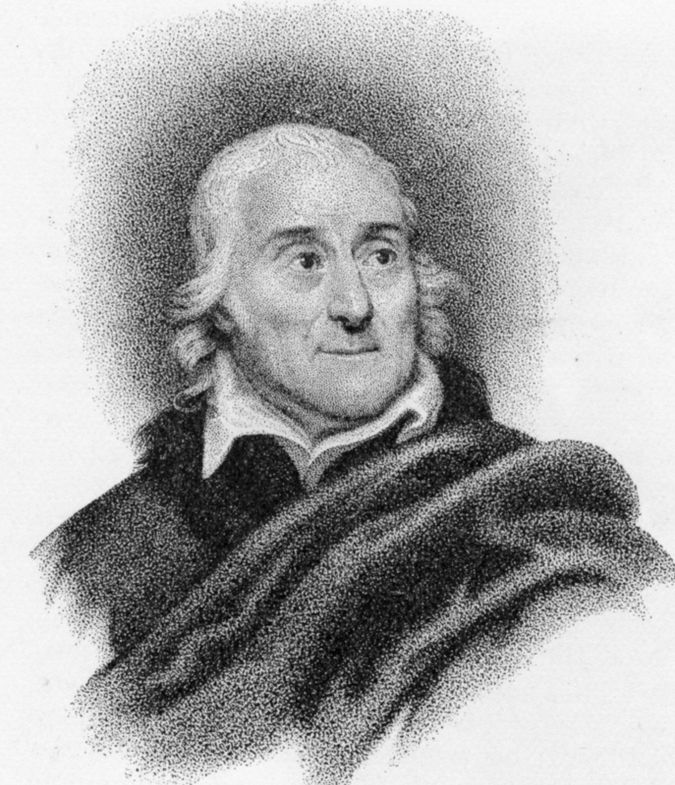 Yes, really: Queens. Surprising to think you could round off a rousing afternoon at Woodside’s Indoor Extreme Sports Paintball & Laser Tag by visiting the bones of one of opera’s great librettists; as New Yorkers often note, the city is truly full of surprises. Yet Queens, if you think about it, does seem like an appropriate place for a Jew turned Roman Catholic priest-playboy turned itinerant businessman turned accidental cultural pioneer to be buried. At a time when New York City barely extended past 14th Street, Lorenzo da Ponte was a one-man melting pot.

Yet da Ponte’s most essentially American quality was the imaginativeness with which he picked himself up when facing failure. For example: 56 years old when he immigrated to New York, da Ponte was both impoverished and nostalgic for his native Italian culture. So he sold a trove of Italian books to bookstores and universities, a gambit that paid off twice, as it helped create a new appetite for the Italian language amongst the 19th-century Big Apple elite. To whom could they turn for an Italian tutor? Why, ciao, Lorenzo.

A similarly slapdash plan gave rise to the last libretto da Ponte ever wrote, that for a pastiche titled “L’Ape Musicale,” or “The Musical Bee.” This time it was da Ponte’s niece Giulia, not da Ponte himself, who had gotten into a scrape. A singer, Giulia da Ponte came to the United States from Italy to embark on a concert tour with her uncle only to find the American public largely unfamiliar with the operatic canon, and thus largely unmoved by her repertoire. Da Ponte senior returned to an idea he had pioneered in 1789, and reworked the hits Giulia had chosen — mostly the work of Mozart and Gioachino Rossini — to form a narrative.

The result debuted in New York City in 1830. For the first time in 188 years, it’s now returned. And with it has come the opportunity to assess the legacy of a man whose personal outrageousness was matched, despite his many professional failures, by the scope of his accomplishments. (For evidence of said failures, one need look no further than the nearly two centuries between the premiere of “L’Ape Musicale” and its return. I asked Giuseppe Gerbino, vice chair of Columbia University’s music department and one of the organizers of the opera’s two performances this week, why the opera had failed to make an impact in America. “Maybe it was a little bit da Ponte’s bad luck,” he chuckled.)

Da Ponte was born to a Jewish family in the Republic of Venice in 1749. Originally named Emanuele Conegliano, at age 15 he converted to Catholicism alongside his father and two brothers. Over the next 15 years, da Ponte became a professor of literature and an ordained priest; to the presumable distress of the Church he represented, he also fathered two children. His various interactions with the fairer sex — see above, regarding the brothel — did not go unnoticed, and in 1779, they prompted a trial that resulted in his expulsion from the Republic.

A historian may find a certain tragic humor in the fact that the duration of da Ponte’s expulsion was set to be 15 years: 15 years a Jew, 15 years a priest, 15 years an exile. Da Ponte, likely unamused by the joke, set forth for a series of courts across Europe, where he hoped to pursue work as a writer. Upon arriving in Vienna, he first worked as a librettist for Antonio Salieri, the Viennese courtly composer brought back to vengeful life in 1981 by Peter Shaffer’s play “Amadeus,” then moved on to Mozart. In 1790, da Ponte’s Viennese luck ran out when his patron, Emperor Joseph II, died, and he resumed his slow trot across Europe, eventually ending up in London, as well as in debt.

Hence: The United States in 1805, the scheme with the books, appointment as Columbia University’s first professor of Italian, and so on. November, 1825 brought the premiere of the first opera sung fully in Italian in the U.S., Rossini’s “Il Barbiere di Siviglia” (“The Barber of Seville”), the prequel to Mozart and da Ponte’s “Le Nozze di Figaro.” Its production was masterminded by Dominick Lynch, to whom da Ponte himself had likely taught Italian. Giulia da Ponte’s American tour was a direct result of the massive success of “Barber of Seville,” and the particular success of its female star, Maria Garcia, who became a darling of the American cultural elite. Upon her return to Europe, there was a market for a replacement; Giulia da Ponte was one of those who thought to see if she could conquer it.

All of this is to say that while “L’Ape Musicale” may not rank among the elder da Ponte’s most significant operatic achievements, its mere existence is proof of his lasting impact on American culture. In a way, da Ponte — 81 at the time of the opera’s debut — crafted the pastiche as a reflection on the often ill-fated work he had put into that enterprise. “It is a comedy with a significant amount of self-irony,” Gerbino said. “It’s about the business of opera at that time, and it’s about the making of the very opera the audience is actually attending.

The revival is “not an archaeological re-exhumation,” said Francesco Zimei, the musicologist who prepared the version of “L’Ape Musicale” that audiences will see in New York. While da Ponte may not be widely known, he noted, in the cultural sphere “everyone recognizes his role in developing Italian culture in the world, starting precisely from here.”

Da Ponte had a sense, however subtle, that what he had done in the United States was seminal. As Gerbino noted, he dedicated “L’Ape Musicale” — a work born on the road, after a life on the road — to “the citizens of New York.” At long last and great cost, da Ponte had found a home.