Switzerland’s Oldest Shtetls Are Working To Keep The Culture Alive 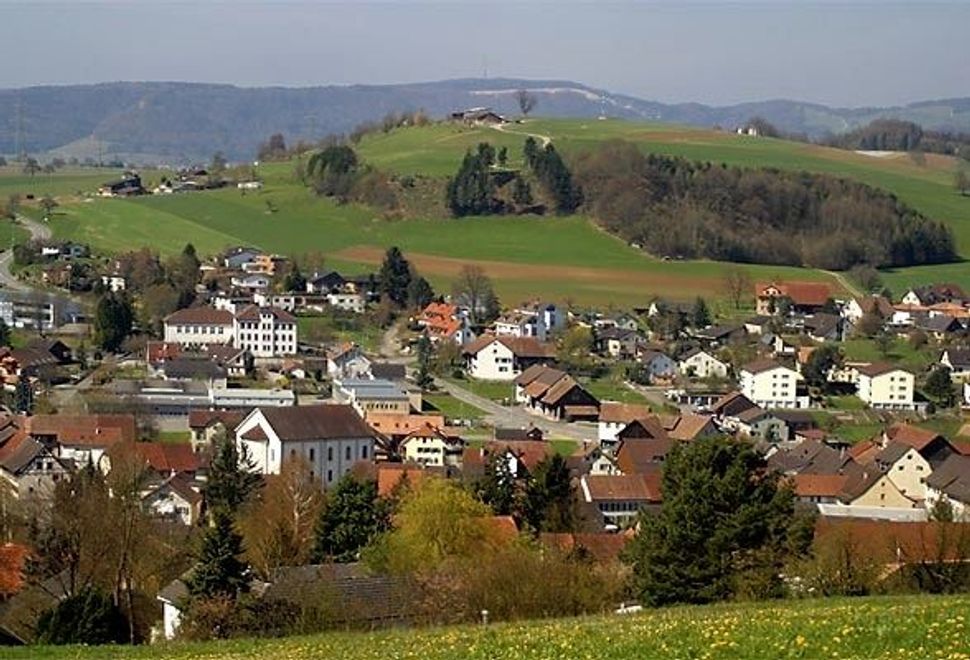 18 Miles northwest of Zurich are two shtetls whose homes, synagogues and cemetery survived World War II. And yet, they’re Jewish ghost towns. Only a vanishingly small number of the villages’ once thriving Jewish population remain in the area and the culture they supported is on life support. But a few Jews are hoping to change that.

Haaretz reports that in the Swiss towns of Endingen and Lengnau, whose populations number around 20 Jews altogether, major efforts are underway to restore the localities’ 300-year-old Jewish character.

Since 2009, with the financial support of the Swiss government, the small villages, located in the canton of Aargau, have maintained a Jewish Cultural Path, offering guided tours to visitors. The community also hosts Jewish holidays, inviting Jews from all over the region to sit in a sukkah or have a seder. But maybe the most exciting project in the works is a 20 million franc outreach effort called “Double Doors” which will make Aargau a hub of Jewish education complete with a visitor center, presentations on Jewish history and more guided tours.

The project’s name refers to one of the towns’ most interesting features. Many of the buildings in Endingen and Lengnau have two entrances, the result of restrictions that governed the towns’ Jews beginning in the early 17th century. In the 16th century a few Jewish families settled in the area because it was under the jurisdiction of the Habsburgs and not an official part of Switzerland, where Jews were banned. When more Jews settled in Aargau in the 1600s, authorities allowed them to stay there, but they were not allowed to own property, even within the de facto protectorate. As a workaround, many Jews financed the building of homes, sold the deeds to Christians and lived there as tenants to gentile landlords. The rub: Jews and Christians couldn’t live in the same house. The solution: One entryway for Jews, another for Christians.

The history of the canton is rich with these little loopholes. Haaretz reports that Jews were afforded rights of citizenship and were only allowed to stay on because of the tax dollars they gave the government for, essentially, existing as members of society. Barred from many occupations they worked as peddlers and cattle sellers – taxed vocations that filled the coffers of the Swiss Federation. In an effort to curb the Jewish population of Aargau (half the population of Endingen and a third of Lengnau at its peak in 1850) marriage licenses were also taxed and often denied. Simon Guggenheim, the father of mining magnate Meyer Guggenheim and a resident of Lengnau, was denied a license for a second marriage and moved to the United States. Such exoduses, both abroad and to more metropolitan areas of Switzerland, became a hallmark of the shtetls’ modern history, especially after Switzerland’s 1874 Constitution gave Jews full rights.

Unsurprisingly the towns were subject to a pogrom following Napoleon’s invasion in 1798. The Swiss were outraged by the French effort to emancipate their Jews and responded by ransacking Jewish homes and brutalizing the Jewish population in 1802.

“There were perhaps 2,000 Jews in the country at the time, and yet this attempted emancipation aroused such great passion and controversy that it helped start a nationwide revolt,” Simon Erlanger, a Jewish history lecturer at the University of Lucerne told Haaretz.

But even with the many regulations and persecutions encountered by the Jews, they were able to build a life. Haaretz reports the villages have two standing synagogues dating from the 19th century as well as mikvehs.

While Jews originally had to bury their dead in a marshland beyond the Swiss border, when the cemetery flooded in 1750 they were allowed a plot of land between Legnau and Endingen. This plot is still intact with around 2,700 graves; it is the oldest Jewish cemetery in Switzerland. The Jewish Cultural Path takes visitors, many of whom are non-Jews, through the cemetery and synagogues, now preserved by the Swiss government (the shul in Endingen still holds irregular services). But perhaps the most curious revival by the handful of Jews still living in the twin shtetls is that of cattle trading.

Haaretz reports that Jules Bloch, a 71-year-old retired banker in Endingen has started selling off heifers to honor his forebears in the town. Despite the tribute, Bloch wasn’t optimistic about the future of the Jewish residents of Legnau and Endingen, many of whom are getting on in years and living in a retirement home endowed by the Guggenheims.

“It would be nice to have a small community with a few families to keep alive our traditions,” Bloch told Haaretz. “But I fear that in a few years there will be no Jews left here.”

The forthcoming Double Doors project may educate the Swiss public about Jewish history, but whether it will court more of Switzerland’s 18,000 Jews back to the land of their ancestors remains to be seen.

Switzerland’s Oldest Shtetls Are Working To Keep The Culture Alive