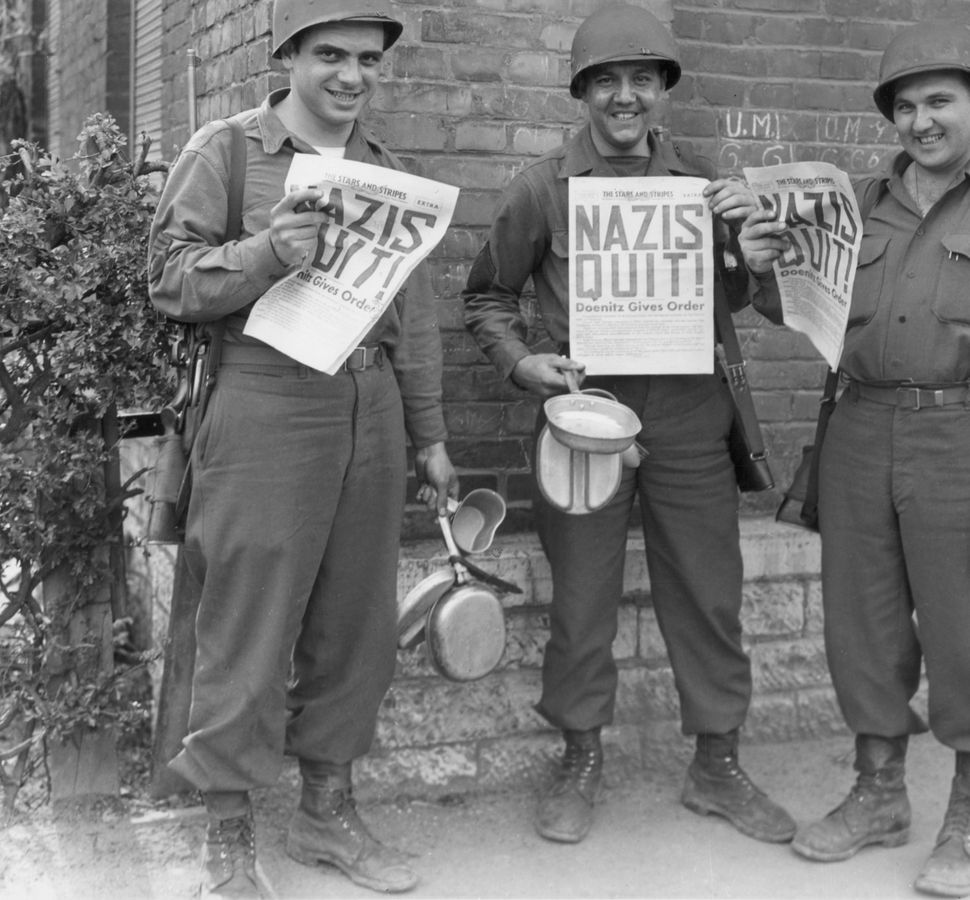 Could Fake News ever be a good thing? While there are fair objections to the state of partisan journalism today, and some lament the warmongering yellow journalism of the past, a new book suggests that a misinformation campaign launched by the Jewish Telegraphic Agency was a pivotal part of British Intelligence’s plan to thwart the Nazi war machine.

The Overseas News Agency was founded in 1940 as part of JTA. Whil ONA was designed as a straightforward news outlet, within its first year of existence the British Foreign Intelligence Agency commissioned it to produce fabricated stories. As Religion News Service reports, the goal of the assignment was to manipulate American sentiments by painting Britain as strong in the war effort and smearing Adolf Hitler and the Nazis as unhinged. Stories under the ONA masthead were designed to push the then-neutral United States to join World War II.

Here’s the crazy thing: It kind of worked. Even papers like The New York Times and Washington Post ran stories based on ONA “reporting.” While these austere publications didn’t disseminate ONA’s account of Australian sharks planted in the English Channel to deter a sea invasion from Berlin, they gamely spread the ONA report that the English had devised an explosive 47 times as powerful as TNT.

As RNS reports, Steven T. Usdin, author of “Bureau of Spies: The Secret Connections Between Espionage and Journalism in Washington,” discovered the international plot to mislead Americans while researching a book on Washington, D.C. spy sites. It was on a visit to the National Press Club, where ONA had its offices, that Usdin discovered the outlet’s history of producing fake news.

“There are times where people say that it’s appropriate or OK to compromise with some kind of ethical principle because there’s an existential threat, but it’s usually not true,” Usdin told Religion News Service. “Here, it really was. I would have done it, and I would have been proud of it.”

Using the Freedom of Information Act, Usdin obtained declassified documents that suggested that Britain’s MI6 essentially had editorial oversight of the ONA.

“They just threw a lot of mud, and whatever stuck on the wall, they were happy with,” Usdin said of the ONA’s writings. “I think they also thought Americans were particularly gullible.”

“It’s important to remember that in the face of grave danger in the 1930s and 1940, JTA’s reporters in Europe were exposing the unfolding Holocaust in real time while elevating journalism to a holy calling with their bravery and determination,” Ami Eden, the CEO of Seven Faces Media, which includes JTA among its publications, wrote in a statement to the Forward.

According to Usdin, JTA’s Austrian-born founder, Jacob Landau, struck a deal with British Intelligence by which the publication provided press credentials to British spies and promulgated made-up stories in exchange for funding. Landau unsuccessfully tried to broker a similar deal with J. Edgar Hoover’s FBI in 1942. (Landau’s negotiations with the FBI appear to have fallen through in part because of Landau’s thick Austrian accent, cited by Bureau director Percy E. Foxworth in a memo to Hoover as making it “difficult to understand his exact proposition.”)

Two years after Landau approached the FBI, he, JTA and ONA were put under investigation by that same agency for failing to register as foreign agents. RNS reports that the investigation may have been influenced by residual ill will between Hoover’s outfit and British Security Services, which worked closely with the FBI’s rival, the Office of Strategic Services, the agency that would become the CIA. While ONA ended up outside the good graces of the FBI, RNS reports that the outlet may have worked with the precursor to the Soviet KGB in some capacity. Exact details of that possible partnership remain slippery.

“Our institutional knowledge about the specifics of these events are limited, since they took place more than 75 years ago, before most of the members of our staff and board of directors were even born,” Eden wrote. “But this much we can say: Jacob Landau and others involved in the Overseas News Agency were seeing things in Europe at the time that made them desperate to galvanize a world that seemed indifferent. They may have made choices we wouldn’t make today in our current situation, but they made them in the context of dire predictions that turned out to be all too true.”

Usdin says he’s received criticism for his decision to publish an account of an arguably heroic instance of fake news in today’s climate. But these critiques haven’t stopped him. “It’s tremendously irritating to me that an area of inquiry should be off-limits, because people can misinterpret it,” Usdin told RNS. “That’s not history. That’s something else.”