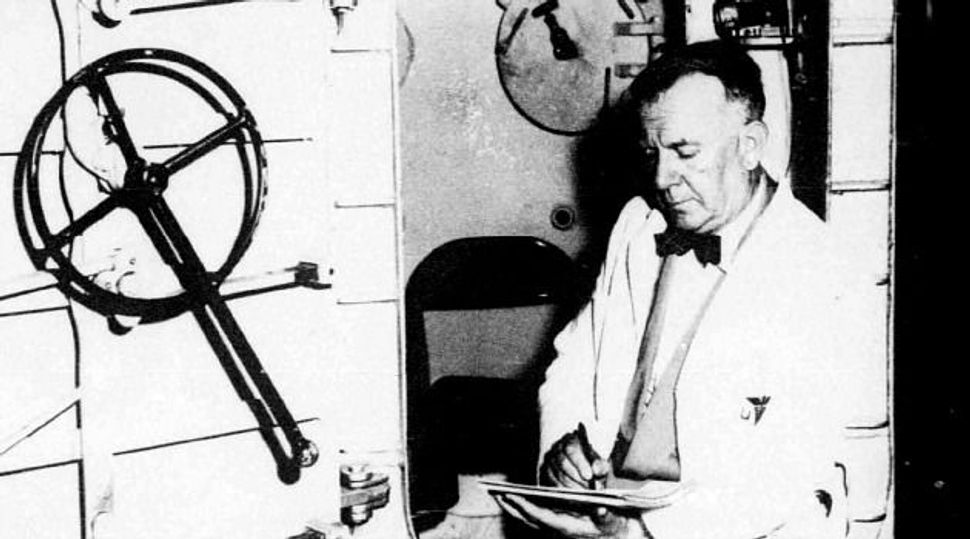 Wolf in Sheep’s Clothes: Hubertus Strughold worked for Hitler’s Luftwaffe throughout World War II — and was later recrutited by the U.S. Image by u.s. air force

Six decades after the government of the United States recruited 1,000 former Nazis as spies, someone in the government still seems to want to hold on to the program’s secrets.

When New York Times reporter Eric Lichtblau was digging through once-secret archives for his new book on the American government’s dealings with ex-Nazis, he found something odd: CIA files that had been declassified only years before had gone missing again. 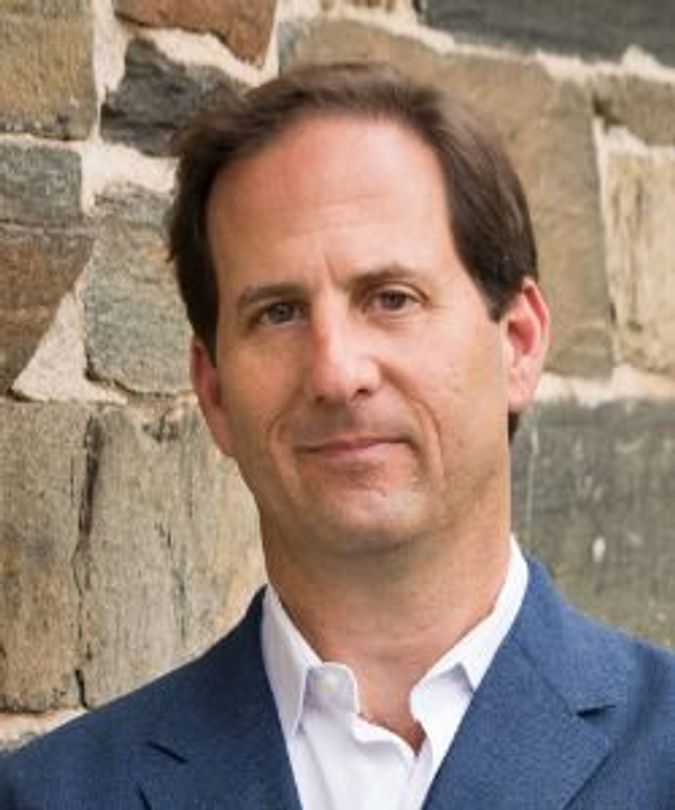 “You would routinely come across pages that had been pulled because they had been reclassified, usually by the CIA,” Lichtblau told the Forward.

Lichtblau’s book, titled “The Nazis Next Door: How America Became a Safe Haven for Hitler’s Men,” is drawing new attention to this history that some in the government have done their best to cover up.

After World War II, a number of U.S. government agencies, including the FBI and the CIA, recruited former Nazis to spy on the Russians. In some instances, those agencies later interfered with efforts to prosecute those Nazis.

Today, the program is recalled as an embarrassment — not only because of the unsavory nature of the relationships, but also because many of the Nazis turned out to be particularly bad spies.

“If you’re going to make this Faustian bargain to win the Cold War, you should at least be using good spies,” Lichtblau said. “The idea that you’re going to put national security into the hands of a thousand Nazis is suicide.”

The CIA declined to comment on why files relating to its dealings with Nazis may have been reclassified, or on why the agency took years to cooperate with a declassification effort in the late 1990s and early 2000s.

The debate over what constitutes protection of national security secrets, versus covering up the agency’s disgraces, continues today. In late October, 12 Nobel Peace Prize winners petitioned President Obama to release the Senate’s long stalled report on the CIA’s use of torture after 9/11, which the agency has been fighting, claiming unresolved national security issues.

Some corners of the federal government have spent significant resources since WWII rooting out Nazis who took refuge here. The Department of Justice’s Office of Special Investigations, in particular, brought proceedings over 100 former Nazi officers before it was reorganized into the DOJ’s Human Rights and Special Prosecutions Section, where it continues its work.

Others in the federal apparatus, however, have worked at cross purposes, as Lichtblau’s book and other recent research shows.

In an excerpt from his book published October 26 in The New York Times, Lichtblau revealed a previously undisclosed 1995 memo the CIA sent to the House Intelligence Committee in which the agency claimed that it had not known that one of its spies, Aleksandras Lileikis, was involved in the massacre of Jews while heading a secret police unit in Lithuania in the 1940s. Documents later released by the agency showed that it actually had known of Lileikis’s wartime activities.

Much of the history of U.S. intelligence and law enforcement cooperation with former Nazi war criminals was suppressed until 1998, when an act of Congress launched a massive declassification effort targeting secret documents on Nazi war crimes. The panel created to lead the effort, called the Nazi War Crimes and Japanese Imperial Government Records Interagency Working Group, faced unusual resistance from the CIA.

“The first go-around on this, the CIA was — you could make the case — was actively obstructing them,” Lichtblau told the Forward.

Richard Ben-Veniste, a Working Group member who had been a Watergate special prosecutor, told the Forward that the CIA initially did not cooperate at all.

Ben-Veniste recalled a tense 2005 meeting between the CIA’s lawyer, Working Group members and two members of Congress, U.S. Rep. Carolyn Maloney and Senator Mike DeWine, who had been the prime proponents of the legislation. According to Ben-Veniste, the CIA had until that point been refusing to release records on former SS members who the Working Group could not prove were specifically implicated in war crimes.

“Basically, CIA took the position that, in defining what constituted involvement in a war crime, it would be necessary to demonstrate that a particular individual had actually participated in war crimes, and that documented membership in the SS was not sufficient,” Ben-Veniste said. “The CIA tried to put this hurdle in front of us, which was obviously unacceptable.”

At the meeting, DeWine heard both Ben-Veniste’s side and the CIA’s, and took a stand. “I’m going to invite [CIA director Porter] Goss to an oversight hearing in which he will publicly explain your position and I will question him about it publicly,” Ben-Veniste recalled DeWine saying.

The effect was immediate, according to Ben-Veniste. “Within 48 hours, the CIA completely changes its position and said they were providing their documents to us,” he said.

According to the Working Group’s final 2007 report, the CIA reversed course in 2005, agreeing to conduct searches on 1,000 new names, and rereleasing updated versions of previously released files with redacted information now unredacted.

The massive dump of secret intelligence files has yet to be reviewed fully. A year after the Working Group released its final report, two of the historians who had assisted its project, Richard Breitman of American University and Norman Goda of the University of Florida, returned to the archives to examine classified Army intelligence records stored on an outdated optical disc system. Though they reviewed some of the records on the system, many more remain.

Lichtblau also spent time in the archive, where he found documents — including the 1995 CIA memo to the House Intelligence Committee — that others had not yet discovered.

Lichtblau said that some of the CIA’s reluctance to let out the stories is typical for an intelligence agency. “There’s just an instinctive reaction that says even 20, 30, 40 years later, we’re not going to talk about this stuff and let it see the light of day,” he said. “Part of it is that this stuff is really embarrassing to them.”