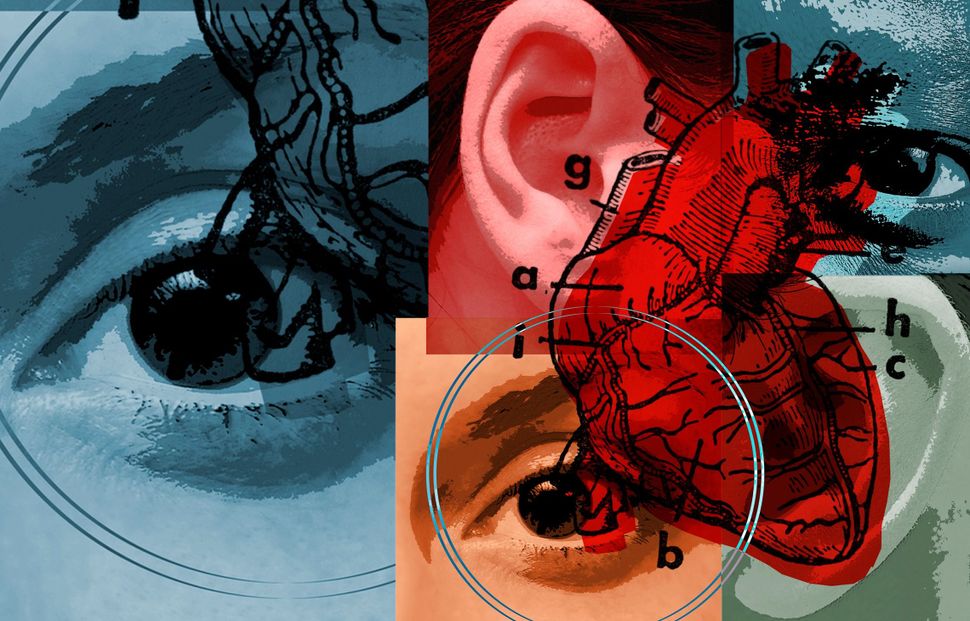 In the age of the smartphone, it is getting harder and harder to get human beings to give their all to one person, one subject and one moment. Maybe that’s why a tweet on how various languages express the idea of “paying attention” went viral recently, amassing 28,000 likes and over 7,000 retweets at last count — far more than the usual language-nerd fare ever attracts.

I kept seeing this charming four-line comment from Nyusha (@gole_yaas) in my feed, and the poets and linguists I follow could not resist retweeting it:

In English, attention is something we pay.

In Spanish, attention is something we lend.

In French, attention is something we make.

And in Farsi, attention is something we do.

I could easily have spent weeks reading these missives, but as all these concepts of “attention” flooded my mind, I thought about Hebrew — and how different it is from all the languages tweeters referenced.

In Hebrew, “to pay attention” is generally lasim lev, or “to set your heart to it.” Literally, lasim is “to place,” “to put,” “to set,” and lev is “heart.” What fascinated me, the more I thought about it, is how attention in Hebrew is a matter of the body — but most specifically a matter of the heart. But where does this unusual phrase — sim lev — “pay attention,” and literally, “place your heart,” come from?

I did some sleuthing and learned that sim lev comes from the Book of Job, fittingly enough a book about the innermost parts of the heart, the deepest devastation a human being can experience. And interestingly enough, Job includes two instances of this construction, each with a different preposition. The first mention is in the very first chapter, in verse 8: hasamta libcha al avdi Iyov. Or in The Jewish Publication Society’s translation, which reads:

“The Lord said to the Adversary, “Have you noticed My servant Job? There is no one like him on earth, a blameless and upright man who gears God and shuns evil?”

This exact same phrase, with a different preposition, appears in the second chapter of Job, verse 3. Here, in Hebrew, it is el avdi Iyov as opposed to al avdi Iyov. The Jewish Publication Society translation is the same for both phrases, whether the preposition means “to” or “on.” In both cases, it is, “Have you noticed My servant Job?”

The components of sim lev are interesting: verb and noun, place and heart. Sure, sim is a Hebrew word, but it’s pretty close to what the neighbors were using. There is the Akkadian samu, meaning “to set”; the Aramaic sim, and the Arabic shama.

And what about lev, or “heart”?

That, too, is a word the neighbors were fond of. It’s the Akkadian word libbu, the Ugaritic lev, the Aramaic liba and the Arabic loob.

I found myself wishing that Akkadian, Ugaritic and Aramaic had made it to the age of electronic likes. Surely libbu, lev and liba would be more satisfying than a simple heart on Twitter.

But that’s not really fair, because what matters most with any language is whether it is dead or alive.

Living, breathing and thriving languages are always borrowing from the neighbors, and Hebrew is no exception. Ancient Hebrew speakers must have liked borrowing, judging from the Hebrew Bible, which has Akkadian names, like Rachel, the word for lamb. The Torah also includes bits from Phoenician and Hittite, which is perhaps a good thing, since it is the only address where these now-dead languages live.

Contemporary spoken Hebrew, especially slang, continues that tradition of picking up good linguistic ideas from the neighbors. Today’s Hebrew includes many borrowed words, phrases and expressions from Arabic. So in addition to the one-of-a-kind sim lev, which gets such prominent placement in Job, Hebrew speakers can also turn to Arabic and use dir balak, the Arabic way of saying “Pay attention!”

The Balashon, or Hebrew Language Detective, also known as David Curwin, discusses dir balak on his blog. He notes that it “is often used in Hebrew in the sense of “Watch your back! Pay attention (that this doesn’t happen)!”

Dir is a form of the Arabic verb dar, or “to turn around.” Hebrew has a similar option, the daled-vav-reish root, which means “to go in circles”; consider the word davar, mailman — who goes from house to house, making the rounds of the neighborhood.

Balak is a form of the Arabic word bal, which means “sense, mind, attention.” Here I found myself enjoying Curwin’s excursion into other Arabic phrases besides dir balak that use bal:

aja a-balo — He thought of it.

Then Curwin’s post gets more delicious, as he tries to connect the Arabic bal to Aramaic, which also uses bal: “After doing a little digging, I was able to find an Aramaic cognate to the Arabic word, and with luck, it appears in the book of Daniel. In verse 6:15, we find the following”— including the passage v’aal Daniel sam bal l’shaysvuta.

I was thrilled with this discussion, but even more intrigued when I read the translation:

“Upon hearing that, the king was very disturbed, and he set his heart upon saving Daniel, and until the sun set made every effort to rescue him,” according to the JPS translation.

So bal in Aramaic is translated as “heart” by JPS. And yes, “set his heart upon” is in the same linguistic neighborhood as sim lev, or the Hebrew way to say “to pay attention.”

But can we be sure that the Aramaic word bal means “heart”?

To the commentators, bal in the Book of Daniel is a bit mysterious. Rashi says he doesn’t know what it means. (I have always found this willingness to admit to not knowing to be one of Rashi’s great charms.) But Radak thinks that the letters may have switched — so bl and lb, or lv, hence lev.

I’m willing to accept the idea that maybe a scribe moved two letters around, maybe because he wasn’t paying attention. And I’m also happy to consider the idea that Hebrew, Aramaic and Arabic have similar ideas of how to pay attention, how to focus on our shared world, ancient and contemporary, home to the living and the dead. Following a trail from the Book of Job to the Book of Daniel to contemporary Arabic to Hebrew-borrowing-from-Arabic, we can hear a beautiful, multilingual, centuries-old insistence that attention is, beneath it all, a matter of the heart.