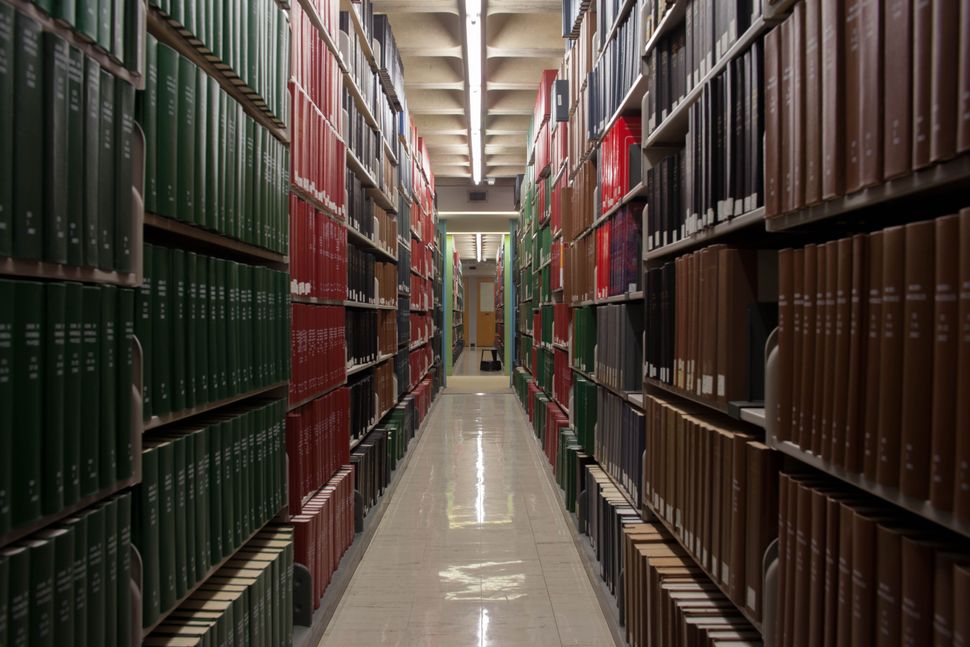 The history of anti-Semitism is sprawling and ugly. But as Americans look to understand this unique prejudice in the aftermath of the massacre in Pittsburgh, a number of books and essays can serve as useful primers on the subject. The New York Times recently suggested three such titles: “(((SEMITISM))): Being Jewish in America in the Age of Trump” by Jonathan Weisman, “History on Trial: My Day in Court With a Holocaust Denier” by Deborah Lipstadt and “A Lethal Obsession: Anti-Semitism From Antiquity to the Global Jihad” by Robert Wistrich. The Forward has a few more recommendations to add to those picks.

Published before “A Lethal Obsession,” Wistrich’s “Antisemitism” [sic] tracks the development of anti-Semitism, country by country, from antiquity to the modern period. “The Longest Hatred” was originally released as a companion book to a three-part PBS series, and it continues to be an invaluable resource for contextualizing anti-Semitism’s ancient and global origins.

2) “The Changing Face of Anti-Semitism: From Ancient Times to the Present Day” by Walter Laqueur (2006)

Laqueur, director of the Wiener Library, London’s main institute for anti-Semitic studies, outlines the different shapes that anti-Semitism has assumed over the years — from a primarily religious concern, to racism, to a more recent form, which cloaks itself in anti-Israel talking points.

Nirenberg’s book explores how civilizations historically opposed to the Jewish faith managed to make that opposition a cornerstone of their societies. “Anti-Judaism” takes a long view of the phenomenon, from ancient Egypt, Greece and Rome to Inquisition-era Spain and Nazi Germany. Nirenberg concludes that most Western nations have at times systematically perceived Jewish identity as a threat to their dominant culture, and explicitly built rules, policies and infrastructure around curbing the presence of Jews in society.

Dawidowicz’s book opens with the Nazi rise to power and concludes with the end of World War II. By covering this 12-year span — with historical detours into the theology of Martin Luther and her own theories on the anti-Semitic conditioning of Germans — Dawidowicz depicts the degradation of a society preoccupied by the persecution and eventual extermination of Jews. Powerfully, Dawidowicz included the estimated number of Jewish dead by country in the book.

5) “Denying the Holocaust: The Growing Assault on Truth and Memory” by Deborah Lipstadt (1993)

Among the most audacious iterations of modern anti-Semitism is Holocaust denial. In her book, Lipstadt digs into the trend’s early history in France and among Nazi sympathizers in America directly after World War II. By describing the various conspiracies peddled to exonerate Germany of genocide, Lipstadt highlights what she believes is an international movement to discredit survivors.

This postwar essay lifts the question of anti-Semitism into the existential realm, examining not only the impetus that drives anti-Jewish sentiment, but also how Jews react to prejudice against them. Sartre believes the anti-Semite to be a “coward” and contends, controversially, that the long history and singular experience of Jews is incidental to people’s hatred of them. “If the Jew did not exist, the anti-Semite would invent him,” Sartre writes.

This essay may be even more contentious today than when it originally ran in The New York Times in 1967. Baldwin argues that Black communities in mid-century America came to scapegoat Jews for a larger trend of intolerance and resent them for being able to assimilate as white. “If one blames the Jew for not having been ennobled by oppression, one is not indicting the single figure of the Jew but the entire human race, and one is also making a quite breathtaking claim for oneself,” Baldwin writes. The essay is a case study in how other oppressed minorities are susceptible to anti-Semitism and how Jews, even with a disenfranchised past, are not blameless when it comes to benefiting from the systems of the oppressor.