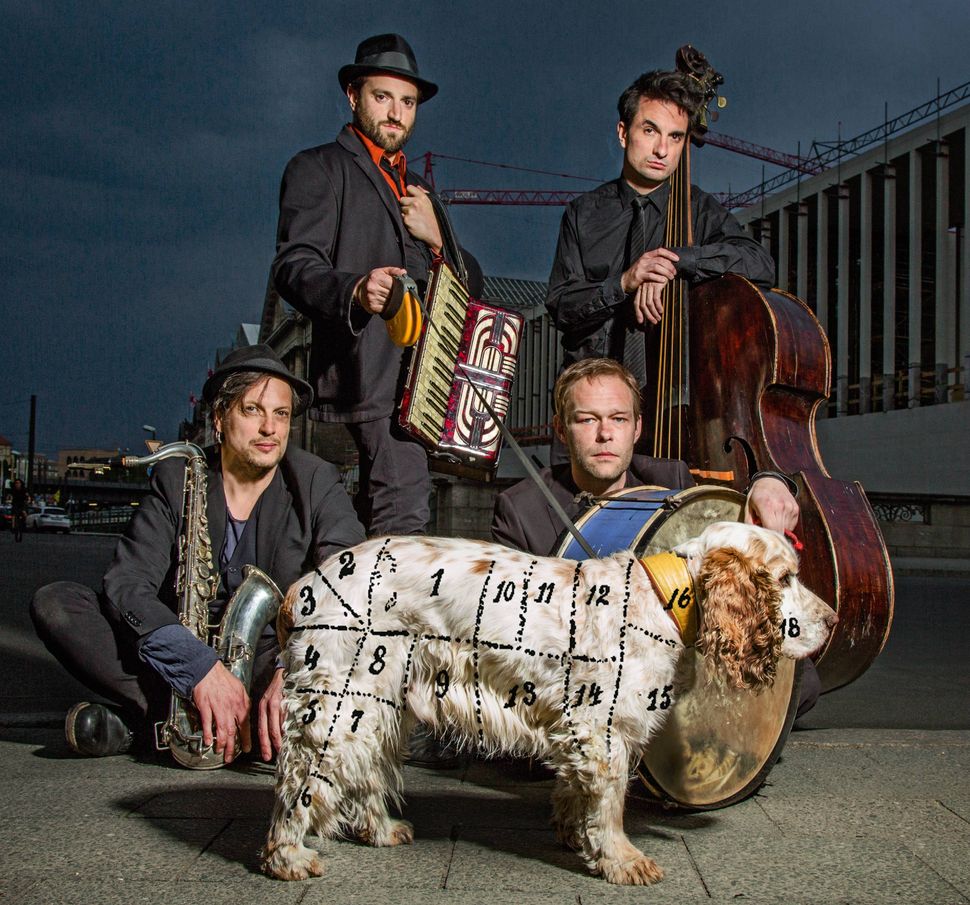 “The Butcher’s Share,” the new album by Yiddish-punk outfit Daniel Kahn & The Painted Bird, could hardly be more timely. Drawing from and building upon the great tradition of Yiddish songs of resistance – partisan songs, worker’s anthems, gangster ballads – Kahn’s latest album speaks directly to the urgent political challenges of our time and does so with a heavily inflected Yiddish tinge.

Some of the songs are in Yiddish, some in English. Some are original tunes by Kahn and a handful of his contemporaries writing new Yiddish compositions, including Michael Wex, Joshua Waletzky, and the late Adrienne Cooper; others are by mid-20th century Yiddish writers including Dovid Edelshtat, Hirsh Glick and Itsik Manger. The overall feel of the album owes a heavy debt to the work of the Klezmatics – Kahn’s Painted Bird is like a nephew or close offspring of that group in sound and spirit – but it also betrays influences ranging from Radiohead to Leonard Cohen and from Bob Dylan to Kurt Weill.

The recording features younger stars of klezmer and Yiddish music including violinist Jake Shulman-Ment, vocalists Sarah Gordon, Sasha Lurje, and Psoy Korolenko, and Kahn himself on vocals and a variety of instruments, plus giants of the Yiddish/klezmer renaissance, including Michael Alpert of Brave Old World and Lorin Sklamberg of the Klezmatics. The Painted Bird ensemble is rounded out by Berlin klezmer clarinetist Christian Dawid, American old-time fiddle virtuoso Craig Judelman, experimental contrabassist composer Michael Tuttle, and drummer Hampus Melin.

Being a lover of gloomy, apocalyptic songs, my favorite track is the album closer, “No One Survives,” another Kahn original that lyrically references the Doors and musically hints at late-period David Bowie and Radiohead inside a veil of Yiddish folk-rock. In this mournful ballad, Kahn sings:

And in the end, no one survives

No one at all gets out alive

And in the end, no one prevails

Everyone falls, everyone fails

You cast your lot, reel in your line

It’s not the prettiest nor happiest of sentiments, but it’s real, and it speaks to a desperate nihilism some of us cannot help but feel in these dark times.