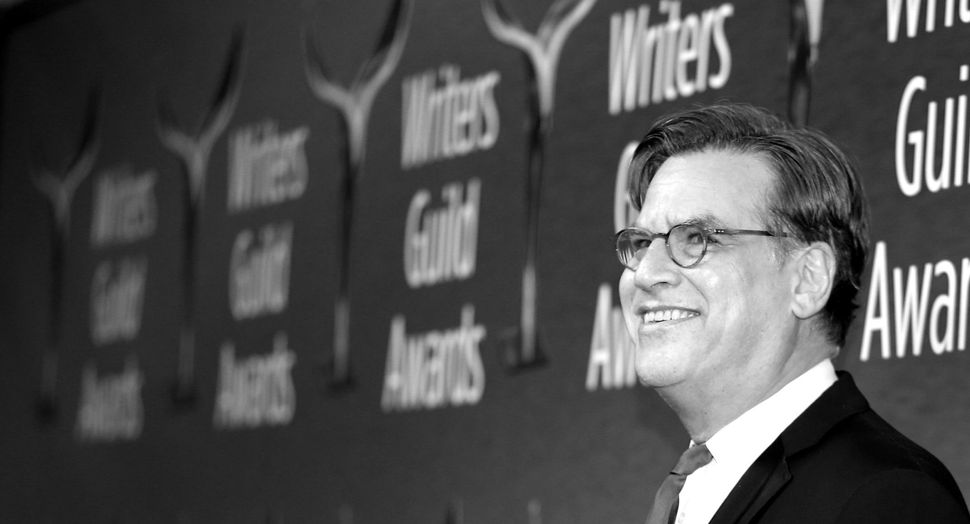 Aaron Sorkin began his career with a staged courtroom drama, “A Few Good Men,” and is entering into a controversial late period with another. Like his biblical namesake, Sorkin has taken on a sacred cow, adapting Harper Lee’s beloved novel “To Kill a Mockingbird” for the Broadway stage. It’s a task he referred to in a piece for Vulture as a “suicide mission.”

It may be telling that we mainly hear from Sorkin, the celebrated writer of “The Social Network” and “The West Wing,” in prose when some kind of apologia is being made. He did it for “The Social Network” when critics objected to the film’s portrayal of women. He made headlines later for his half-hearted mea culpas on “The Newsroom” and its habit of course-correcting the coverage of real-world news. Here he seems to be apologizing, or justifying, preemptively for a play that opens next month. Before the play has had a chance to make its case to audiences at the Shubert Theatre, Sorkin is already explaining the liberties he has taken with Atticus Finch’s character arc. It’s not the act of a man with complete confidence in his vision.

But one can see why, given the threat of litigation surrounding the production over fears it might violate the “spirit of the novel” and the book’s unshakable place in the American canon that Sorkin would crouch in the defensive. In reading the piece one senses, though it’s never explicitly stated, that the detractions Sorkin fears most make the claim that the adaptation is unnecessary. He’s justifying not just his choices, but his choice to do it at all.

So, why do it? Producer Scott Rudin got the rights and called him up and he accepted the charge “without hesitation.” But then more texture to that “why?” Well, it’s timely.

Sorkin explains that Rudin gave him the injunction that “Atticus can’t be Atticus for the whole play. He has to become Atticus by the end.” The challenge then became to imbue Atticus with a flaw to overcome in compliance with Aristotle’s “Poetics” (yeah, Sorkin went there).

Going to the text Sorkin found that Atticus’ hamartia was there all along masked as a virtue. “Atticus believes that you can’t really know someone unless you ‘climb into someone’s skin and walk around in it.’” Sorkin writes. “He believes in the fundamental goodness in everyone, even homicidal white supremacists. He believes … that there are fine people on both sides?”

But that rationale is disingenuous, if cute. Sorkin writes he delivered the new draft in August 2017, the month of Charlottesville and Trump’s infamous false equivalence. If this was his thinking, it couldn’t have resolved in those exact terms that early — unless he wrote the draft incredibly fast.

Then there’s the argument of elevating the roles of the black characters. “There are only two significant African-American characters in the story: Calpurnia, the maid, and Tom Robinson, the accused,” Sorkin writes. “It’s the kind of thing that would have gone unnoticed in 1960, but in 2018, using black characters only as atmosphere is as noticeable as it is wrong.”

What does it gain a contemporary American audience (which will be mostly cosmopolitan and well off) to sit through a rehash of a text we’re inured to and accept unquestioningly? If the purpose is to add nuance to the parable, to add an extra step to the self-congratulatory pat on the back for recognizing racism at its most overt, why not create a new story reflecting the reality of how bigotry presents today?

Twice or thrice removed from its time, a 2018 “To Kill a Mockingbird” can’t help but be defanged. A contemporary audience, having pre-digested its message, and Gregory Peck’s performance, will find little to argue over or consider beyond the changes made to the text. They should be interrogating their own prejudices, not how Jeff Daniels stacks up to Peck’s Oscar-winning decency.

It’s a tough ask. Of course, it’s not the first time in recent years that Atticus’ character, and its unassailability, has been challenged. While Sorkin maintains he never read a 2015 release “Go Set a Watchman,” Lee’s controversial ur-text of “To Kill a Mockingbird” that was marketed as a sequel, I have.

Set in the 1950s, the novel showcased an Atticus Finch capable of bigotry. This Atticus was one the grown-up Scout had trouble reconciling with the heroic man she saw defend a black man in court in her youth. In old age, in the aftermath of the Brown v. Board of Ed decision, Atticus is in favor of school segregation and it is revealed that he attended a Klan meeting when he was younger.

“Go Set a Watchman” is not by any measure a masterpiece and went unread by legions of fans of the original book unable to accept the new-found cracks in Atticus’s nobility. But its subject matter feels more timely and challenging and essential to our own moral evolution than any new adaptation of “To Kill a Mockingbird” could ever be. If we must confront the nature of the broken Atticuses of our world, fathers and mothers who change in election years in ways we might not like, we should start with the author’s own words. It’s only through them that any Atticus will be recognizable to us.