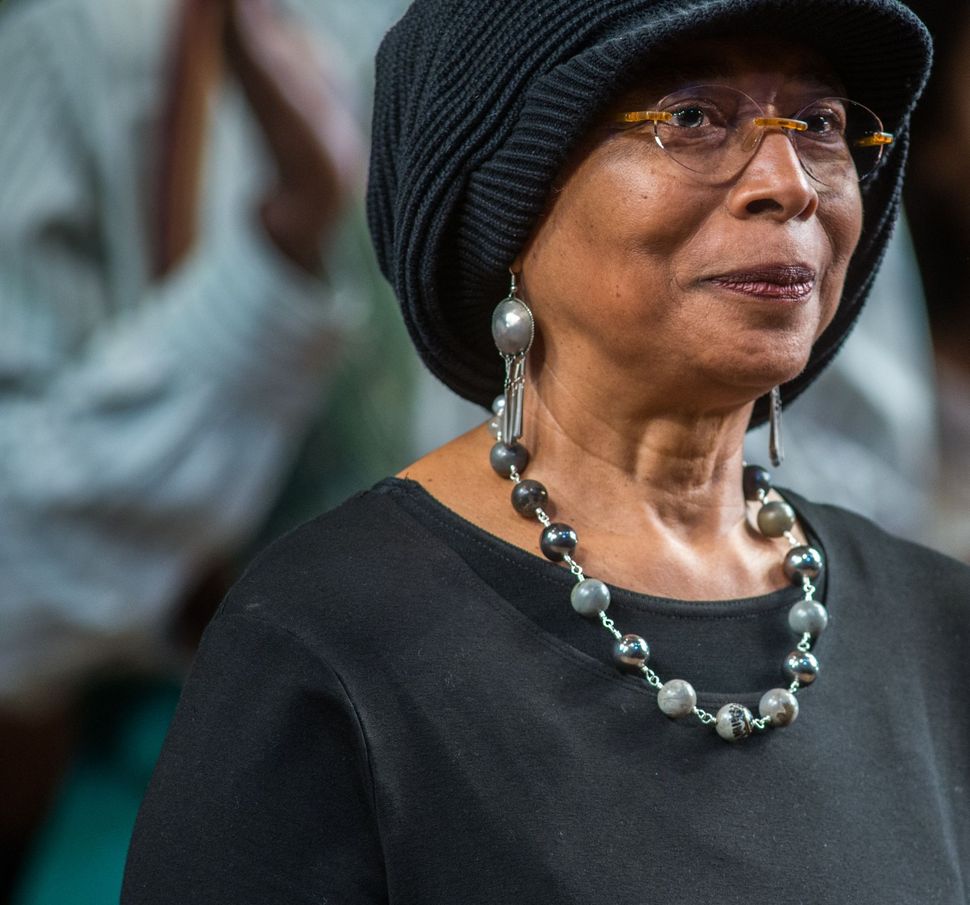 The New York Times’s “By the Book” column is no stranger to scandal.

Male authors who participate in the feature, in which an author answers questions about the books that have formed them, tend to mention few female authors among their picks. It’s a phenomenon so notable that when Lauren Groff was a “By the Book” subject earlier this year, she discussed only female authors, pointedly noting their frequent omission.

But a controversy about anti-Semitism is new.

That’s exactly what struck after the Times published a “By the Book” featuring Alice Walker on December 13. The first question Walker answered was about the books on her nightstand, to which she gave four answers: Somaly Mam’s “The Road of Lost Innocence,” “Perfect Peace” by Daniel Black, “Mom & Me & Mom” by Maya Angelou and “And the Truth Shall Set You Free” by David Icke.

There’s just one problem: Icke is notoriously anti-Semitic. And his own publisher found “And the Truth Shall Set You Free” too anti-Semitic to release, so Icke published it on his own.

Icke also writes that “The Russian Revolution was all part of [Otto Kahn and the Morgan family’s] Big Plan, which is why the leading officials of the Rothschild-controlled Federal Reserve Bank of New York, including Thompson, supported the Bolsheviks. In this period, we are seeing the Global Elite deciding on the post-war policies and ensuring that the puppet-politicians make it happen.”

Walker, the Pulitzer Prize-winning author of “The Color Purple” (1982), has been sharing anti-Semitic conspiracy theories for at least five years. As Philip Bump noted in The Atlantic in 2013, a post on Walker’s blog in which she wrote about her favorite books, films and more of that year featured a book by Icke, “Human Race Get Off Your Knees,” as well as a general recommendation of Icke’s work and his radio show. In a different blog post of that same year, Walker delved into Icke’s theories, delivered in “Human Race Get Off Your Knees,” about reptilian overlords who rule the planet. “They wanted gold and they wanted slaves to mine it for them. Now gosh, who does this remind us of? I only am asking,” she wrote. “You do the work.”

Then, in 2017, Walker published a poem on her blog titled “It is Our (Frightful) Duty to Study the Talmud.” In the poem, Walker gave readers instructions on how to begin such study: “For a more in depth study/I recommend starting with YouTube. Simply follow the trail of ‘The/Talmud’ as its poison belatedly winds its way/Into our collective consciousness,” she wrote. Then she went further:

Are Goyim (us) meant to be slaves of Jews, and not only
That, but to enjoy it?
Are three year old (and a day) girls eligible for marriage and intercourse?
Are young boys fair game for rape?
Must even the best of the Goyim (us, again) be killed?
Pause a moment and think what this could mean
Or already has meant
In our own lifetime.

The Times’s inclusion of Walker’s recommendation of Icke drew ire on social media, where some questioned why editors had published the recommendation at all, let alone without clarification of the book’s contents.

We’re deeply disappointed that @nytimes would print Alice Walker’s unqualified endorsement of a book by notorious anti-Semitic conspiracy theorist David Icke. We have asked editors to update the review w/ information about this author’s #antiSemitism https://t.co/C7cse1xxYt

I’m more concerned about the fact that Walker doesn’t seem to have folks around her who are willing to call her in about this than about whether the NYT dug into it. I do think the NYT should not have passed her recommendation along. But where are her people?

A Times spokesperson provided a statement to BuzzFeed News in response to the criticism; “By the Book is an interview and portrait of a public person through the lens of books; it is not a list of recommendations from our editors,” they wrote. “The subject’s answers are a reflection on that person’s personal tastes, opinions and judgments. As with any interview, the subject’s answers do not imply an endorsement by Times editors.”

In her “By the Book” column, Walker mentioned her blog, noting that she regularly uses it to publish several pieces a month. “I have always wanted my heart to be directly in touch with the reader’s,” she wrote.