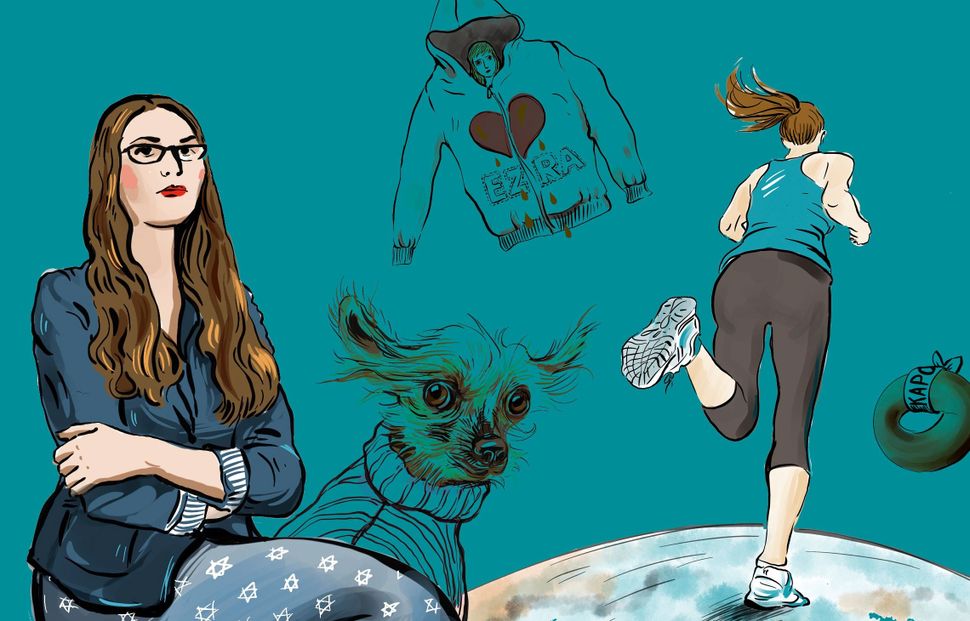 Women — fun to hang out with, interesting, beautiful, rarely murder anyone, gestate life, socialized to be empathetic and good at communication. What’s to mock? Not to mention that the roots of negative female archetypes can usually be traced to the dang patriarchy!

But if we don’t make fun of women, we exclude them from the comedy conversation — nay, the narrative! If we don’t learn to laugh at women, we’ll just continue devoting precious hours of public dialogue to figuring out how bad it is that Louis C.K. pleasured himself in front of multiple people! In April, this column covered the types of Jewish men you’ll date in New York. Now, with an assist from Forward staff writer Ari Feldman, whose only qualification here is having dated Jewish women, we’re giving ladies equally critical treatment.

This column was sourced from Jewish professionals, strangers, nemeses and Bumble dates.

Some say the Jewish American Princess went extinct with the death of Juicy Couture sweatsuits. Others say it’s a harmful stereotype, the hate child of sexism and anti-Semitism. We say: Have you ever even been to the Matzoh Ball?

The Princess got good grades at Barnard or U of Miami and still carries multiple colors of highlighter in her Longchamp. She doesn’t “do” politics. Insists that recycling is pointless. She scrolls Instagram during movies. She’s never talked to a black person. She can put away $60 of sushi in five minutes. Could club a baby seal to death with her Chase Sapphire card.

Lives in Washington Heights. She hasn’t applied to rabbinical school yet, because she’s not sure she’s ready. She’s always volunteering to be pied in the face. Constantly announcing and re-announcing her pronouns. Her areas of specialty: early childhood through high school; Hebrew, Aramaic and Ladino; “difficult kids”; telling you that Bamba aren’t allowed on school premises because of the peanuts. She has both a “sad” and a “happy” Debbie Friedman playlist.

Girl Who Brings Up The Holocaust At Parties

First time you sleep over, she shows you her bedside journal of Holocaust nightmares. She performed a dance adaption of “Number the Stars” for her senior thesis. On principle she doesn’t date blondes. Spits on Mercedes and BMWs after one cocktail. Her go-to pick up line is, “How did your family come to America?” Style icon is Anne Frank. 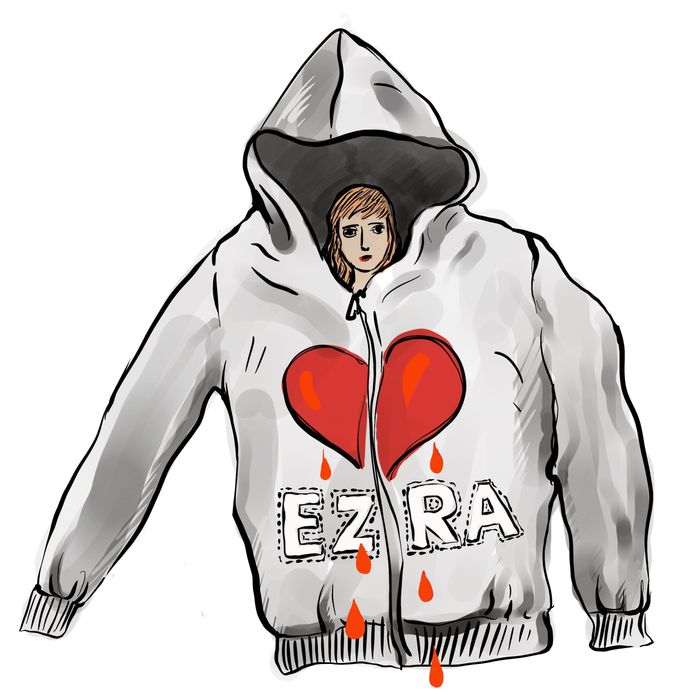 Girl Who’s Still In Love With Her Camp Boyfriend 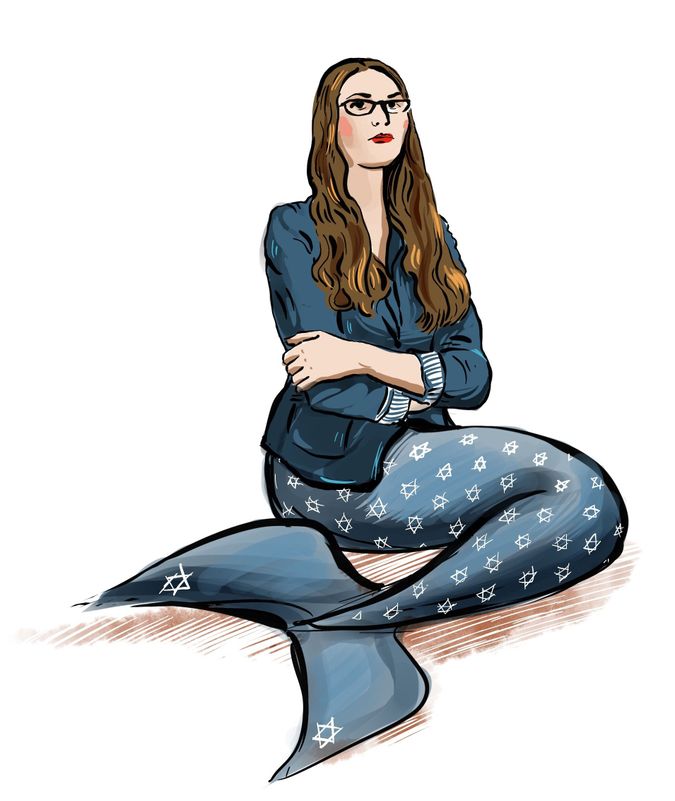 She has thick-framed glasses and straight, shiny hair, like a corporate mermaid. She keeps going on about how anti-Semitism is rising on the left, and how girls really need to be conscious about the message their clothing sends, and you think, “I could maybe put up with this?” Her lack of compassion for anyone she doesn’t personally know is so vivid it’s almost pornographic. She’s incredibly genuine — she’s genuinely willing to watch people who can’t pay for health care die. Obsessed with free speech except when it comes to speaking freely about Israel. Her grandparents are survivors, so she’s qualified to represent the entire Jewish people.

Always presses her straight male friends to admit that they’re attracted to Bradley Cooper. Cares more about maintaining her skin care regimen than about not getting an STI. Makes you touch her shin in public so that you can feel how recently she shaved her legs. Has taught you a lot about her menstrual cycle. Her sexual kink is cuddling with straight male friends. Lost her virginity at USY International Convention. Religious about wearing her nighttime retainer. Lactose intolerant, gluten sensitive, free cocaine enthusiast.

Girl Who Takes Dating Israelis As A Zionist Imperative

If they’re tall, dark and handsome, great. If they’re short, red-faced and smell like an ashtray, also fine. She likes a man in uniform, a man out of uniform, a man in the uniform of the beach (Speedo, matkot paddle), and even those Anglo-Israelis who avoided the draft and feel conflicted and need to talk about it. First said “I love you” in a hallway outside the Young Professionals Friends of the Israel Defense Forces gala. Likes: guns, accents, being seduced with the words, “If, ehhhm, you don’t make aliyah, so — what meaning your life have, Karen?”

Girl Who Really Has Her Shit Together

Wants to know what you thought of the latest Atlantic cover story, lives in a studio. She just wants to meal prep. She has a small, hypoallergenic cat, and she’s training for a half-marathon. She won’t eat anything spicier than arugula, does dishes to Spotify’s “Songs of the Summer” playlist. She’s kind. She has a Master’s. But there’s a spark missing. Basically, you think you could find someone hotter. 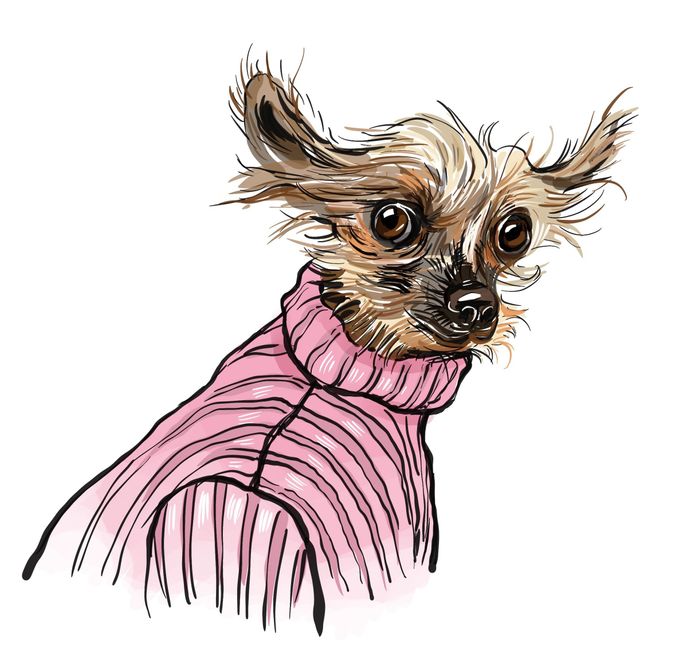 Girl Who Just Wants To Get A Dog

You don’t know her real name, because everyone at her CSA pickup in Harlem calls her “Mulch.” Her passions: nourishment, calling people “folks,” pointing out how much trash you can keep in a jar, eating alternative nut butters and picking up spiders and saying, “Hey, lil guy.” She insists that the compost in her freezer doesn’t smell bad. Cures her own probiotic sauerkraut, and cooks with only homemade ghee. She’s still furious about not getting into Avodah. 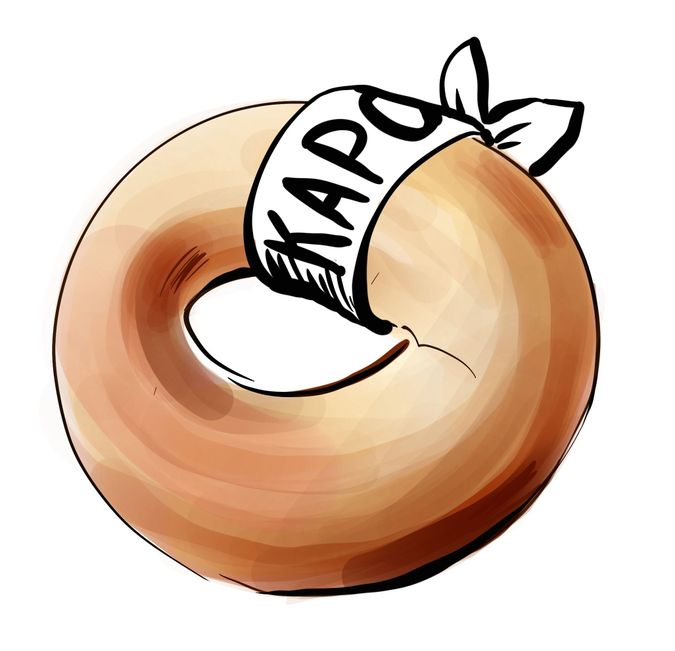 She’s not into Jewish guys. She’s not self-hating — she just thinks your nose is huge. It’s not her fault that Jewish guys are always gross! And weak. With their Jew-fros, big noses, and overbearing mothers. She wants a real man, like Paul Newman or Jake Gyllenhaal. So sue her! LOL. You would, Jew. She’s barely Jewish, anyway. She was blond as a baby, FYI. Leaves dates after 10 minutes if the guy is shorter than 5 feet, 10 inches. When asked about her Jewish identity she says, “I LOVE BAGELS.”

Girl Who Says She Hates Israel Because Of Human Rights Violations, But It’s Really About Her Relationship With Her Dad

After you order wine, she tells you she’s furious that the Jews have created a racist ethno-state where they systematically subjugate black and brown bodies, but maybe it’s because her dad skipped her birthday every year to go to a Policy Conference for the American Israel Public Affairs Committee? She is a genuinely compassionate person and is really polite to the waiter, but it seems to have never occurred to her that “returning” Israel to the Palestinians wholesale would render 7 million Jewish Israelis stateless, so, maybe this is about something else? Specifically, her 31-year-old stepmother, Debra. 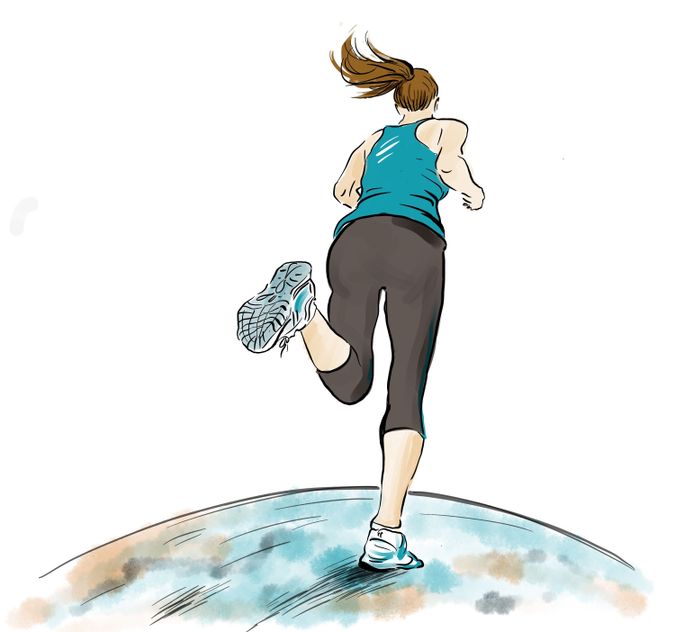 You can never find her! She’s always in a different borough, because she ran there. You want to go to brunch at Smorgasburg; she wants to go on a 25-mile trail run. It’s hard to plan dates, because she goes to bed at 4 p.m. and needs to get 17 miles or she feels like the day was wasted. You sometimes fear that her vast athleticism will dwarf you sexually. You have no idea what’s under her headband, but you want to find out.