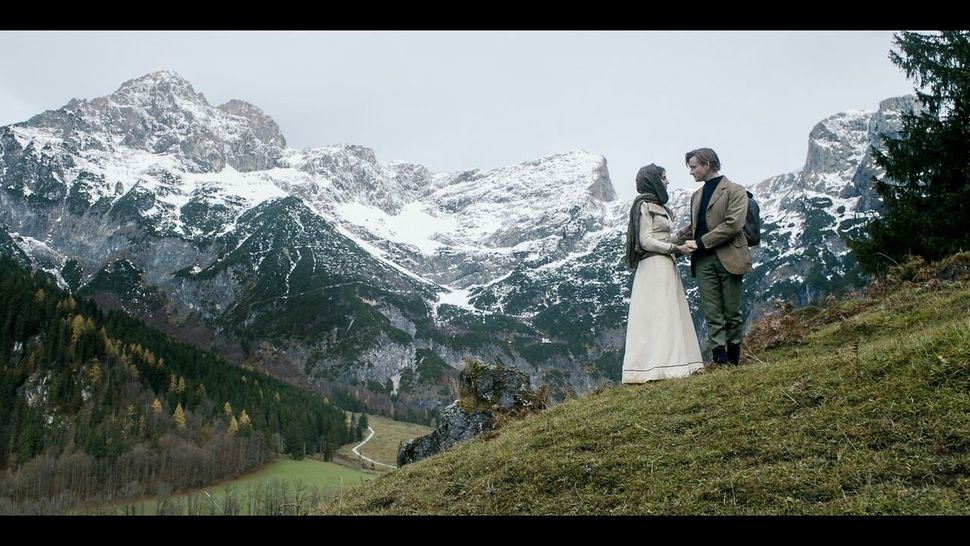 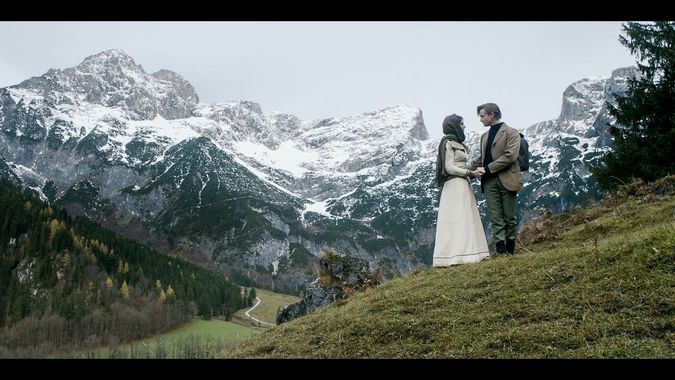 For 28 years the New York Jewish Film Festival has been providing Upper West-Siders and Jewish cinephiles the world over a chance to view the highlights of Jew-centric cinema. But oh, the tsuris!

There’s simply too much to see and it can be hard to know where to start. Don’t worry; the Forward has you covered with our selection of a manageable handful of must-sees picked from a crowd of 32 contenders. Here they are in no particular order.

The festival opens Wednesday, January 9 with the New York premier of Eric Barbier’s sprawling biopic based on the autobiographical novel the life of the French author, airman, diplomat and film director Romain Gary (Pierre Niney). It’s not the first time the book has been adapted, but the presence of César and Cannes Award-winner Charlotte Gainsbourg as Gary’s mother may make this new version definitive.

This 2008 film was selected by the festival as part of a new initiative to recognize the work of women directors who deserve wider recognition in America. Maria Victoria Menis’s film won a slew of South American awards in 2009 for its tale of Gertrudis (Mirta Bogdasarian), a Jewish immigrant to Argentina whose quiet domestic life is disrupted by the appearance of a wandering abstract photographer (Partick Dell’Isola). Shot on location in the forests near of Buenos Aires, the film blends hand-drawn animation, World War I archival footage and black-and-white images inspired by 1930s surrealist films.

First-time Ethiopian-Israeli director Aäläm-Wärqe Davidian set her debut film in her native Addis Ababa during the Ethiopian Civil War. The timely tale of refugees follows the character of Mina (Betalehem Asmamawe) and her plan to make aliyah with her brother, but not before saving her Christian boyfriend from the draft.

Joseph Pulitzer: The Voice of the People

Making its New York premiere is Oren Rudavsky’s documentary about the Hungarian-Jewish immigrant and newspaper tycoon, presented with renewed relevance given today’s attacks on the free press and the proliferation of fake news. The doc will be followed by a panel, “Pulitzer’s World: The Role of the Media in a Fake News Universe,” featuring New York magazine Editor-in-Chief Adam Moss, “All Things Considered” host Jami Floyd, Associate Managing Editor of The New York Times Jodi Rudoren and the director.

Closing the festival January 22 is Academy Award–winner (for “Pelle the Conquerer”) Bille August’s film about Per Sidenius (Esben Smed) a driven young man who rebels against his clergyman father by joining the family of a Jewish intellectual in Copenhagen. Based on the novel “Lykke-Per” by Danish Nobel Prize-winner Henrik Pontoppidan, this epic period piece aims to stir emotions as only August can.

The City Without Jews

Hans Karl Breslauer’s 1924 Austrian Expressionist film, one of the few that survived into modernity, will be screened in a new restoration making its New York premiere at the festival. As the title suggests, the movie presciently envisioned the toll of the Holocaust, imagining the expulsion of Austria’s Jews.

In a first for the festival, this Israeli TV miniseries will be presented in as a binge-able three-and-a half hour feast (with a 20 minute break to stretch your legs). The show, which is a hit in its home country, sports a Sci-Fi conceit in which present-day Israel is divided by a wall into two states (not the ones you’re thinking): a secular Tel-Aviv-based “State of Israel” and the ultra-orthodox “Haredi Autonomy” whose seat is in Jerusalem. All this is a backdrop to a human story, which involves a custody dispute that exposes the fissures of the imagined (and not-so imagined) society. As an added bonus for those who sit through the whole miniseries, director Yehonatan Indursky will host a master class after the screening.

The New York Jewish Film Festival is presented by the Jewish Museum and the Film Society of Lincoln Center and runs at the Walter Reade Theatre at Lincoln Center through January 22, 2019. Further information and tickets can be found here.