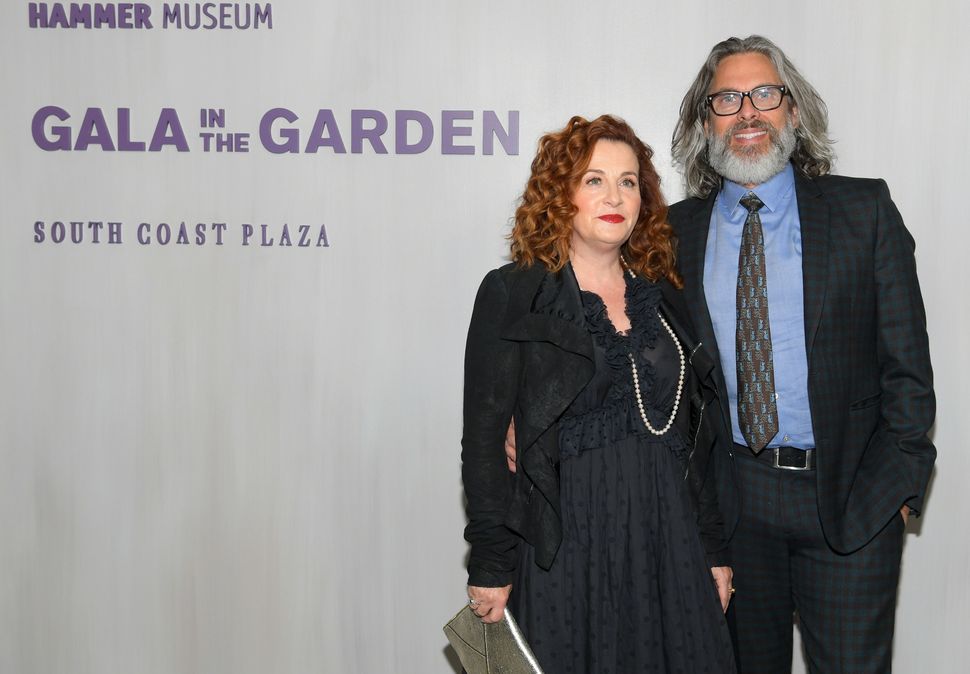 Proving they’re more than just a literary dream couple, Ayelet Waldman and Michael Chabon are in the thick of a new endeavor: Overseeing a TV show.

The duo has collaborated on TV projects before, starting with a 2011 project titled “Hobgoblin” that remains unmade. But their latest project is different, because it’s an adaptation of one of their novels;they’re giving Chabon’s 2007 novel “The Yiddish Policeman’s Union” the televisual treatment. Deadline reports that a spec script by Waldman and Chabon is being shopped around by CBS TV Studios, Nina Tassler and Denise DiNovi’s PatMa Productions and Keshet Studio. The announcement comes along at a time when the pair is also in pre-production for their original series “Unbelievable” with Netflix.

“TV is a collaborative medium, so it really lends itself to partnerships,” Waldman told the Forward. “It’s just a joy, we love it. We have a system that makes both of us really happy.”

With the popularity of literary alternate timeline streaming shows like “The Man in the High Castle” and “9/22/63,” “The Yiddish Policeman’s Union” fits right into the modern premium cable landscape. The book imagines a world where the Jewish refugees of Hitler’s Germany made a state for themselves in Alaska when mandatory Palestine didn’t quite pan out. (The residents of Jewish Alaska are cheekily referred to as the “Frozen Chosen.”) Seizing on Chabon’s lifelong obsession with detective fiction and Sherlock Holmes, the novel, set in present day, follows alcoholic Detective Meyer Landsman, who becomes enmeshed in a web of interfaith intrigue when he tries to solve a murder.

Unlike Chabon and Waldman, who are by all accounts blissfully married and set to Executive Produce on the project, the divorced Landsman is distressed to see his ex-wife Bina rise above him in rank. But when it comes to writing literary mysteries, Waldman and Chabon are peers; in addition to her other works, Waldman is the author of a series of detective novels collectively known as the “Mommy-Track Mysteries.”

Chabon originally sold the film rights for “The Yiddish Policeman’s Union,” then titled “Hatzeplatz,” based on a three-page proposal written before he completed the novel. After its publication, the mystery was in development for a feature film with the Coen Brothers attached to direct and write the screenplay. Alas, the project never got traction and by 2012 the rights reverted back to the author.

Will the series be at least partially in Yiddish, the lingua franca of the Sitka, Alaska of the novel? Waldman said that while she and Chabon wrote the pilot in English, a definite decision on the show’s language has yet to be made. “Even if it is in English we’ll be creating of the show,” she said, “a vernacular of the show, lots of Yiddish words.”

But, she said, there’s one element of the Sitka that Chabon imagined that she wouldn’t allow to be changed.

“There will be no compromise on the gang of Haredi criminals,” she said. “That has to be in the show.”