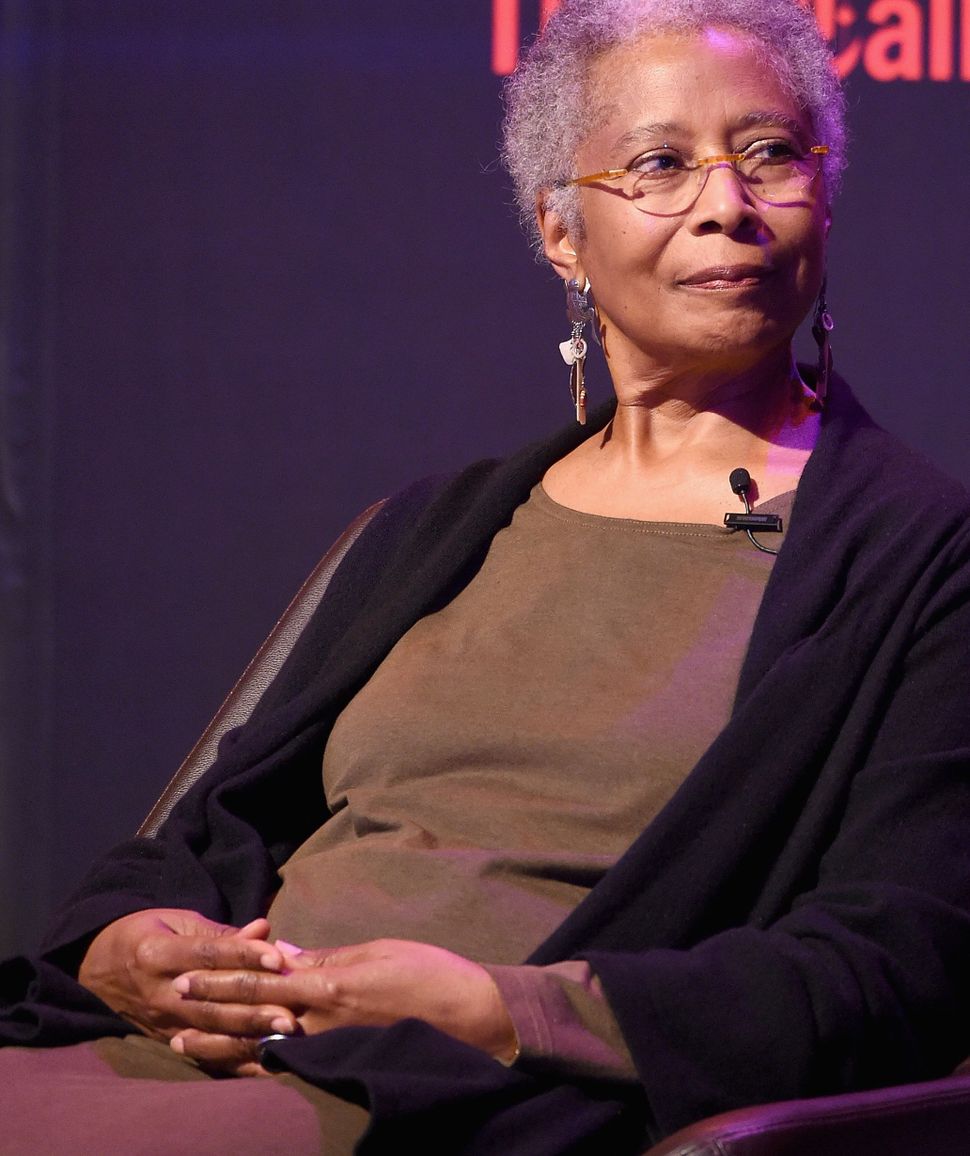 When it comes to anti-Semitism, Alice Walker still doesn’t get it.

Or to be more precise, she still wasn’t getting it when she wrote her most recent blog post, which contains a poem titled “Conscious Earthlings.” The post begins with an email that Walker writes was sent to her by Nurit Peled-Elhanan, an Israeli scholar and advocate for Palestinian rights who sought to clarify some of Walker’s ideas about the Talmud. (Walker had previously conveyed those ideas in a 2017 poem, also published to her blog, titled “It is Our (Frightful) Duty to Study the Talmud,” which put forward a number of anti-Semitic stereotypes.)

In the email as it appears on Walker’s website, Peled-Elhanan explains the intensive study needed to begin to understand the Talmud. “Every argument that is brought is immediately countered by an opposite argument and the discussion that ensued,” Walker quotes Peled-Elhanan as writing. “It is always open ended.” Peled-Elhanan also emphasizes a belief that “The people who torture and kill Palestinian [sic] have never studied the Talmud.”

Walker, in her response, emphasizes “the necessity of separating ‘Jews’ from Zionist Nazis.” And then she includes “Conscious Earthlings.”

“Jews have always been involved/In my awakening/Long before I knew/Or cared/What they were,” the poem begins. For a poem seeking to clarify that its author is simply opposed to Israel, rather than anti-Semitic, wondering “what” rather than “who” Jews are might be ill-advised. After all, “what” takes one dangerously close to the Jews-are-actually-lizards thesis, in which we already know Walker is unfortunately interested.

Does it get better? This comes next: “It is this I will remember/Whatever worsening plans/The Zionist Nazis make.” Let’s break it down! First of all, “worsening plans” is a telling choice of phrase. Jews are not exactly unfamiliar with the allegation that we are concocting terrible schemes, and the allegation that only those of us who are Zionists — inseparable, in Walker’s view, from Nazis — are the ones making said terrible schemes is, well, still anti-Semitic. Not just because of the whole conspiracy theory thing; also because dictating what makes for a good Jew versus a bad one is, again, anti-Semitic.

Alas, Walker doubles down on that distinction. “To tell the truth/It has always calmed me/To have them near,” she continues. Innocuous, maybe, except that the calming effect of nearby Jews has to do with their habit of “Carrying on, being smart-ass,/Getting into everybody’s business.” I’m Jewish, and happy to say that my peers and I do have a tendency to behave in ways that get us described as “smart-ass.” But I still have to point out that attributing certain characteristics or behaviors to any group at large is a mark of prejudice, even if the behaviors could be read as positive. It’s a mark of seeing the group as a monolith, rather than a group of linked individuals; Walker is seeing the capital-J Jew, rather than the person who is Jewish.

Walker “will not lose” this perception of the goodness of some Jews, she writes. “Too much time has passed./I cannot be fooled./Zionist Nazis are not the Jews/I know; terrorists who would/and do/Kill anyone and anything/To get what they want:/Control over everyone.” This one is not difficult to parse, and my analysis is: yikes.

Bad Jews should not fear, though, because Walker proposes a path to reform. “I like especially to see/Jews standing firm/With the same/Realization I also have:/That the dream of one humanity,/Of one race of humankind/Is being born each day/In every one of us/Who leave race and culture and religion/Handed to us at birth behind.” In other words, just act like you’re not Jewish, and you’ll be fine.

There’s more. Of course there’s more. On the plus side, beneath the poem Walker shared an adorable photo of a snail nestled into the petal of a sunflower. It sends a different message than that which she might have intended. The world is bigger than any one of us can see, it suggests, and no matter how stable we feel within it, our positions are ultimately fragile. Walker is skilled at seeing these flaws of perception in others. If only she could see them in herself.