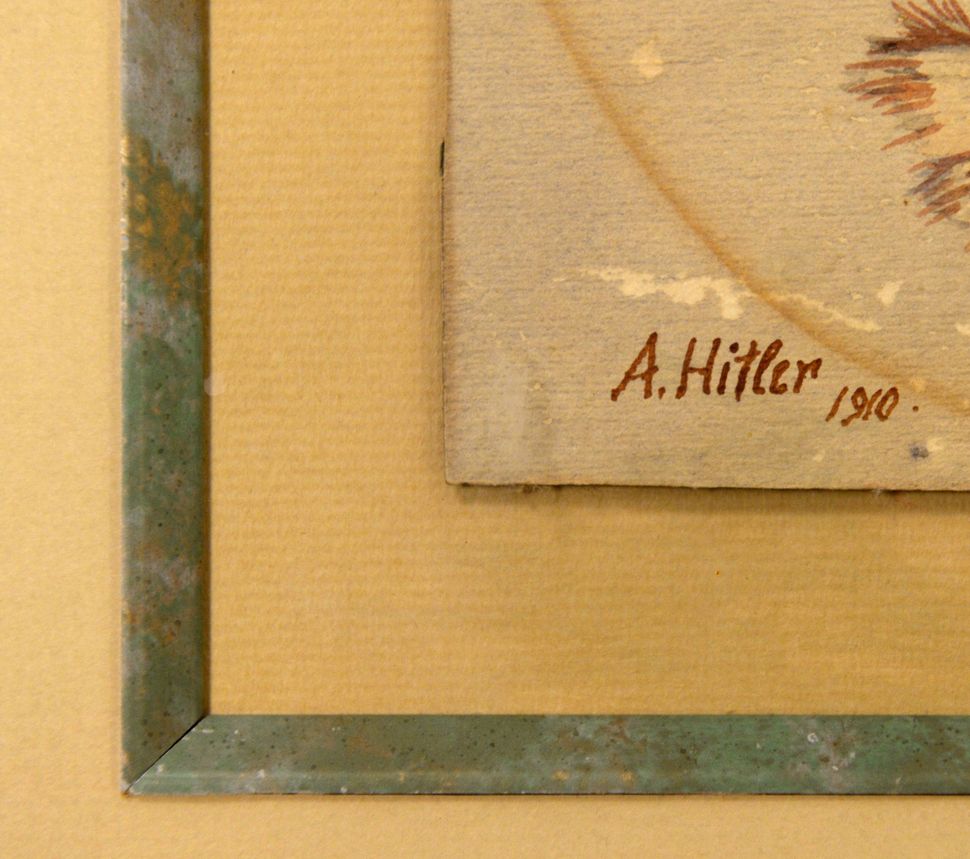 Prepare to be repelled: Hitler’s nude portrait of his own niece, Geli Raubel, might potentially fetch hundreds of thousands of dollars at auction.

The work is going up for sale this Saturday at Auktionhaus Weidler in Nuremberg, one of 31 paintings and drawings attributed to the dictator available to the highest bidder, Fox News reports. It won’t be the first time Weidler has put Hitler’s work on the block.

In 2014 the auction house sold a watercolor signed A. Hitler along with a letter signed by Albert Bormann, the younger brother of Hitler’s personal secretary Martin Bormann, for $161,000, Newsweek reports. In 2015, a lot of 14 of the future Führer’s paintings went for around $450,000.

“Many of the buyers come from Arab countries and Iran, where anti-Semitism is high, and that may motivate purchases,” Stefan Koldehoff, cultural editor of German public radio, Deutschlandfunk, told Fox News.

The artwork is probably not sought after for its artistic merit. Hitler may be the world’s most famous art school reject, having been denied admission to the Vienna Academy of Fine Arts twice. He nonetheless pursued his painting as a penniless landscape artist in Vienna before the onset of World War I.

The international market for Hitler’s work is considerable and includes collectors in China and Russia. Because of the demand, forgeries are not uncommon. Some experts estimate 95% of Hitler paintings on the market are inauthentic, Fox News reports. Just last month police raided the Kloss auction house in Berlin, confiscating three paintings believed to have forged authentication certificates.

Koldehoff told Fox News that because of the doubtful provenance surrounding much of this artwork many auction houses list it under “probably by Adolf Hitler.”

But the 31 pieces up for grabs at Auktionhaus Weidler have gone through authentication. Fox reports the house’s auctioneer Kerstin Weidler told Germany’s public international broadcaster Deutsche Welle. “We do lighting tests, and we selected them because we believe they are by Hitler.”