The Case For A Queen Esther Disney Film 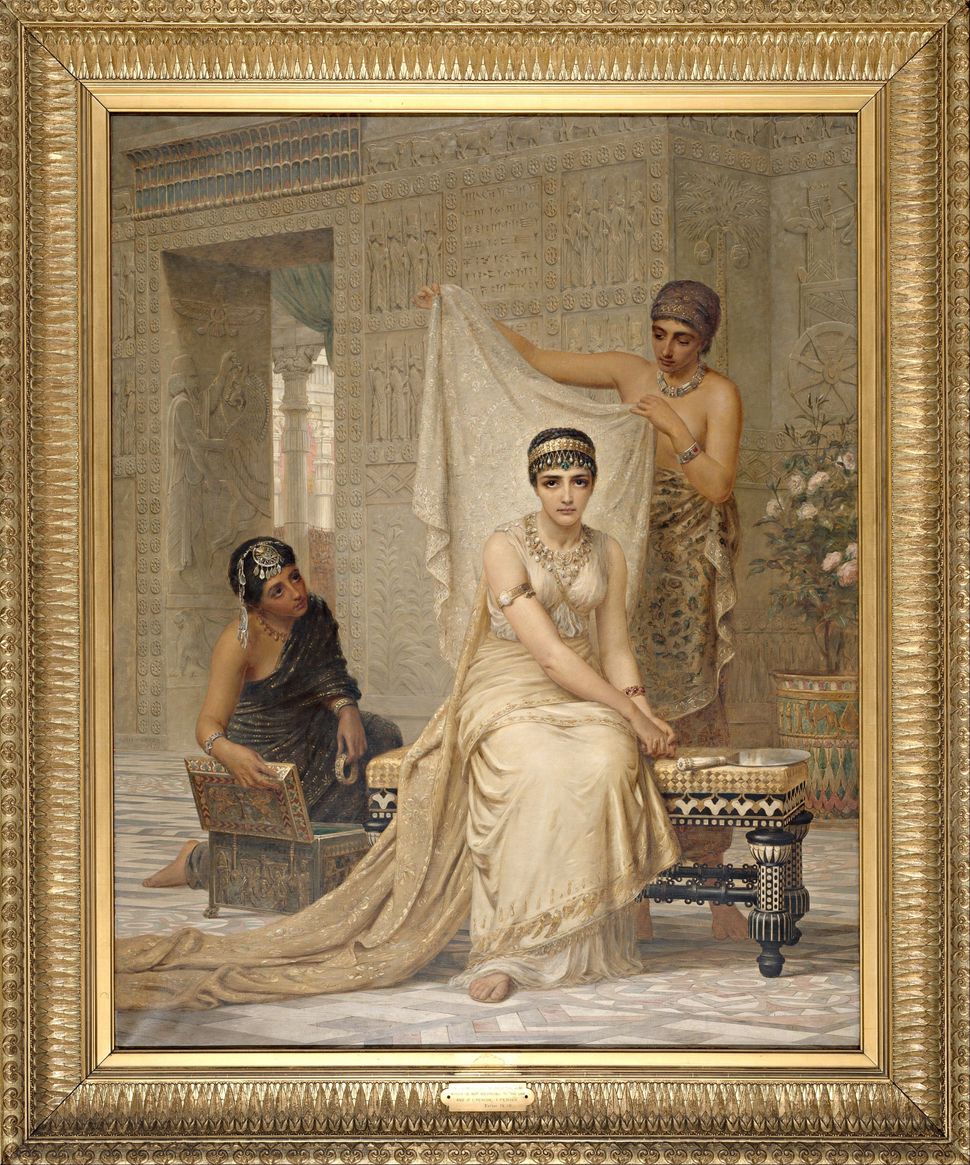 With the acquisition of Lucasfilm, the multi-billion dollar handshake that forged the Marvel-Disney partnership and an incipient deal with Fox, Mickey Mouse owns almost every brand worth having.

This mass cultural monopolization has its benefits. For the first time in anyone’s lifetime a film could now, without breach of current copyright law, show stormtroopers from “Star Wars,” Iron Man and the Disney princesses all in the same room. In fact, a film already has. 2018’s “Ralph Breaks the Internet” crammed all of these icons into every last cranny of its frames. But the most satisfying universe-melding present in the film is a sequence where Snow White, Elsa, Moana and more join forces to rescue Vanellope von Schweetz, Sarah Silverman’s plucky avatar and (by Silverman’s own assertion) Disney’s first Jewish princess. Not so fast.

Disney’s monopoly may, in its way, be good for the fandoms, but it is not yet good for the Jews. The one world that Disney has yet to ransack for intellectual property is that of our scripture. Jewish children deserve better than the unofficially Jew-y von Schweetz — a 12-year-old girl from a candy-themed racing video game called “Sugar Rush.” That is why this Purim, which begins the same night Disney is set to close on its $71.3 billion absorption of Fox, I am begging Bob Iger to cross the Tanakh Rubicon and enshrine Queen Esther as a member of Disney royalty.

I hear the objections already. Esther is an important figure in our faith and would somehow be debased by a cartoon treatment. To this I say: Lighten up, I’m not suggesting they make the barren Rachel belt out an “I Wish” number with a chorus of cartoon hoopoes.

Esther is a quality candidate for Disneyfication. For one thing, her story is already connected to one of our most festive holidays (a tie-in Jewish communities and Disney would surely appreciate once they can figure out how to manage screenings around a lunar calendar).

Another point in Esther’s favor is that her story has some distance from an explicitly religious concern.

While Esther’s Jewish background is essential to the plot, in which she saves Persia’s Jews by revealing her faith to her husband, the Persian king, the Megillah is one of only two books in the Hebrew Bible that doesn’t mention God. This omission renders what could be a religiously-loaded or (“agenda-y”) film into something more mainstream: A thrilling tale of hidden identity and bravery for the good of an imperiled people.

Esther’s classic journey from orphan girl to queendom has broad appeal and is one of the most cogent and entertaining scenarios in our literature. Hers is a Cinderella story if Cinderella did more than just find herself husband material.

The key to any good Disney film is a solid villain, and boy does Esther have that. Haman (Booo!) is a cartoonishly evil vizier in the mode of Jafar but with an even more ridiculous hat. While his plan for genocide based on a perceived slight by Esther’s relative Mordechai may seem dark for a Disney film, it’s honestly nothing they haven’t covered before. (See: Judge Claude Frollo of “The Hunchback of Notre Dame” and his ideas on France’s Romani population).

Another point in the prospective film’s favor is that it would give Disney a second chance to explore a part of the world it hasn’t always handled with the utmost sensitivity. While Aladdin’s fictional Agrabah — a Middle Eastern-style city — may be the backdrop of a beloved film, the way it treats the culture is in an accurate if overused word: problematic. Should Disney revisit the region with Esther’s story, set in 5th Century BC Persia, the studio can get a do-over that distracts us from their latest crime in the region — looking at you Will Smith Genie.

But in having the movie take place in what-is-now Iran with a Jewish protagonist, there’s a further benefit. If Disney can manage to make the Persian king Ahasuerus a sympathetic and even heroic love interest — granted, through a major overhaul of the source text — who knows what cultural effect it might have?

While Israel and Iran are not on the friendliest of terms, perhaps this story of a courtship between a Jewish woman and a Persian monarch might inspire peace.

Too blue sky? I take your point. But the prospect of seeing the pageantry of Purim’s simcha and spiels brought to life onscreen, of hearing some new additions to the Disney songbook courtesy of Alan Menken or Marc Shaiman and of absorbing the joy of young Jews seeing themselves in the culture make it well worth the investment.

Plus if we include a cute camel or donkey sidekick I’m sure we could kill on merchandising.

The Case For A Queen Esther Disney Film