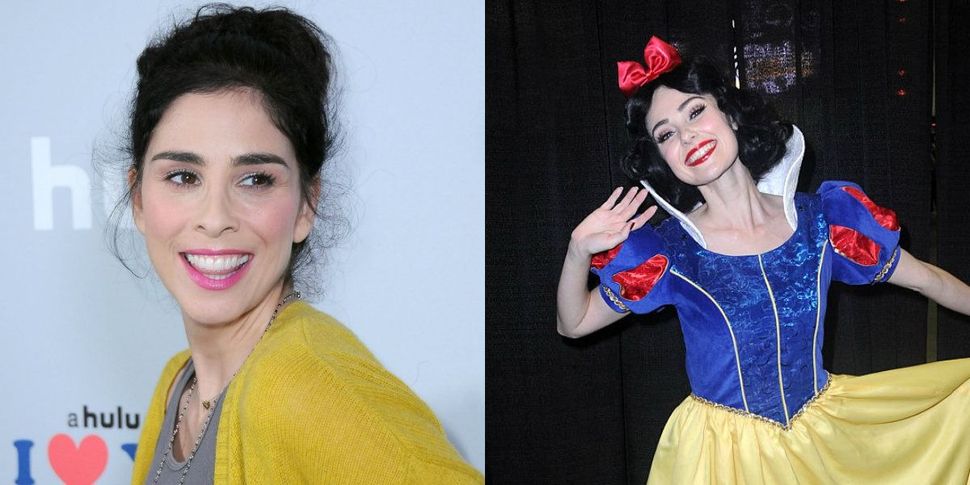 Sarah Silverman and the directors of her 2012 animated movie “Wreck It Ralph” and its new sequel “Ralph Breaks the Internet,” contend that as video game character Vanellope von Schweetz, Silverman voices the first Jewish Disney princess.

At the end of the first “Ralph” movie, the truth comes out: Vanellope is a princess in exile. (It’s not as “fancy” as being president, the royal modestly admits.)

On November 15, in an interview with Yahoo Entertainment, Silverman and “Ralph” directors Rich Moore and Phil Johnston confirmed that Vanellope von Schweetz is a Jewish character. “I say she is. Nobody has said no. So, yeah,” Silverman said. “A Jewish animated princess, absolutely,” Johnston added.

Okay. This has us feeling all kinds of ways.

1.How dare they.
2.How dare them give us a “Jewish Disney princess” named “Vanellope” whose religion is never mentioned and lives in a video game??
3.A Jewish Disney princess, though! Watershed!
4.This is the Uganda Plan of Jewish Disney princess offers.
5.Sarah Silverman though! We should be so lucky!
6.It is good for young Jewish girls (and boys!) to see modes of traditional femininity challenged!
7.Why should Jews always get saddled with doing that, though?
8.Plus her eyes are still the size of hubcaps, so its not like it’s challenging anything too much.
9.What kind of Jewish name is Vanellope von Schweetz?
10.Okay sorry, that was a micro-aggression.
11.So now to support thriving Jewish culture, I have to see the sequel to “Wreck It Ralph”? Unacceptable.
12.Sarah Silverman has truly had the greatest personal and moral glow up imaginable.
13.Then of course, there’s the whole conversation about whether Disney was an anti-Semite or not.
14.But we can’t get into that right now.
15.Okay but seriously, she’s not a Disney princess if she doesn’t get a song. (Edit: Forward Culture writer PJ Grisar has pointed out that Vanellope does indeed have a song — about wishing to be in a video game called “Slaughter Race.” Why? Why must it be “Slaughter Race”?)
16.Let Silverman sing! Never forget her classic number, “Give the Jew Girl Toys”!
17.Silverman says Vanellope is Jewish because she and Vanellope “have the same coloring,” and because Vanellope is “feisty” and “a little pushy.”
18.Oy, okay.