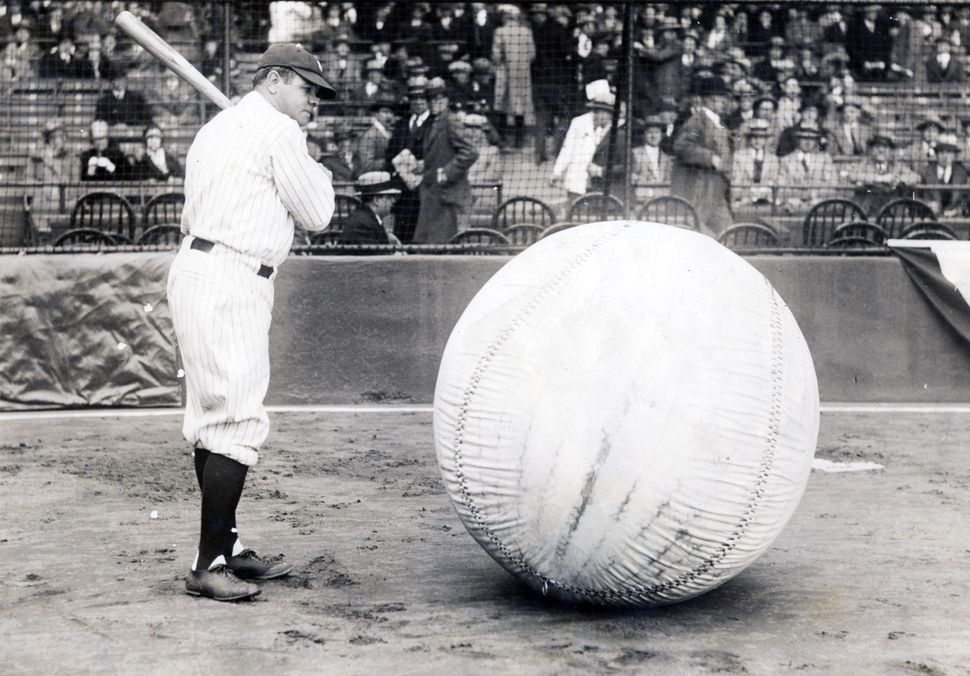 Like a New Year celebration, Major League Baseball’s annual opening day brings with it an opportunity to start afresh: to leave the past behind and to begin anew with a clean slate. Every team begins the new season as a reborn entity: The reigning World Champions and last year’s losers are equal going into the first game. Who they will be in the new season is entirely dependent on how they perform in the here and now; there are no laurels upon which to rest. The overwhelming majority of teams did not make it to the playoffs in the previous season. So teams and fans alike look forward to what the new season brings: the chance for doing better than the previous year, dangling the ever-elusive promise of a potential World Series win.

If this sounds vaguely familiar, that’s because it is. The new baseball season is much like the Jewish new year, when the selichot period of repentance during the month of Elul leading into the Days of Awe presents every person with the opportunity to settle one’s accounts from the past year and to start the new year afresh. In technological terms, a reboot or a reset. Gains or losses are not cumulative, but rather perennial. Each year offers the opportunity to do teshuvah, to return to a place of goodness via repentance. As Maimonides wrote, “Even if a man has sinned his whole life and repents on the day of his death, all his sins are forgiven him.”

Major League Baseball’s opening day this year falls on Wednesday, March 28. There is no fixed date for opening day; it typically occurs in the first week of April, on a Monday, Thursday or Friday, although in recent years it has been drifting into March, so that at the other end of the baseball calendar — especially what with an expanded playoff season — World Series games don’t run too far into November.

For baseball fanatics, opening day has the feel of a major festival. Even Wikipedia gets it: “Opening Day is a state of mind as well, with countless baseball fans known to recognize this unofficial holiday as a good reason to call in sick at work or be truant from school (as most teams typically play their home opener in the afternoon) and go out to the ballpark for the first of 162 regular season games.” Opening day, in other words, is a veritable yontef, a holiday. Not for nothing did thoughtful sports journalist Thomas Boswell once pen a book titled “Why Time Begins on Opening Day.”

The general proximity of opening day and Passover has been fodder for much discussion about the thematic similarities between the start of the baseball season and Judaism’s spring festival. Both are tied to rebirth and redemption; indeed, Passover itself is considered a new year, and the month of Nisan, in which Passover (and opening day) always occurs, is known as the month of redemption. As it is written in the Talmud, “In Nisan we were redeemed, in Nissan we will be redeemed” ([Rosh Hashanah](https://forward.com/schmooze/320610/rosh-hashana/ “Rosh Hashanah”) 11a).

In the lead-up to Passover, Jews traditionally do a thorough spring cleaning in order to eradicate any hametz from their homes. The crumbs of hametz are the physical manifestation of the swelling of the ego. In baseball, the lead-up to opening day is spring training, a short exhibition season during which teams reconstitute themselves, training and retraining with all due humility in preparation for the new baseball season.

Speaking of humility, both baseball and Judaism elevate the concept of sacrifice to a primary value. Modern or rabbinic Judaism has its origins in a sacrificial cult, in which offerings of grain, meat and incense were brought to the altar of the Holy Temple. As much as it values its base-clearing home-run hitters, baseball, too, elevates the role and art of the sacrifice: Some of the most valuable ballplayers are experts at laying down a bunt or at popping up a sacrifice fly, incurring an out in order to advance a runner, thereby sacrificing individual glory for the greater good of the team.

Passover, of course, is the story of liberation from slavery into freedom — historically, the freedom to coalesce into a new nation. The new baseball season, likewise, gives teams the chance to reinvent themselves, freed from the confines of the previous season’s statistical tally. Indeed, the final sentence of the Passover Seder — “Next year in Jerusalem” — finds its echo in baseball in its annual, ritualized utterance of consolation: “Wait till next year.”

And with that: Let’s Go, Mets!

Seth Rogovoy is a contributing editor at the Forward and a diehard, long-suffering fan of the often hapless but lovable New York Mets.